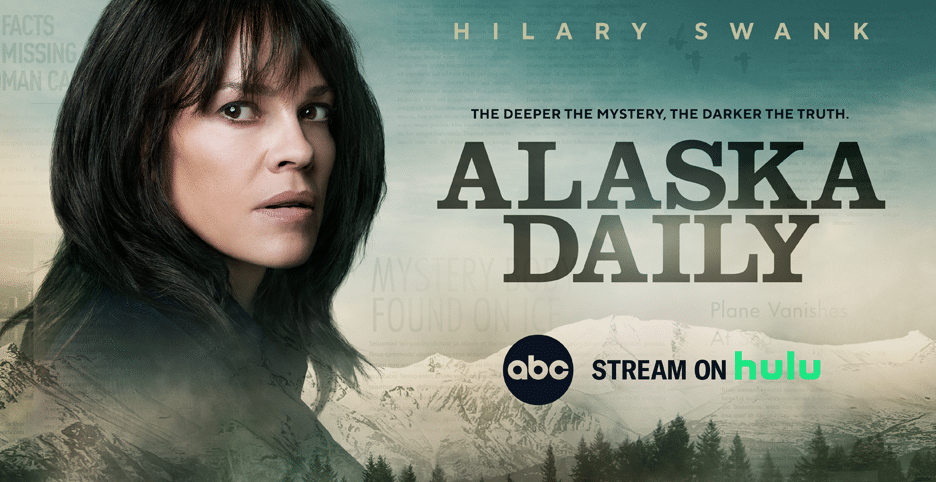 From the mind of Tom McCarthy (“Spotlight”), “Alaska Daily” stars Hilary Swank as Eileen Fitzgerald, a fiercely talented and award-winning investigative journalist who leaves her high-profile New York life behind after a fall from grace to join a daily metro newspaper in Anchorage on a journey to find both personal and professional redemption.

Check out the first look below:

The pilot episode is written and directed by Tom McCarthy.

The series will debut on ABC on Thursday 6th October 2022 at 10:01pm ET, with episodes being released the following day on Hulu.

With this series being created by 20th Television, expect to see this series also released as a Star Original on Disney+ internationally.

Roger has been a Disney fan since he was a kid and this interest has grown over the years. He has visited Disney Parks around the globe and has a vast collection of Disney movies and collectibles. He is the owner of What's On Disney Plus & DisKingdom. Email: Roger@WhatsOnDisneyPlus.com Twitter: Twitter.com/RogPalmerUK Facebook: Facebook.com/rogpalmeruk
View all posts
Tags: alaska daily