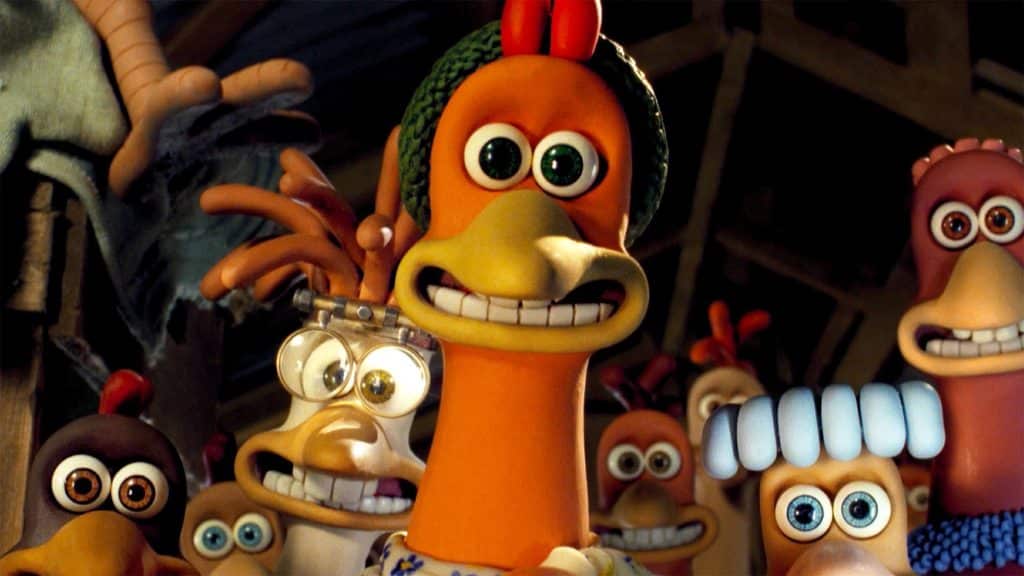 Disney has announced that the smash-hit animated film, “Chicken Run”, is going to be coming to Disney+ in the United Kingdom and Ireland on Friday 15th July 2022.

Trapped behind barbed wire, Ginger, Bunty and Fowler are chickens with a mission. They are determined to make a break for freedom but every escape goes “fowl” when they are caught by the evil Mrs. Tweedy who wants to turn them into pies. When an all-American rooster lands in the farm, Ginger sees her chance and together they prove that chicken are anything but, as they engage in a daring escape.

This film is being added as part of a larger offering of British-made films that are being added to Disney+ in the UK and Ireland to help fulfil a quota, which requires at least 30% of the content offered within a streaming service, be made within Europe. It also helps boost interest from British and Irish viewers, who want to watch films and shows that they can relate to easier.

Are you looking forward to watching “Chicken Run” on Disney+?

Roger has been a Disney fan since he was a kid and this interest has grown over the years. He has visited Disney Parks around the globe and has a vast collection of Disney movies and collectibles. He is the owner of What's On Disney Plus & DisKingdom. Email: Roger@WhatsOnDisneyPlus.com Twitter: Twitter.com/RogPalmerUK Facebook: Facebook.com/rogpalmeruk
View all posts
Tags: chicken run