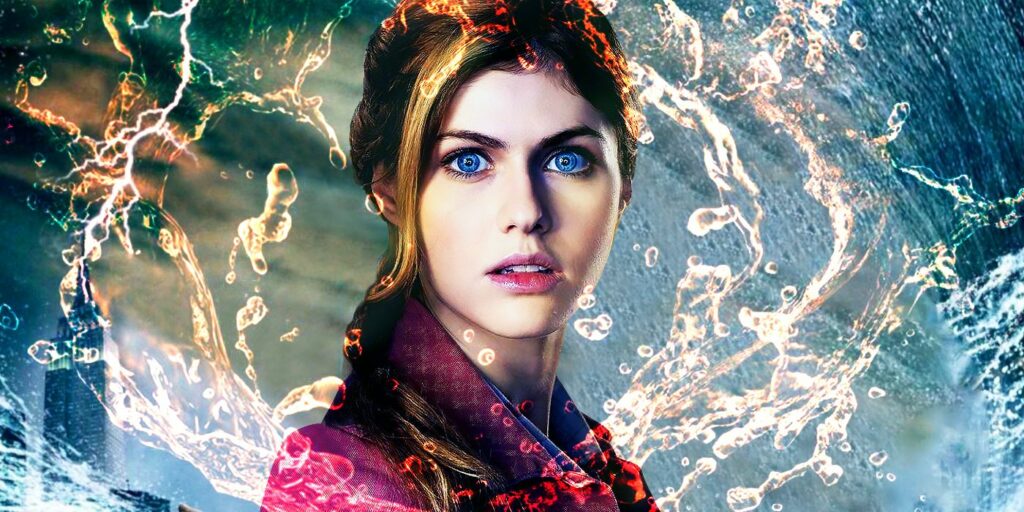 Development is currently underway on a new series for Disney+ based on the popular “Percy Jackson and the Olympians”, which tells the story of an accident prone teenager, Percy discovers he’s actually a demi-God, the son of Poseidon, and he is needed when Zeus’ lightning is stolen. Percy must master his new found skills in order to prevent a war between the Gods that could devastate the entire world.

Recently Alexandra Daddario, who played Annabeth Chase in the two “Percy Jackson” films, spoke on the WrapWomen’s “UnWrapped” podcast, where she was asked about appearing in the upcoming series set for Disney+, which she replied:

“No, I loved ‘Percy Jackson.’ Like, I loved it. When I stepped into ‘Percy Jackson’ and got that job, I had no idea what it was. I was like, a bit part actor in New York City, you know? I was a kid, I was working at a bar, I didn’t have any idea of Hollywood or of all this stuff. And so when I got that job, I didn’t really know what I was stepping into. I knew it was a really big movie. And it was the most amazing experience for a 22/23-year-old to have.”

“Chris Columbus, who directed it, and his producing partners were so supportive, I’m eternally grateful to them. And, you know, I learned so much and I’ve gone on to have a career in the business that I wanted to have. And that’s amazing.  I am so excited for the kids that are going to be cast in that and how they’ll inspire a new generation of young women. Like it’s so cool, Annabeth is a really inspiring character to people.  But no, I don’t know anything about it beyond that, and I shouldn’t! I was just the girl in the movie.”

Recently it was revealed by the “Percy Jackson” creator Rick Riordan that casting is currently underway on the new Disney+ series.

Are you looking forward to seeing the new “Percy Jackson” series on Disney+?