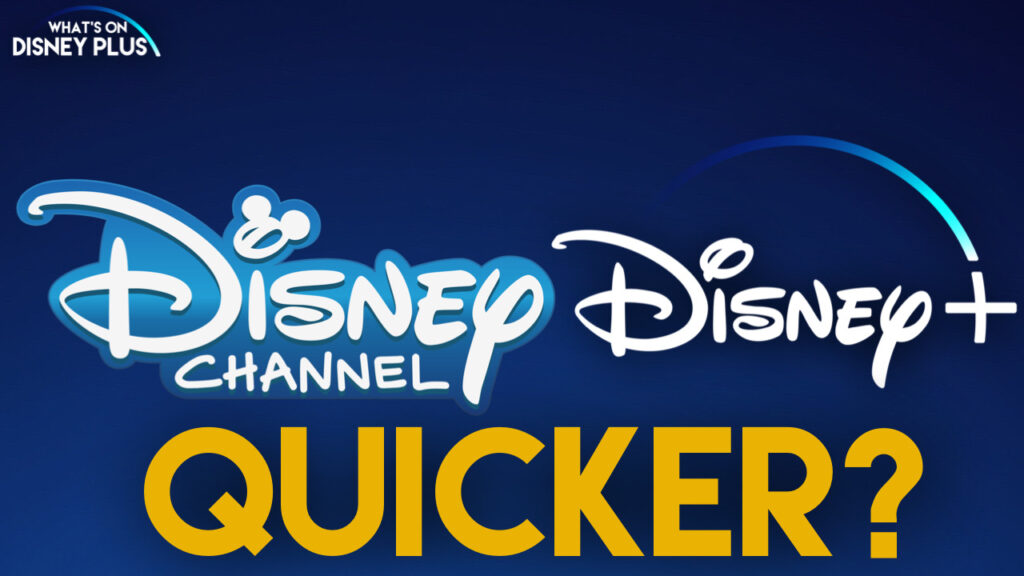 Disney+ has had some incredible success since it launched in November 2019, pulling in more subscribers globally in the first year than Disney had expected within 5 years. This has led to Disney executives saying they are going all-in on streaming and especially during the pandemic, made it the most important part of the business.

This huge success has seen Disney rev up its international plans to move away from linear television channels. In many countries such as the UK, Disney has already closed many of its Disney channels and there are plans for over 100 more TV stations set to close in different countries in 2021.

However, in the United States, very little has changed. Disney continues to operate ABC, the Disney Channel, Freeform and FX in a similar way to it has for years, still clinging to its television roots, especially when it comes to release schedules.

When the Disney Channel announces a new show or movie, it rarely acknowledges Disney+ exists, since it only seems to be focused on getting viewers to watch its cable TV or DisneyNOW streaming app (this is an entirely different problem).

Back when Disney+ launched, new Disney Channel shows would be only added to Disney+ a month or so after the finale has aired. Sometimes that could be 6 to 8 months after the first episode has been released.

This has slowly improved, with Disney now experimenting in dropping batches of new episodes onto Disney+, but it can still be nearly 2 months between the debut of a new show and the first batch to arrive on Disney+. Often losing all the momentum the show has built up on social media. New shows like “Mickey Mouse Funhouse” and “Spidey And His Amazing Friends” are going to be huge hits this year, but they are debuting on the Disney Channel first.

Younger Disney+ subscribers make up the majority of Disney+ viewers in the United States and children now are used to watching shows on-demand, they aren’t used to linear TV, where they have to tune in at a certain time to watch something. Disney+ provides them with everything they want now.

I’m contacted almost daily by people asking when a new Disney Channel show or episode is available on Disney+, because Disney has caused so much confusion for its consumers, people assume the Disney Channel and Disney+ are in sync, or even the same thing. Which makes sense, especially with Disney releasing new episodes of ABC or FX shows onto Hulu the day after they air.

This is even more frustrating internationally, as the Disney Channel doesn’t even exist. Why Disney is holding back new content for months, when there doesn’t seem to be a need to, especially in some countries where the Disney Channel hasn’t been available for nearly a year.
What’s worse is that Disney Channel content is only available on Disney+ in many countries such as the United Kingdom. Disney is losing out on so much publicity over these shows. Every Wednesday or Friday, new episodes could be released alongside the US release schedule, boosting up the viewership of the show, creating hype and ideally selling more merchandise (especially in the run-up to Christmas).

A worldwide single approach to dealing with Disney Channel content is needed. This would remove the confusion, by keeping things streamlined. They could debut a new episode on the Disney Channel and make it available, on the next Wednesday, or follow what DisneyNow and Hulu do in the US, with them available either the next day or on the same day of airing.

In a world where everyone is using social media, having mixed messages does make things more complicated.  It’s one of the great things about Disney+ Originals, it’s so simple.  The majority of them are available everywhere at the same time.   This is exactly what Disney Channel needs to do more regularly.

Disney has shown it can already release shows simultaneously around the world at the same time and it’s literally wasting brand new original content like:

Adding a brand new original movie onto Disney+ would have made it a huge success, whereas, in reality, the film was the lowest viewed Disney Channel Original Movie ever, with just over half a million viewers for its premiere. Nearly 2 million less viewers than “Zombies 2” and 4 million less than “Descendants 3”. Showing a massive decline in viewership year on year.

The Disney Channel is still clinging to its old ways. Is this just because Disney doesn’t want to upset its carriage partners? Keeping advertisers happy? This is even more strange for international releases, since none of this is an issue.  Holding back a film or series in Australia or the UK doesn’t impact on any other company.

What do you think of Disney Channel shows and films taking so long to arrive on Disney+?