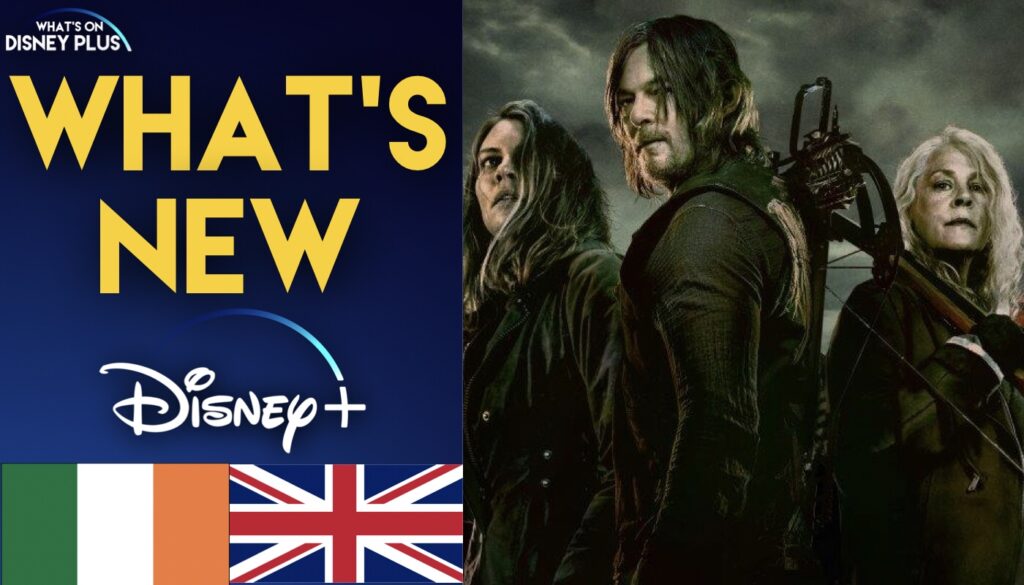 It’s Monday and today sees the launch of the first episode of the eleventh and final season of “The Walking Dead” on Star On Disney+ in the United Kingdom, Ireland and some other European countries.

Returning to Alexandria from a critical food mission, the group realizes it isn’t enough. Maggie proposes a new plan, potentially a suicide mission. What choice do they have? They must find more food for all their people in order to survive and efficiently rebuild Alexandria. If they don’t, Alexandria falls, taking them down with it. Once on the road, a violent storm erupts forcing them underground into a subway tunnel. As nerves fray and suspicions increase, chaos ensues. The terror is relentless as our people get a glimpse of what Maggie and her group endured prior to returning to Alexandria. Meanwhile, those captured by the strange soldiers are relocated to another undisclosed location.

New episodes from the 11th season of “The Walking Dead” will be released weekly on Star On Disney+ on Mondays.

Are you going to be checking out the latest episode of “The Walking Dead”?

Roger has been a Disney fan since he was a kid and this interest has grown over the years. He has visited Disney Parks around the globe and has a vast collection of Disney movies and collectibles. He is the owner of What's On Disney Plus & DisKingdom. Email: Roger@WhatsOnDisneyPlus.com Twitter: Twitter.com/RogPalmerUK Facebook: Facebook.com/rogpalmeruk
View all posts
Tags: the walking dead, uk, what's new