The series is set iin the wake of a zombie apocalypse, various survivors struggle to stay alive. As they search for safety and evade the undead, they are forced to grapple with rival groups and difficult choices.

In this new episode, called “Rendition“, Daryl and Dog get captured by the Reapers; they are taken to the Meridian and reconnect with a familiar figure from their past. 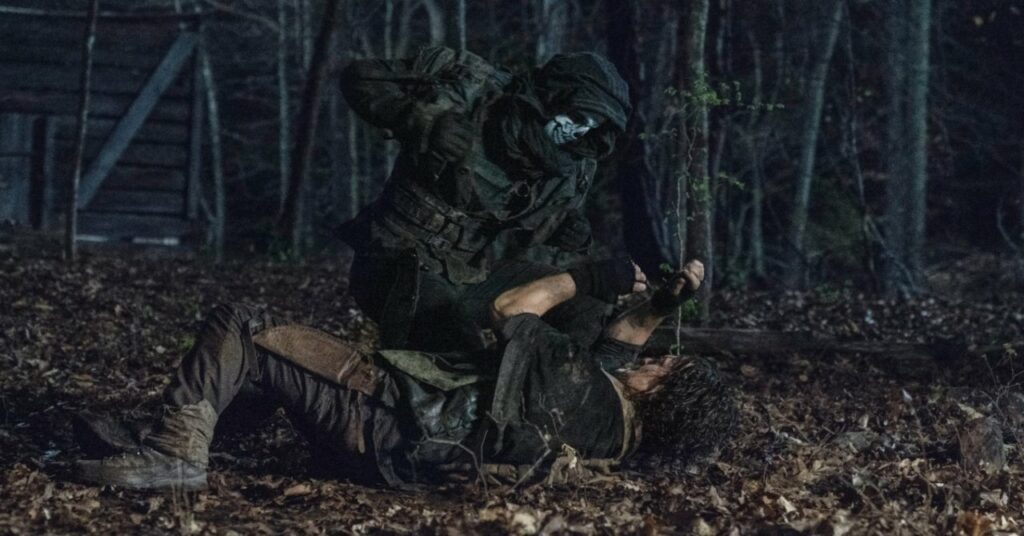