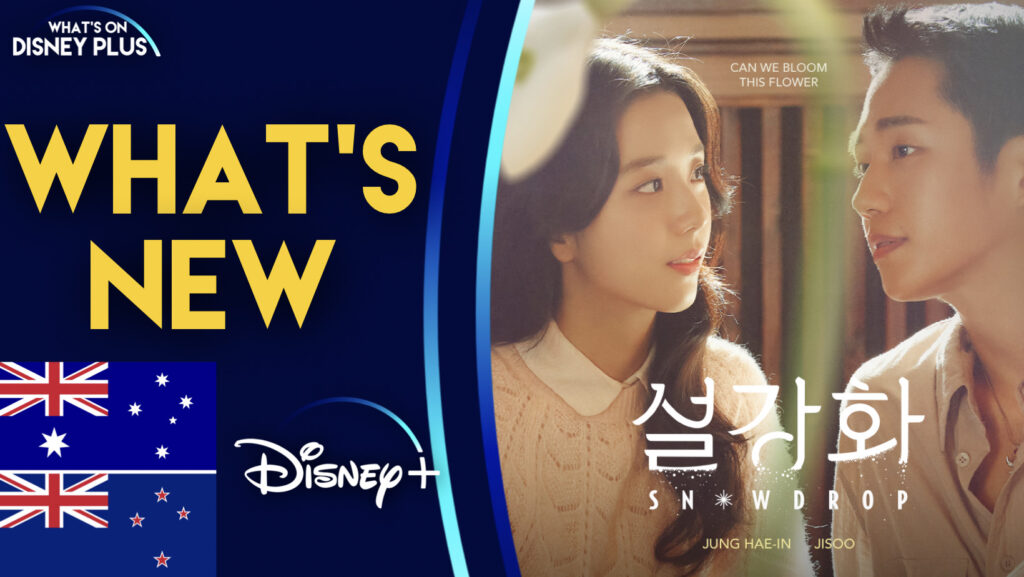 In a rare weekend release, the first two episodes of the South Korean Star Original series, “Snowdrop” were released onto Disney+ in Australia and New Zealand today.

In 1987, a bloody man jumps into a women’s university dormitory in Seoul. Young-ro, a female university student who falls in love with him at first sight at a group blind date, takes care of him despite the strict surveillance and dangerous situation. However, Young-ro is shocked to learn his secret. Despite heartbreakingly watching over his first love Young-ro, Soo-ho has no choice but to move according to the command in order to save his teammates and to go back to the his home country where his sibling awaits. Young-ro rejects the will of her father and works hand in hand with Soo-ho to save her beloved man and her friends. What will happen to their fate?

Originally, Disney announced that this series would be coming to Disney+ in Australia and New Zealand earlier in the week, but it didn’t arrive.  This might have been because the series didn’t get released in South Korea until today.

The series is also available on Disney+ in other countries within the Asia-Pacific region.  It’s also due to arrive at a later date on Disney+ internationally.

New episodes will be released on Disney+ in Australia and New Zealand every Wednesday.

Are you going to be checking out “Snowdrop” on Disney+?

Roger has been a Disney fan since he was a kid and this interest has grown over the years. He has visited Disney Parks around the globe and has a vast collection of Disney movies and collectibles. He is the owner of What's On Disney Plus & DisKingdom. Email: Roger@WhatsOnDisneyPlus.com Twitter: Twitter.com/RogPalmerUK Facebook: Facebook.com/rogpalmeruk
View all posts
Tags: snowdrop, what's new