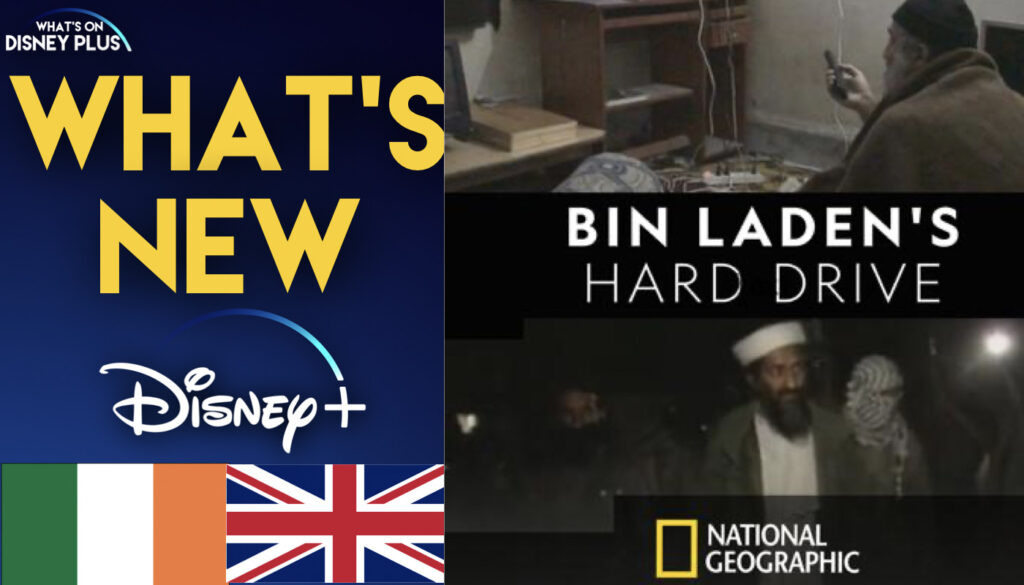 Today, Disney+ is commemorating the 20th anniversary of the events of 9/11, by releasing a National Geographic documentary, ‘Bin Laden’s Hard Drive’

Newly declassified hard drives taken from the compound where Osama bin Laden was killed reveal a groundbreaking look at his personal life. Experts sift through the 470,000 digital files to piece together a roadmap into the mind of a mass murderer. Examine his contradictory personal psychology, relationship with family and religion as well as his legacy of violence and destruction.

On May 2, 2011, almost a decade after masterminding the brazen 9/11 terrorist attack that would bring down New York’s Twin Towers, Osama bin Laden was tracked to a well-fortified safe house in Pakistan and killed. Now, almost a decade later, National Geographic and New York Times best-selling author and CNN National Security Analyst Peter Bergen presents a groundbreaking look at the al-Qa’ida founder’s personal life through an in-depth examination of newly declassified hard drives taken from the compound. With insights from CIA profilers, criminal psychologists, religious scholars, battle-tested military experts as well as men who personally knew bin Laden, the one-hour event special more than a year in the making, BIN LADEN’S HARD DRIVE, sifts through the trove of personal moments and the extremist content he created to piece together the story of the multifaceted man behind the headlines.

Nearly 470,000 digital files. 250 gigabytes of data. Over 100 USB drives, DVDs and CDs. Five computers. And multiple cell phones. Piecing together every shred of evidence from these items taken from the Abbottabad compound where bin Laden was killed, BIN LADEN’S HARD DRIVE scrutinizes the al-Qa’ida founder’s layered personal psychology, his relationship with his family, the lens through which he viewed faith and religion, as well as his nihilistic legacy of violence and destruction. The special offers a roadmap into the mind of a mass murderer that offers increasing twists and contradictions the deeper it goes.

Bergen leads a team of experts in the search for meaning in each letter and home video, leaving no item unturned in a quest for answers. Having produced the first televised interview with bin Laden in Afghanistan in 1997, and as the only Western reporter to tour the Abbottabad compound before it was demolished, Bergen is uniquely placed to reach for the essence of what made this terrorist leader tick.

Experts featured in the special include:

Will you be watching this documentary today?