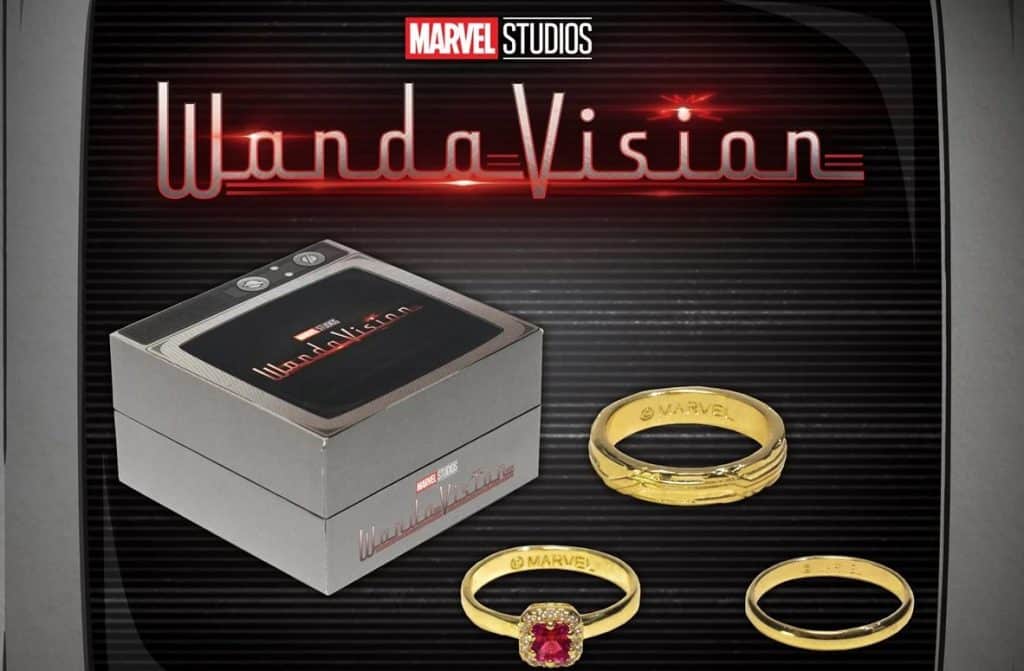 To tie-in with the release of the first episodes of “WandaVision” on Disney+, Entertainment Earth has released a 3 piece set featuring prop replica Wedding Rings.

These are only available from Entertainment Earth and are fashioned after the rings seen in the TV series. All three rings are made of stainless steel, and Wanda’s two rings measure approximately a women’s size 7, while Vision’s ring measures approximately a men’s size 10. You can only get these from Entertainment Earth, and quantities are limited, so order yours now so you don’t miss out!

After defeating Thanos, Wanda (Scarlet Witch) and Vision are living the newlywed life, trying to conceal their powers. But as they begin to enter new decades and encounter television tropes, the couple suspects things are not as they seem.

Here is a look at this WandaVision Wedding Rings Prop Replica 3-Piece Set: 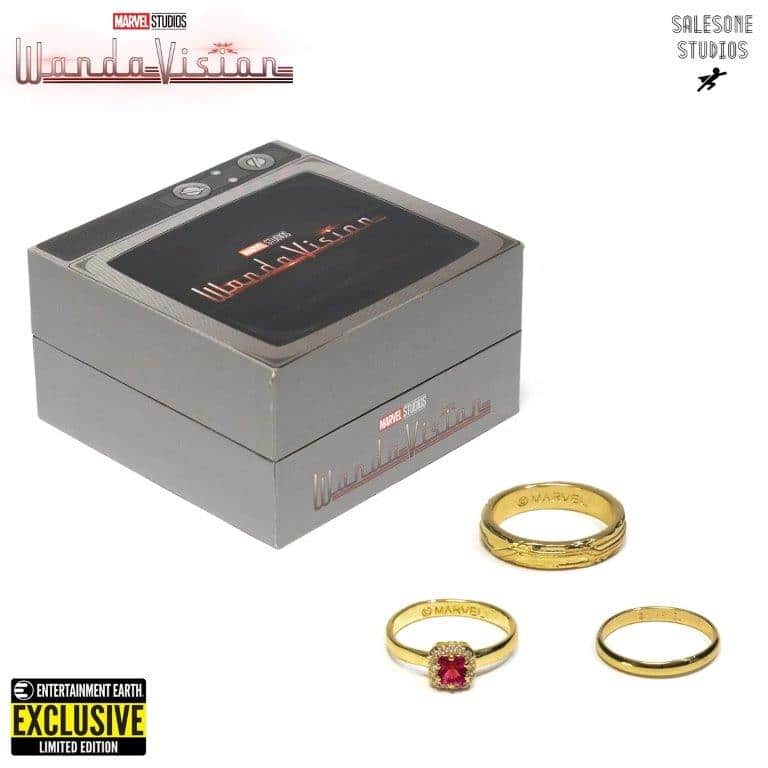 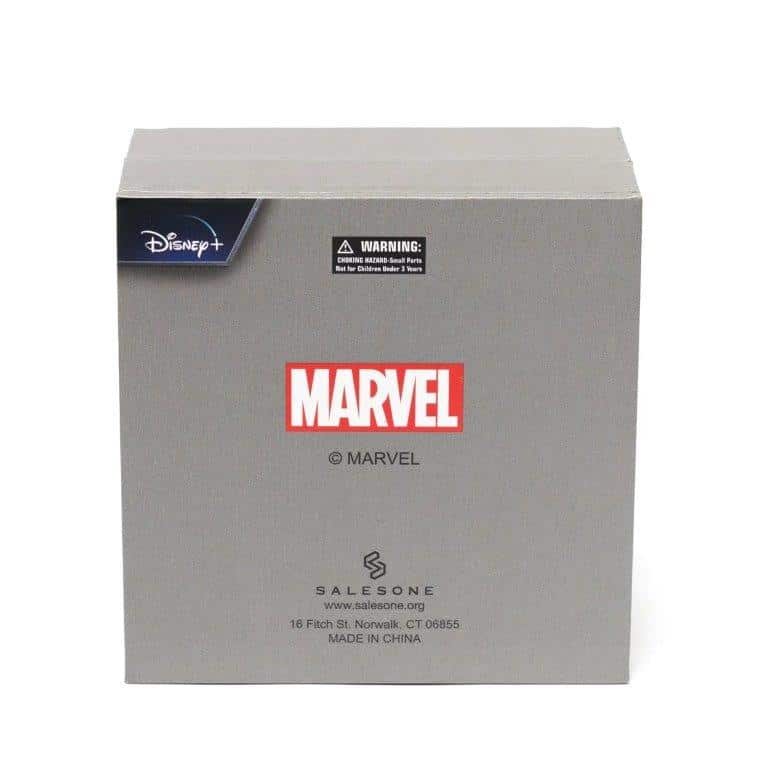 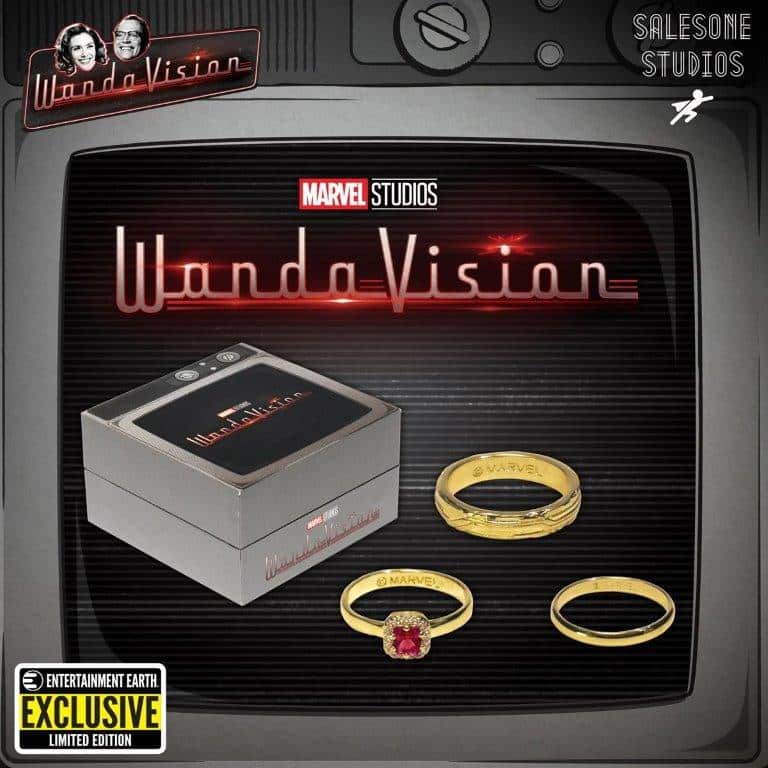