Vodafone has announced that it is launching two new TV packs in Spain called “FamilyFans” and “FamilyLovers”, which both include access to Disney+.  Giving subscribers access to a wide selection of original programming such as “Loki”, “The Mandalorian” and “The Mysterious Benedict Society”, in addition to the vast library of content from Disney, National Geographic, Marvel, Star Wars, Pixar and Star.

While the Familylovers pack includes everything in the Familyfans pack, along with access to Amazon Prime for €15 a month. 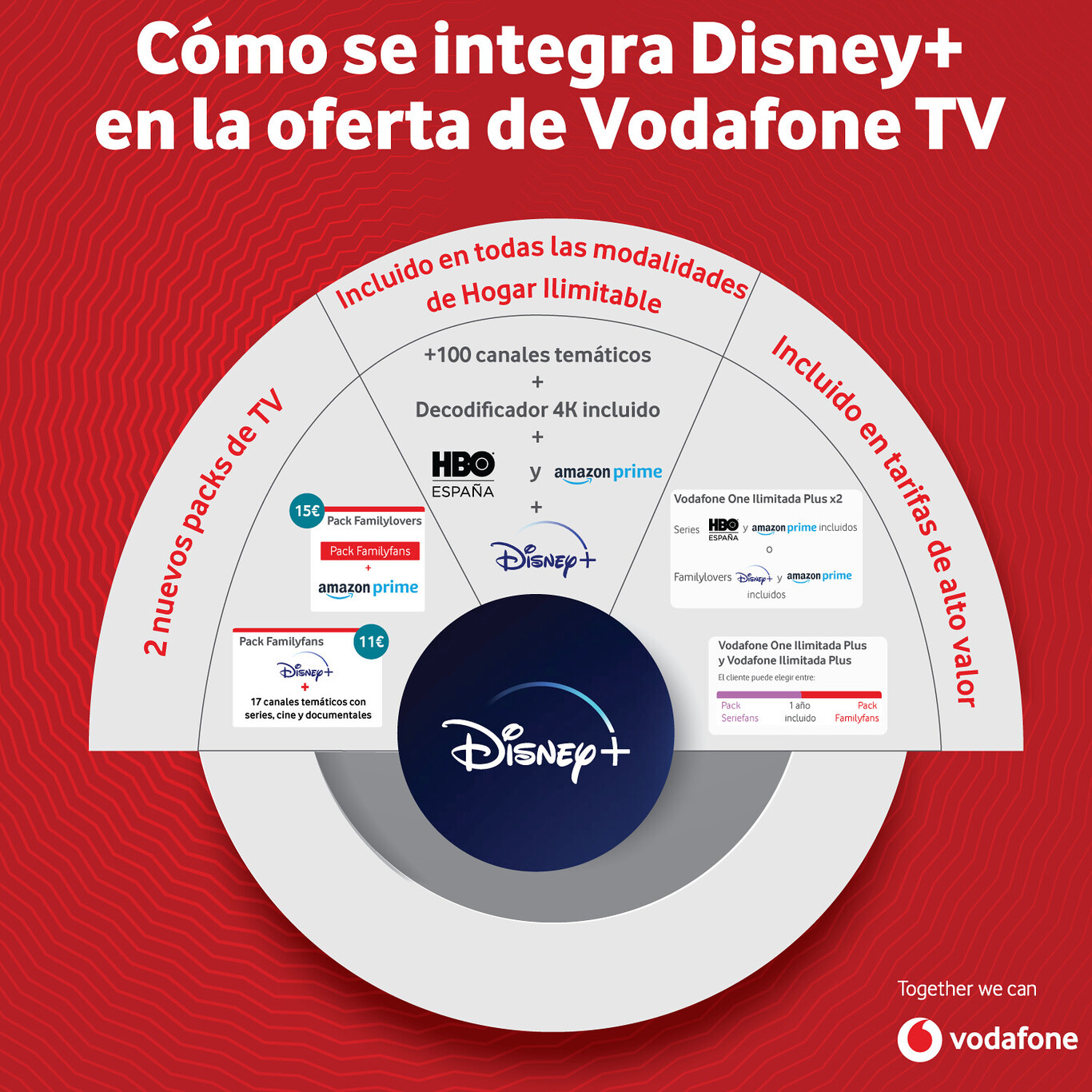 Roger has been a Disney fan since he was a kid and this interest has grown over the years. He has visited Disney Parks around the globe and has a vast collection of Disney movies and collectibles. He is the owner of What's On Disney Plus & DisKingdom. Email: Roger@WhatsOnDisneyPlus.com Twitter: Twitter.com/RogPalmerUK Facebook: Facebook.com/rogpalmeruk
View all posts
Tags: vodafone