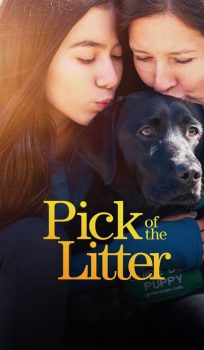 A docu-series based on the film of the same name, featuring the stories of service animals, their trainers, and their human companions. Follow the six loveable dogs ; Paco, Pacino, Tulane, Raffi, Amara, and Tartan as they embark on a fascinating and suspenseful quest to become Guide Dogs For the Blind, the ultimate canine career.

Pick of the Litter is produced by ABC Studios, a division of Disney Television Studios. The docu-series is executive produced by Dana Nachman, Don Hardy, Mary Celenza, and Josh & Dan Braun.