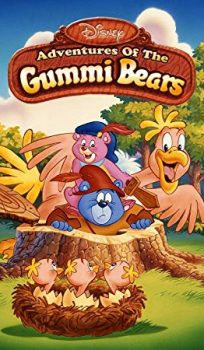 Adventures of the Gummi Bears

Long ago, there was a thriving civilization of small humanoid bears called Gummi Bears. Possessing powerful magic and advanced technology, this race coexisted with humans until the growing rivalry forced the Gummies to flee across the sea, leaving only a small caretaker colony to prepare for a possible return. However, generations passed and the colony forgot their purpose even as human knowledge of the race faded into mere legend. All that changes when the colony meets a boy with a Gummi Bear medallion which unlocks the Great Book of Gummi which reveals lost knowledge of their past. Now the colony has dedicated themselves to the new goal to rediscover their heritage with the help of a few trusted humans while preventing new enemies like Duke Igthorn from exploiting that heritage to their own ends.