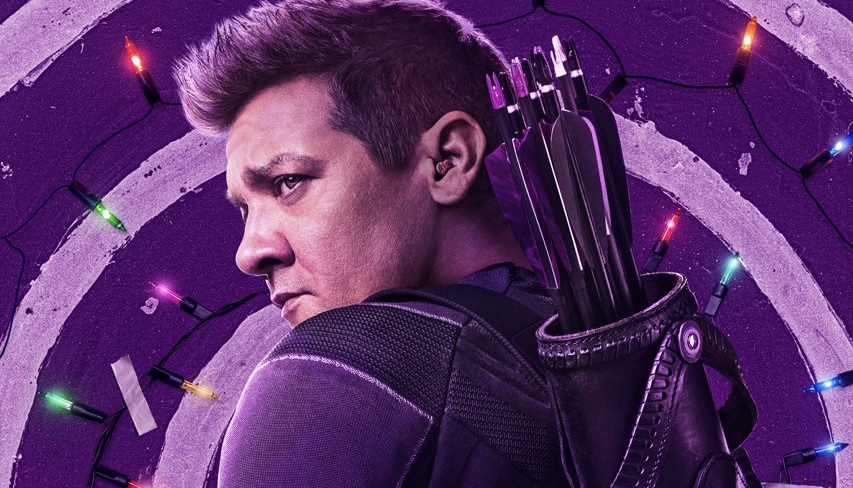 The posters include Jeremy Renner as Hawkeye, Hailee Steinfeld as Kate Bishop, and Lucky the Dog. 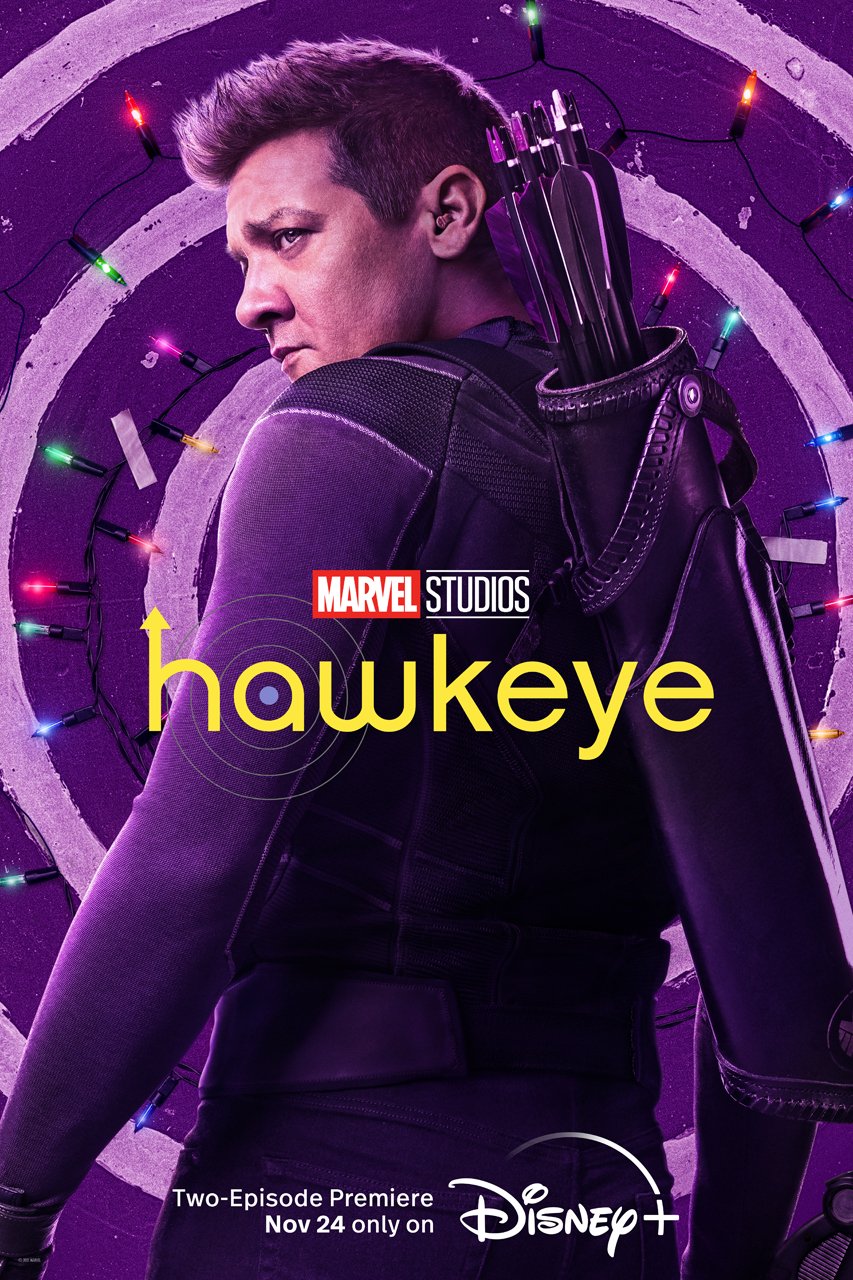 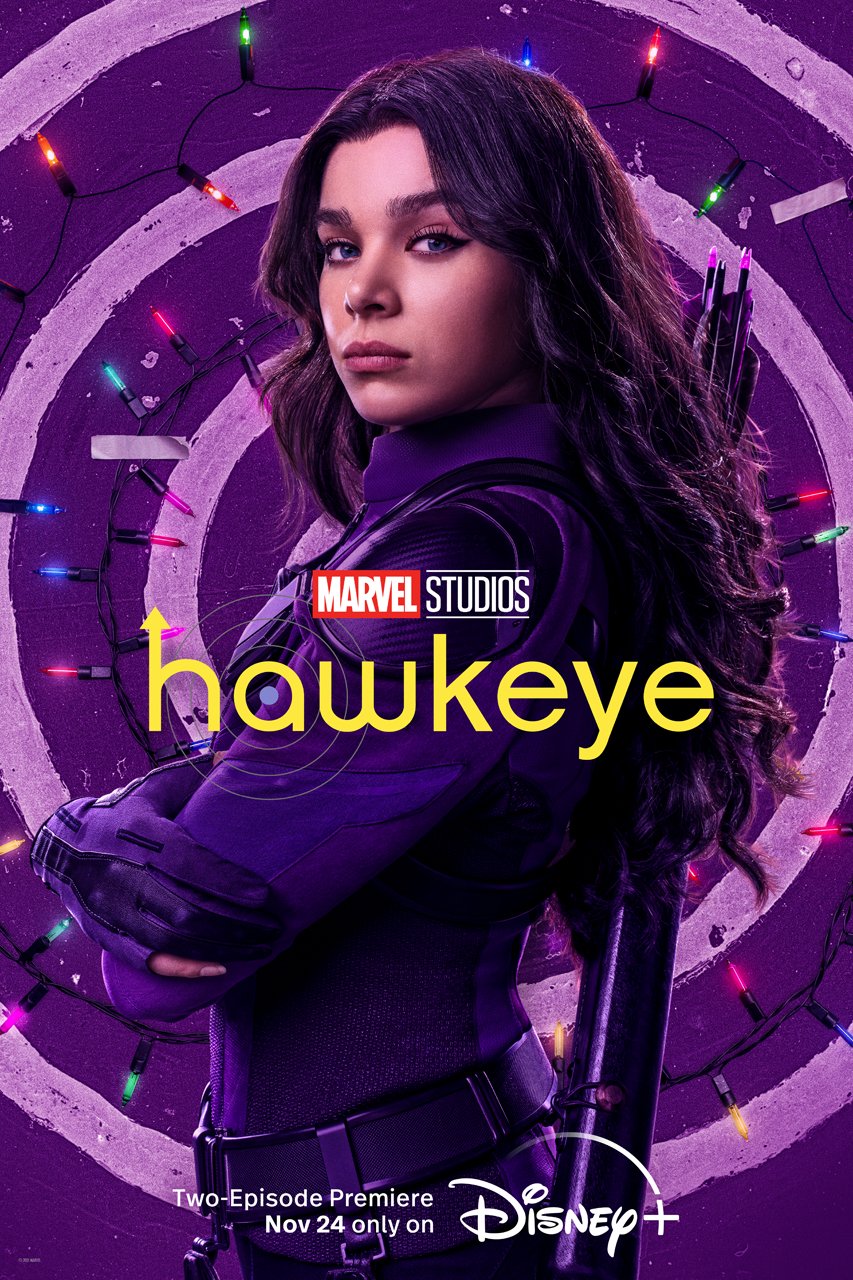 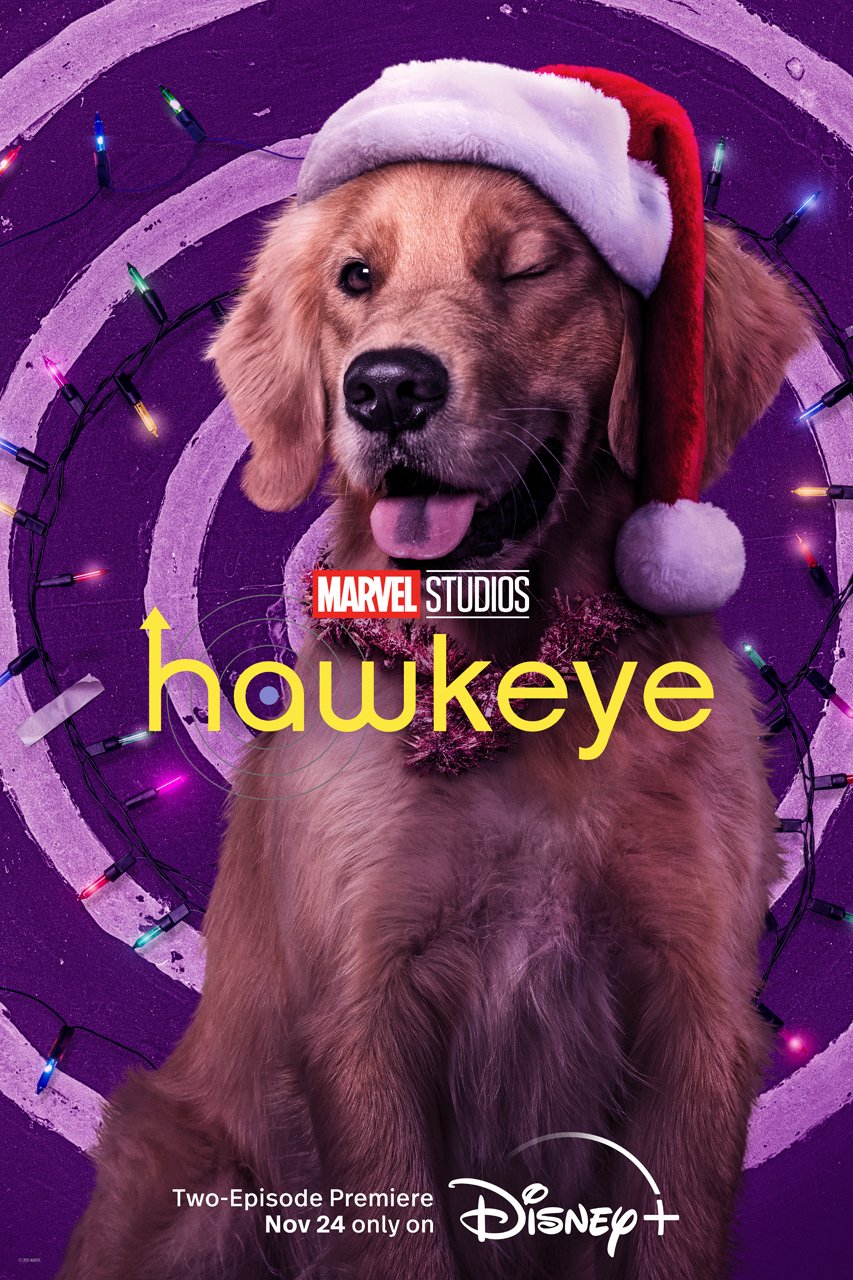