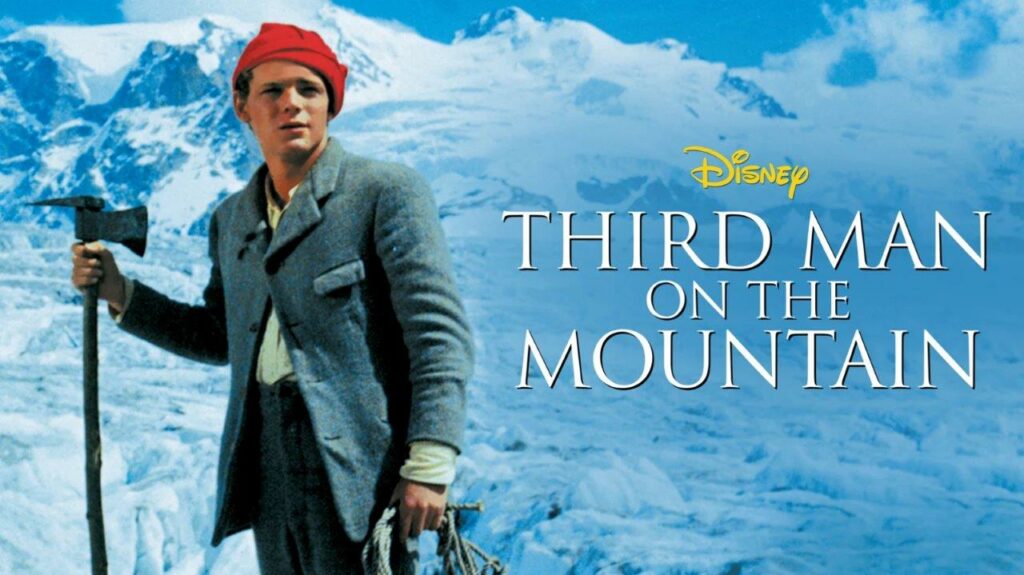 Disney has announced that it will be releasing the classic Walt Disney film “Third Man on the Mountain” onto Disney+ in the United States on Friday 2nd April.

Based on a true story, the film is a thrilling, critically acclaimed account of Rudi Matt (James MacArthur), a young kitchen worker who is determined to conquer the Citadel — the jagged, snowcapped peak that claimed his father’s life. Encouraged by both a famed English climber (Michael Rennie) and the youth’s devoted girlfriend (Janet Munro), Rudi goes through a grueling training period before he is ready to face the incredible dangers of the killer mountain.

Walt Disney used to take family vacations to Switzerland, which inspired him for this film and to also create  ‘Tom Sawyer in the Alps” and the popular Matterhorn Bobsleds attraction at Disneyland.

This film originally was released on November 10th, 1959 and was later aired on television in two parts in 1963 as Banner in the Sky, which was the name of the original book by James Ramsey Ullman. (Ullman happened to be vacationing in Zermatt at the foot of the Matterhorn while the film was being made, and the director gave him a cameo role as an American tourist, as he did with revered actress Helen Hayes, MacArthur’s mother.)   Disney also released on VHS in 1986 and it has also been released on digital platforms.

Are you looking forward to seeing “Third Man on the Mountain” arrive on Disney+?

Roger has been a Disney fan since he was a kid and this interest has grown over the years. He has visited Disney Parks around the globe and has a vast collection of Disney movies and collectibles. He is the owner of What's On Disney Plus & DisKingdom. Email: Roger@WhatsOnDisneyPlus.com Twitter: Twitter.com/RogPalmerUK Facebook: Facebook.com/rogpalmeruk
View all posts
Tags: Third Man on the Mountain