Mickey and Minnie are both members of pirate crews looking to find a treasure before Peg Leg Pete in the latest episode of “The Wonderful World of Mickey Mouse.” Mickey and Minnie each have half of the map and must work together to find the treasure. Along the way, they accidentally cause each other to get caught in disastrous situations, work together to save themselves, and then get some unexpected help to defend themselves from Pete when he finds them after they find the treasure.

This is not high up on my list of episodes from this series. It has some scenes I like, and I definitely enjoyed seeing Pete play the dastardly pirate villain, but some of this short just fell kind of flat for me. The overall humor was pretty good. I liked when Mickey tripped on a rock and Minnie was attacked by the swords and boulder. It had a nice “Pirates of the Caribbean” meets “Indiana Jones” vibe, but something still felt a little off. I didn’t really like how the crew sided with Minnie automatically after the mutiny against Pete. I understand why they would be sick of Pete, but I would’ve liked to see them go on their own rather than just join up with Mickey or Minnie. That’s just my personal taste though. There’s nothing objectively wrong with this short, I just am not that into it. 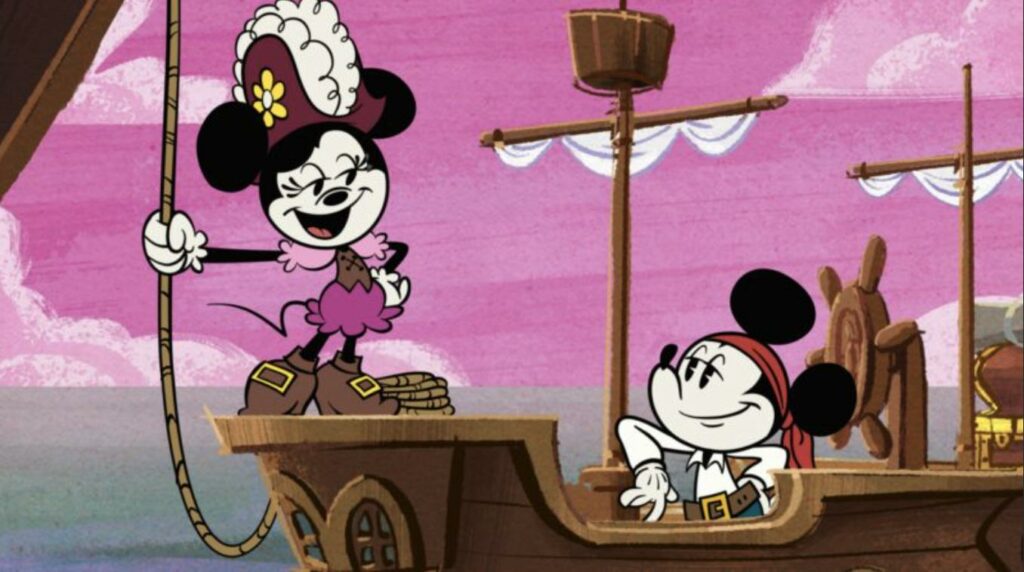 While this individual episode didn’t work for me, and this round of shorts hasn’t lived up to the standard of the first ten episodes, there’s still a lot of good here. I like incorporating more of the characters from Mickey and Minnie’s past shorts. I’d love to see Mortimer Mouse make a return. Maybe, we could see Chip and Dale or even Willie the Giant. I’m interested to see how they would fit in the current animation scheme. I like most of the animation overall. I even enjoyed Pete in this short. I’d love to see what else they can do moving forward.

Jeremy has been a big Disney fan since he was a kid growing up during the Disney Renaissance. One day he hopes to go to every Disney Park in the world.
View all posts
Tags: “The Wonderful World of Mickey Mouse”, disney, Disney+ Original, review, Untold Treasures