Mickey, Donald and Goofy are working as bellboys at a hotel in the latest episode of “The Wonderful World of Mickey Mouse.” The owner of the hotel is worried about its future and leaves Mickey, Donald and Goofy in charge. That’s when an entire circus shows up and they want room service. Mickey struggles to check them in. Donald struggles with the luggage. And, Goofy only has bread to serve the customers. In the end, Goofy, accidentally saves the day when he causes a flood of bread the circus performers love to eat.

This is my favorite of these shorts since “The Wonderful World of Mickey Mouse” returned. I love the interaction between Mickey, Goofy and Donald. With only Mickey and Minnie appearing in so many of the previous episodes, I’m happy to see some other characters. While the gags can be seen from a mile away, they still make me laugh. While predictability can be a detriment to some shows, it’s a plus for this one. Part of the fun is anticipating what’s going to come next, even if you can tell what it’s going to be. If the show was a full 30 minutes rather than 10, predictability might hurt it, but it works at the shorter length. 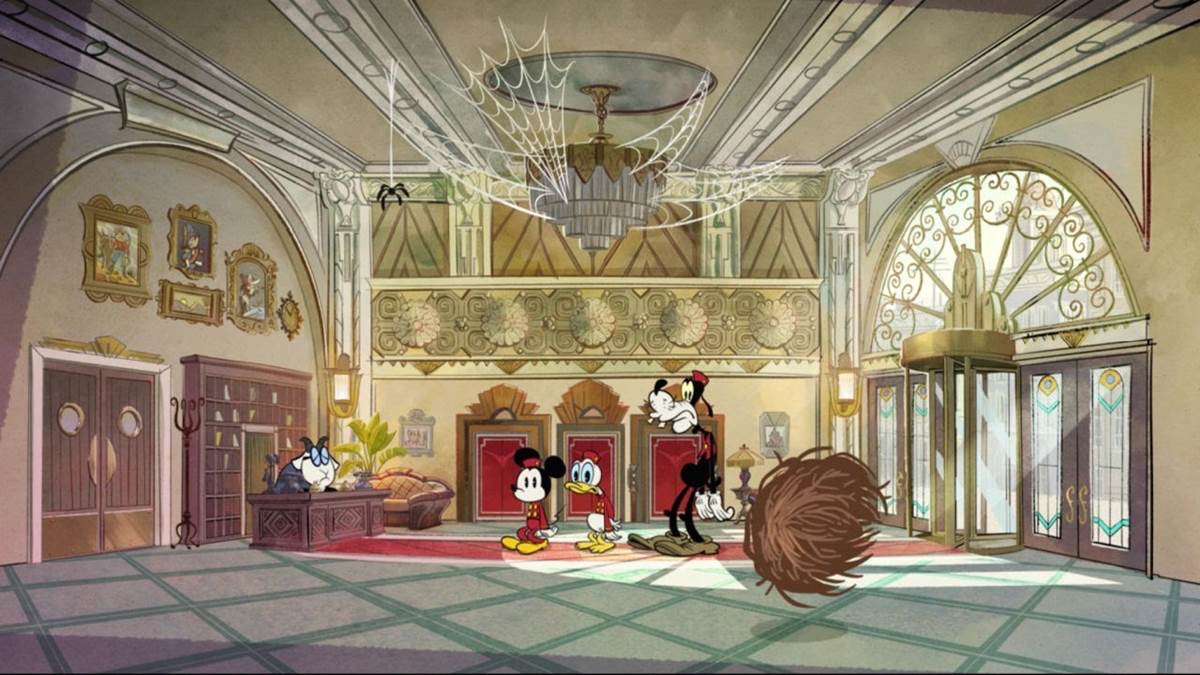 There’s very little negative I can say about this episode. I’m still not a fan of Goofy’s animation, but given that we haven’t seen him in a while, I was happy to see him. The character is still great, even if the animation leaves a lot to be desired. Part of me wishes they would release the two shorts each week as one episode divided into two shorts like the new Chip ‘N Dale series does, but that’s a minor gripe.

I love this series of shorts and I want it to continue. I want more interaction with the other characters like we got in this episode. It’s a great show for kids who have grown beyond the Disney Jr. Mickey shows to continue their love of Disney’s most beloved characters. Plus, it’s got a far better plot line than anything in Disney Jr.

Jeremy has been a big Disney fan since he was a kid growing up during the Disney Renaissance. One day he hopes to go to every Disney Park in the world.
View all posts
Tags: “The Wonderful World of Mickey Mouse”, Bellboys, disney, Disney+ Original, review