When Mickey and Minnie find a piano under a gazebo in the park the pair decide to sing a duet. But, when a snake-like agent hears them, he tricks them into constantly performing until their love for music is slowly sapped away in the latest “The Wonderful World of Mickey Mouse” short, “Duet for Two.”

While this series of shorts is certainly charming, and I’ve expounded numerous times about how much I like it overall, I didn’t like this short. I didn’t like seeing the agent take advantage of Mickey and Minnie. We’ve already seen ghosts take advantage of Mickey, now we have to see Minnie get duped as well. It’s unoriginal and uninspired. I understand the pair need to face some adversity, but this one wasn’t funny, it was just cruel. Yes, it was great seeing them find each other in the same park and start singing their duet just for each other again, but it took a lot to get there and it wasn’t fun or funny. 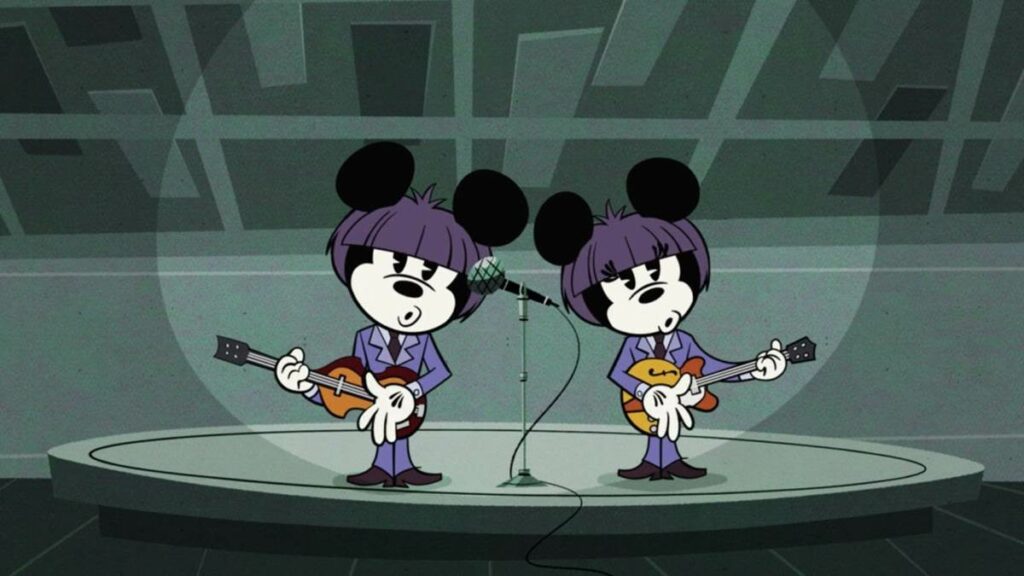 Also, it’s getting kind of tiresome to just see Mickey and Minnie this time around. I like the overall animation of this series; Goofy notwithstanding; so they need to incorporate more of their friends into these shorts. I miss seeing Donald, Daisy, Pluto, and Clarabelle. And, even though I don’t like the animation of Goofy, he’s still Goofy. I miss his antics. I miss hearing Bill Farmer’s voice. I miss Goofy even if I don’t like how he’s drawn. Some shorts where it’s just Mickey and Minnie are great, but we’re getting to the point where it’s just too many in a row without anyone else involved.

I love this series. I can’t wait for new episodes to drop each week so I can’t watch another short featuring some of the most iconic characters in animated history. But, I don’t love this episode. I don’t actively hate it, but if there was one episode so far that comes close, it’s this one. I just don’t like it.

Jeremy has been a big Disney fan since he was a kid growing up during the Disney Renaissance. One day he hopes to go to every Disney Park in the world.
View all posts
Tags: “The Wonderful World of Mickey Mouse”, disney, Disney+ Original, Duet for Two, review