What's On Disney Plus > Blog > Brands > Disney > The Secrets of Sulphur Springs Episode 109: As Time Goes By Review

Griffin and Harper make their way back to the present and study what may have happened to Savannah after the storm knocked a tree on the hatch back in 1960 in “As Time Goes By,” the latest episode of “Secrets of Sulphur Springs.” Once back, Sarah decides the Campbells are moving back to Chicago. Meanwhile, Harper studies town history and finds a picture of Savannah at the Tremont in 1962 where she is living with her adoptive family. After learning of Griffin’s family’s plans to move back to Chicago, Harper heads to the Tremont to see him and to try to figure out how to get to 1962 and still save Savannah.

This was the creepiest episode so far and it hit me in all the right suspenseful places. I loved seeing the mirror fog up and the word stay drawn on it while Sarah was talking on the phone about going back to Chicago. I love that when the series started the kids didn’t want to move from Chicago to Louisiana, but all three of the Campbell children want to stay in Sulphur Springs rather than head back to the big city. And, I love that we get a glimpse of Harper’s father as a child. He hasn’t been spoken of much in the series since he died before the series starts, but there have been some references to him and, specifically, Harper missing him. 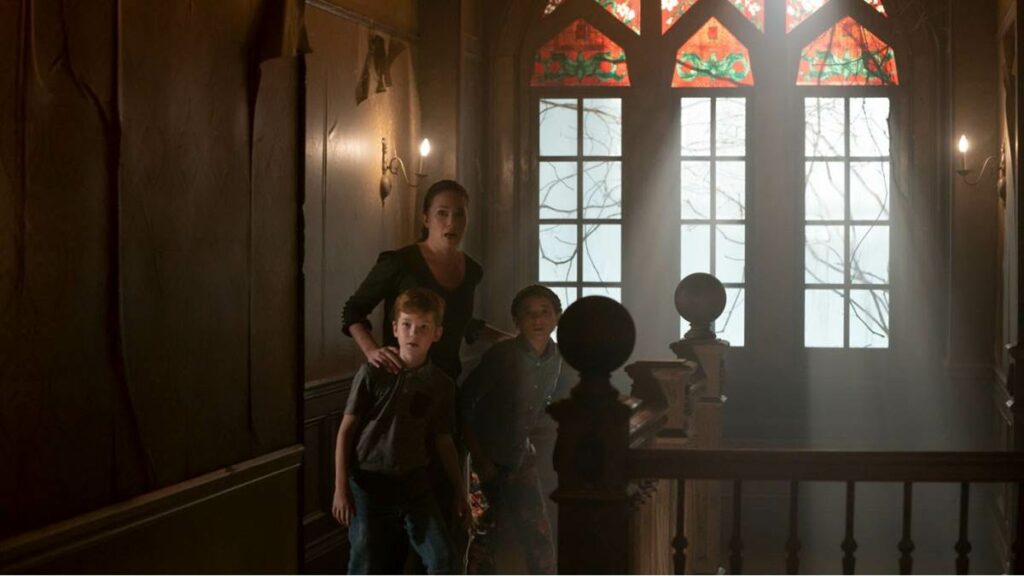 Now, I’m fully invested in how Griffin and Harper are going to get Savannah back to 1990 and what is actually haunting the Tremont if she didn’t die there. There is clearly something there that caused the mirror to fog up, but is it Savannah? Or is it something else entirely? I am curious to find out if Ben, Sarah and Jess will eventually find out about the time travel. Griffin and Harper are terrible liars and all three adults clearly know something is going on, but don’t know what. I believe, at least, Ben will discover the portal and travel through time as well.

This show has drawn me in more with each new episode. Each week, I’m more captivated than the last. I can’t wait to see where this season is going. I want to know about the futures for Savannah, Ben and Jess. While, Sarah is less enthralling than the rest, I am curious to see what she is going to do moving forward. I’m also curious if either Harper or Griffin end up stuck in time like Savannah was and a second season is dedicated to rescuing them. There are so many ways to build on this and I hope the show creators have something planned.

Jeremy has been a big Disney fan since he was a kid growing up during the Disney Renaissance. One day he hopes to go to every Disney Park in the world.
View all posts
Tags: As Time Goes By, disney, Disney Channel, review, Secrets Of Sulphur Springs