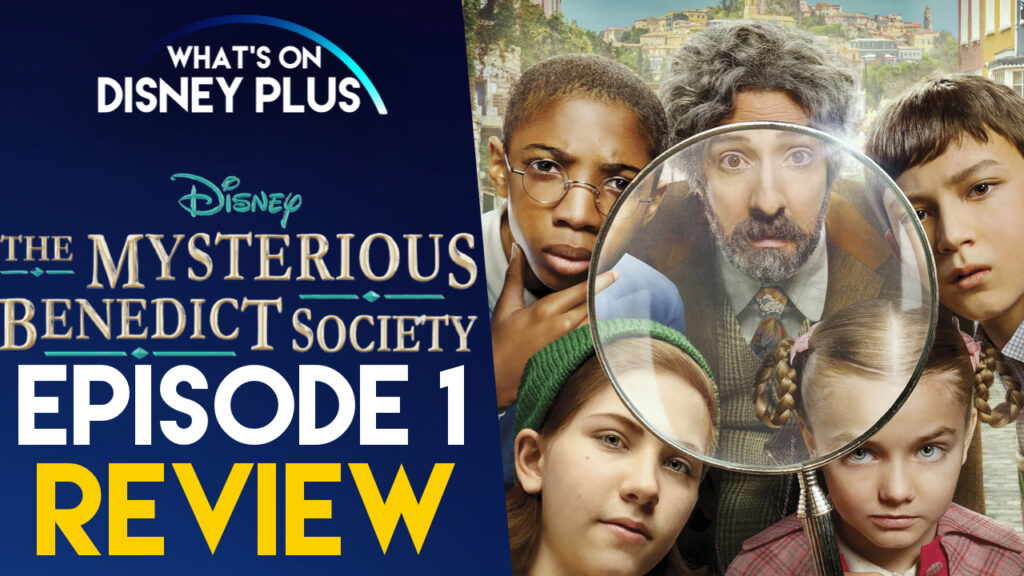 Disney’s latest original series for Disney+ is “The Mysterious Benedict Society”, which sees four gifted orphans are recruited by the peculiar Mr. Benedict for a dangerous mission to save the world from a global crisis known as The Emergency.  This series is based on a popular children’s book franchise, which has spawned multiple books.

In the first episode, we follow Reynie Muldoon as he navigates his way through the bizarre tests to win a popular school scholarship.   The tests are strange, and dozens of kids fail along the way, simply because they are unable to follow instructions and don’t think of others.

After going through a couple of successful rounds, Reynie joins ups with Sticky and Kate, who are forced to complete some more tests, which they all do differently, which is fun to watch, as they work out the rules of a situation and think differently from most people.  Upon completing the tasks, the group is introduced to Mr. Benedict, who has brought them all together to stop the headmaster, Dr. Curtain, from taking over the world. 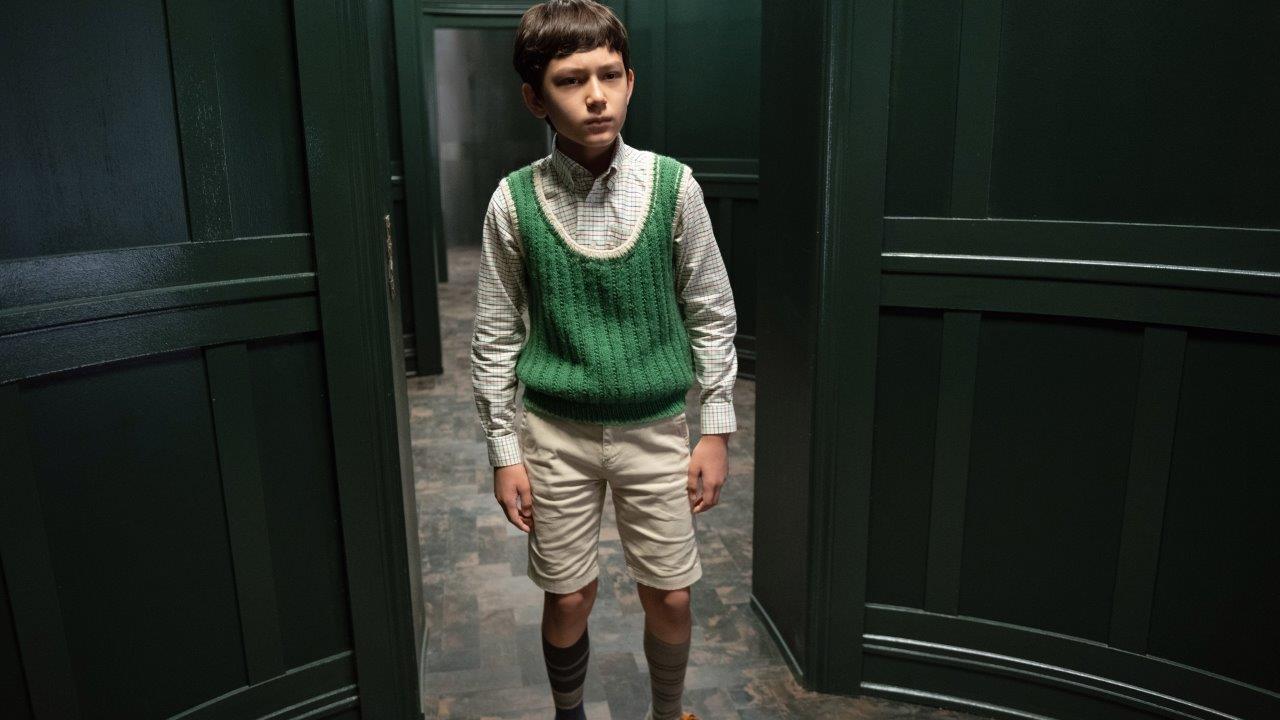 The whole of the first episode is about establishing the trio of kids, how their unique skill, makes them an asset to the team and setting the tone for the show.

“The Mysterious Benedict Society” has a strange feel to it. It’s got a little hint of weird, and the characters are odd.  Even the general look of the show is a little weird, sometimes feeling like something from the 70s, with old technology, colourful outfits and an outdated colour palette.

Originally this series was going to be heading to Hulu, but it was shifted over to Disney+, and I’ve got to say, this is a perfect show for the streaming service.  With children being the main characters, it makes total sense why Disney moved it, as I think it’ll find a much bigger audience than on Hulu. 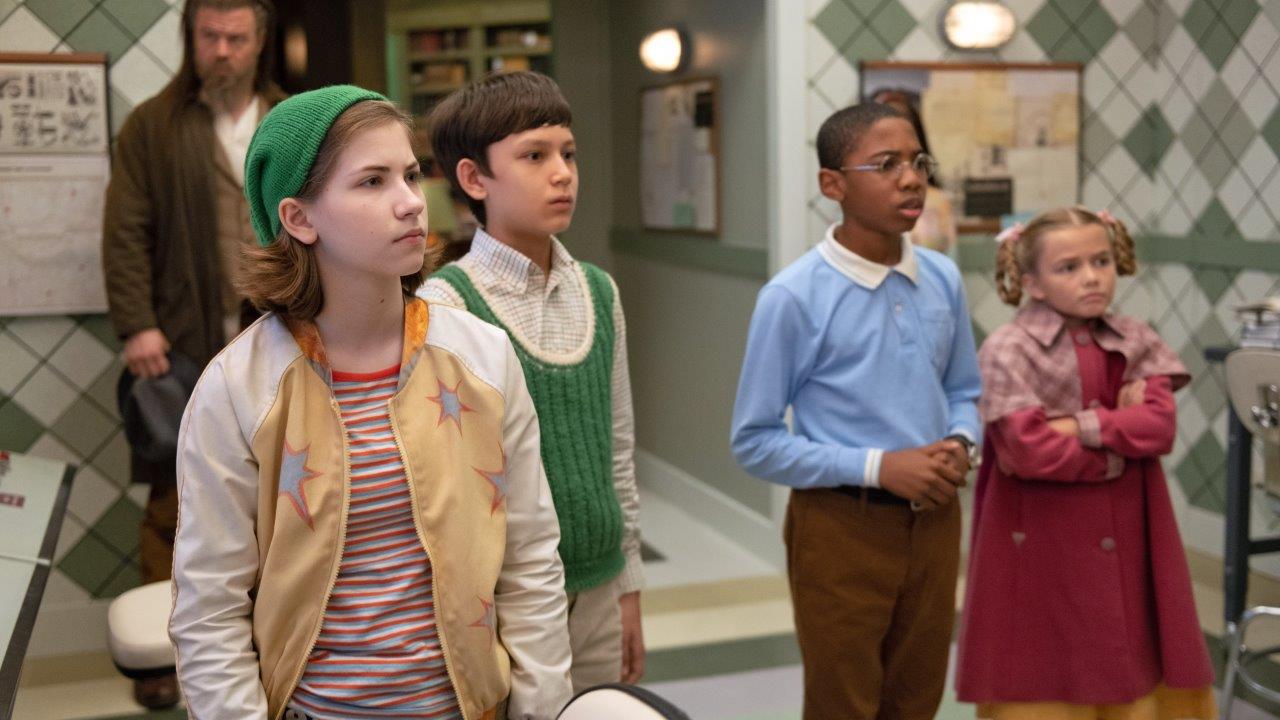 So far, the live-action Disney+ Originals have typically been based on Marvel, Star Wars or set in a high school, but this show stands out as very different.  While it does feature child actors, it doesn’t feel like a Disney Channel show, and I think adults might want to check this show out as well.  The first episode is very odd and reminded me of the classic “Willy Wonka and the Chocolate Factory”.   All the characters are a little bit odd, being asked to do some odd things.

Overall, I wasn’t too sure what to expect from the Mysterious Benedict Society, and I was pleasantly surprised.  I didn’t feel like I was watching a TV show, as it looks like a good family movie.  The characters were fun to watch, especially as they don’t quite fit in with normal conventions, and by the end of the first episode, we don’t really know what’s going on, and it is left open on a cliffhanger.    When the credits rolled on the first episode, I did instantly think, I want to know what’s going on here, and that’s usually a good indication of a first episode making a good impression.  I’d certainly recommend giving it a try.

The first episode of  “The Mysterious Benedict Society” is coming to Disney+ on Friday 25th June, with new episodes dropping weekly afterwards.