Disney is teasing a brand new announcement featuring “The Muppets”.  The announcement was teased on social media, though no hint at what it is or when it’s coming. 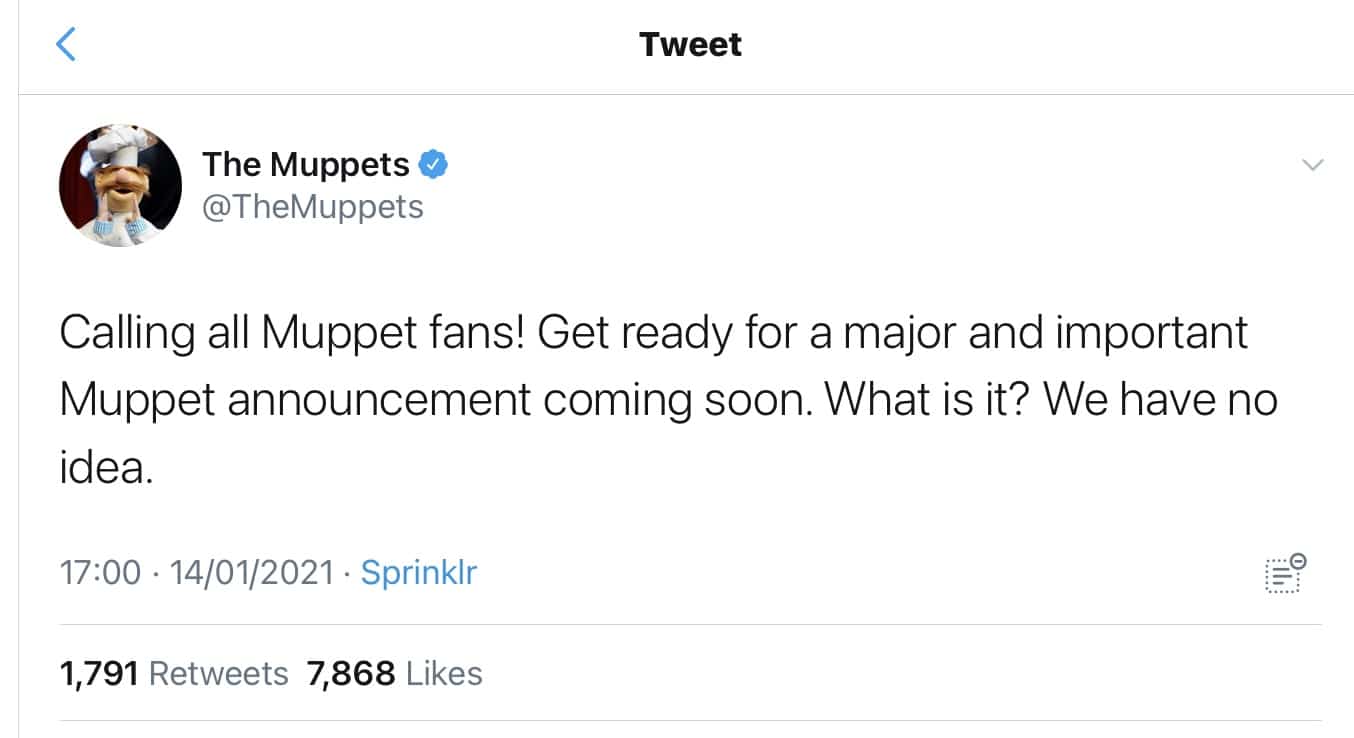 There are many things it could be such as a second season of the Disney+ series “Muppets Now”, which debuted last year and Disney could have possibly split the season like it did with “Earth To Ned” and “The Big Fib”, or is it something completely new?

Or even possibly the addition of the classic Muppet Show or Muppet Babies show being added to Disney+?

What could this be announcement be? A new Muppets movie or series?