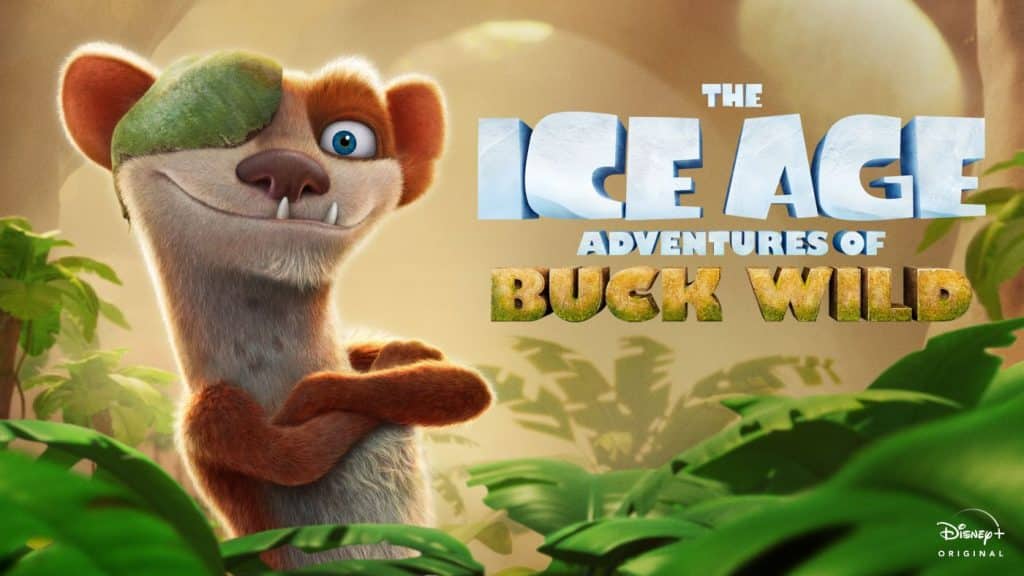 Last month during Disney+ Day, it was announced that the next instalment in the Ice Age franchise,  “The Ice Age Adventures of Buck Wild” would be coming exclusively to Disney+ on Friday 28th January 2022.

Unfortunately, Disney+ has announced today that the film has now been delayed until Friday 25th March 2022.

“The Ice Age Adventures of Buck Wild” continues the hilarious escapades of everyone’s favorite prehistoric mammals. Desperate for some distance from their older sister Ellie, the thrill-seeking possum brothers Crash and Eddie set out to find a place of their own, but quickly find themselves trapped in a massive cave underground. They are rescued by the one-eyed, adventure-loving, dinosaur-hunting weasel, Buck Wild, and together they must face the unruly dinosaurs who inhabit the Lost World.

What do you think of the delay of this new Disney+ Original film?