In the wake of 9/11 and on the heels of the 20th anniversary of the deadly attacks, National Geographic revealed today the series trailer for the scientific thriller, “The Hot Zone: Anthrax”. The episodic anthology series, starring Tony Goldwyn and Daniel Dae Kim.

“The Hot Zone: Anthrax” will premiere in the United States on the National Geographic channel on Sunday 28th November and the entire series will be released over three days with two episodes released each day.  Expect this series then to be released on Hulu at a later date.

In the UK, the series will premiere with the first two episodes at 9pm and 10pm, Wednesday 1st December, on National Geographic.

The first instalment of “The Hot Zone” episodic anthology series, featuring Julianna Margulies, focused on an Ebola outbreak and became the channel’s most-watched scripted series ever.  The first season of “The Hot Zone” is available in the US on Hulu and can be found on Disney+ in the UK as a Star Original.  No international release date for the second season to arrive Disney+ has yet been announced.

In a timely limited series that depicts the plight and eventual triumph over a deadly threat, “The Hot Zone: Anthrax” takes place in 2001, when the United States was rocked by another unprecedented act of terrorism. Letters containing anthrax were sent to unsuspecting victims in Florida, Washington DC, and New York. The anonymous assault claimed five lives and caused panic throughout the US. Despite many false leads, a team of FBI agents and scientists slowly closed in on a shocking prime suspect.

While many of us can remember the breaking news headlines and widespread fear that arose during the anthrax attacks, there are many layers to this chilling and unbelievable crime story that have not yet been told.

“The Hot Zone: Anthrax”, inspired by true events, follows parallel stories of Matthew Ryker (Kim) and Dr. Bruce Ivins (Goldwyn). Ryker, an FBI agent with a specialty in microbiology, risks his career to convince his superiors of the unthinkable just three weeks after the 9/11 attacks: The United States is under attack again. Ivins, a brilliant microbiologist who becomes embroiled in the hunt to find the 2001 anthrax killer, works closely with the FBI to uncover who is behind the deadly anthrax letters, while his growing instability and paranoia give way to deeper unnerving discoveries.

The cast also includes FBI Special Agent Dani Toretti (Dawn Olivieri), who is tough enough to manoeuvre through the boys club in the bureau and is among the first agents on the ground at the 2001 Capitol Hill anthrax attack; bureau newbie agent Chris Moore (Ian Colletti), a graduate of Quantico and eager to learn under a seasoned agent; high-ranking FBI lifer Ed Copak (Dylan Baker), who feels the weight of responsibility to get justice for a wounded nation after the recent events of 9/11; FBI agent Eric Sykes (Morgan Kelly), a cocky agent who delights in mocking Ryker for his hunt for “elusive bio-weapons”; Sheila Willis (Denyce Lawton), a pharmaceutical lobbyist dating Ryker but rethinking her priorities after 9/11; Dr. Simon Kurz (Carlos Gonzalez-Vio), a USAMRIID colleague of Ivins who finds himself out of his depth when suspicion among scientists starts to bubble up in the tight quarters of the biosafety level 4 labs; Jody Hall (Vanessa Matsui), a diligent USAMRIID scientist seen as a confidante by many with a wary eye on the political and personal agendas of those around her; Mayor Rudy Giuliani (Enrico Colantoni), who emerges as a bold advocate for the citizens of New York City after the 9/11 terrorist attacks; and respected journalist and NBC news anchor Tom Brokaw (Harry Hamlin), the steady and trusted voice of reason for a post 9/11 nation. 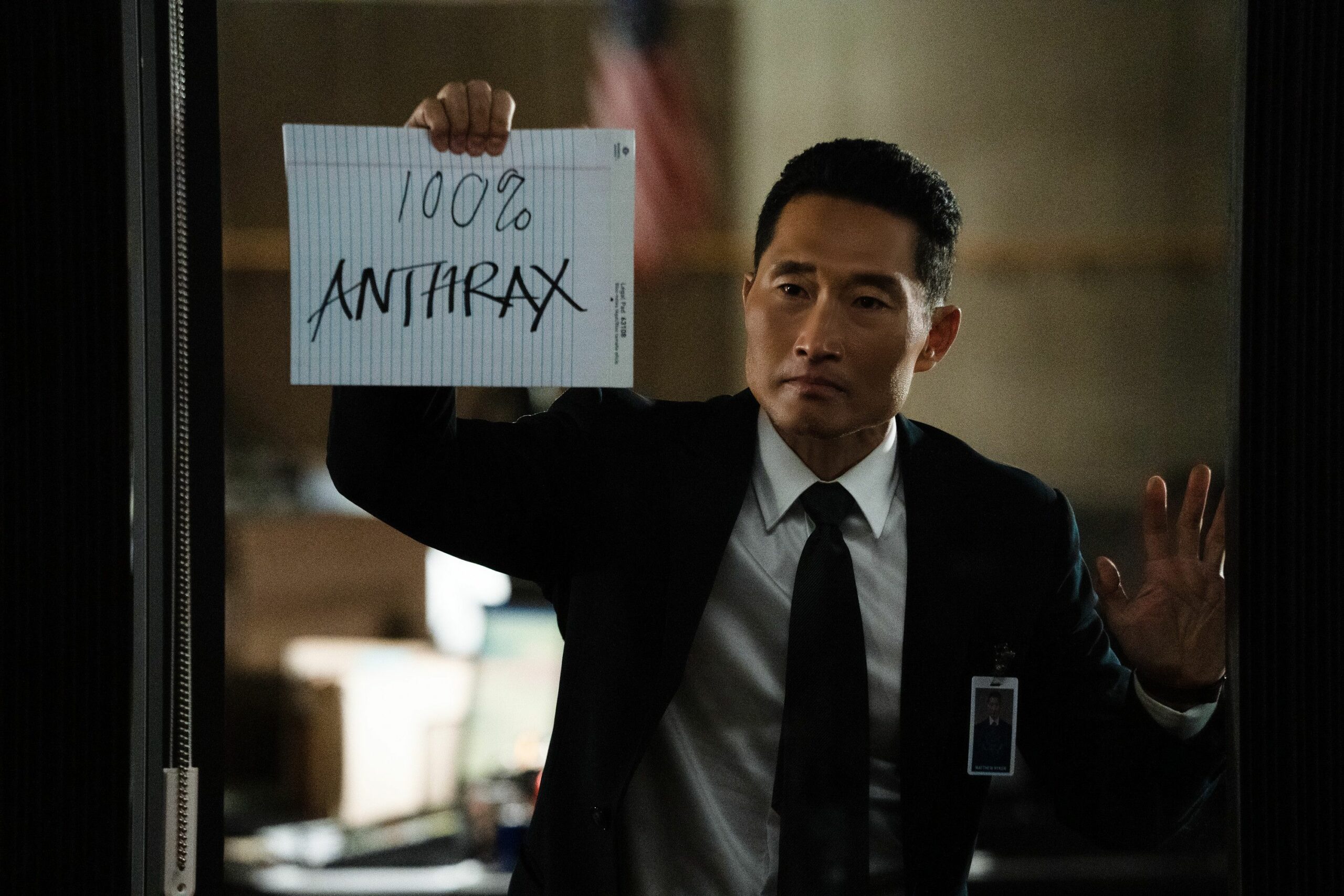 Are you looking forward to the return of “The Hot Zone”?

Roger has been a Disney fan since he was a kid and this interest has grown over the years. He has visited Disney Parks around the globe and has a vast collection of Disney movies and collectibles. He is the owner of What's On Disney Plus & DisKingdom. Email: Roger@WhatsOnDisneyPlus.com Twitter: Twitter.com/RogPalmerUK Facebook: Facebook.com/rogpalmeruk
View all posts
Tags: Hot zone