The Falcon And The Winter Solider – Episode 4 Disney+ Review 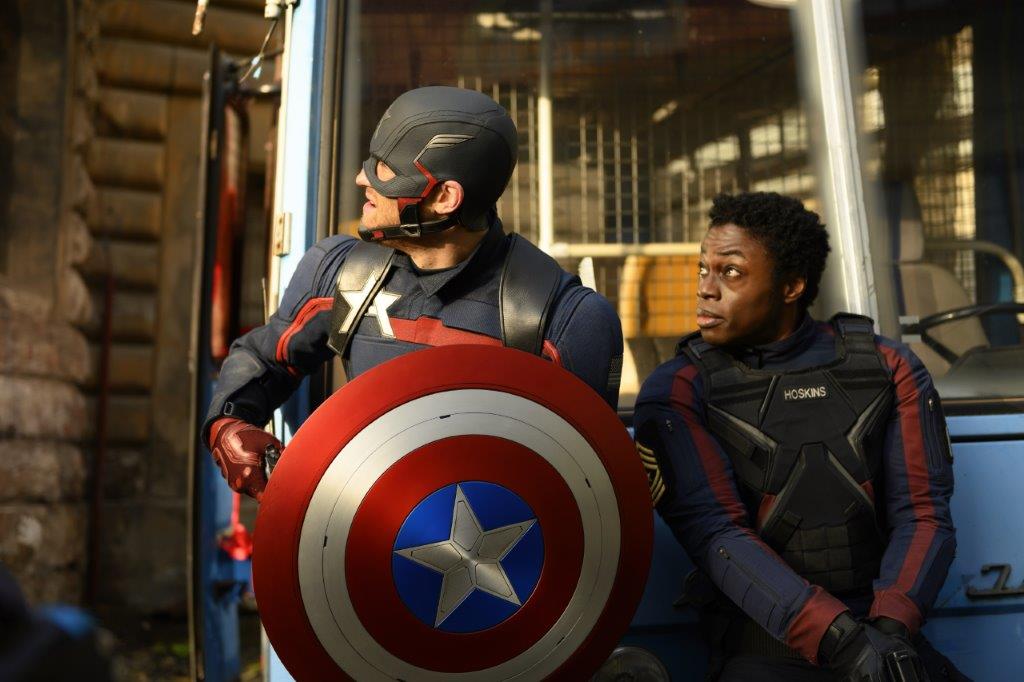 The Falcon And The Winter Solider – Episode 4 Disney+ Review

The fourth episode of Marvel Studios “The Falcon And The Winter Soldier” has just made its superhero landing onto Disney+ this morning, and it’s one heck of an action-packed episode.

After last week’s cliffhanger, where the Dora Milaje warrior, Ayo, who is one of the Black Panthers security, follows Zemo to Latvia, it doesn’t take too long for the world of Wakanda to make its impact on this series.  With a flashback scene to Bucky learning how to control himself with Ayo’s help, while they sit around the campfire in Wakanda.  And when the Dora Milaje enters the action with their fight, the soundtrack completely flips to that of the “Black Panther”.  Instantly making the fight so much more interesting, especially with how John F Walker struggles with that fight’s aftermath.

This is one of the biggest strengths of the Marvel Disney+ shows. Being able to pull in influences from the films, just changing the music during the battle results in a bigger impression being made on the viewer.

In this episode, we really get to go deeper into the mindset of multiple characters, especially Kari, who has some fantastic scenes, especially with Sam.  Having these two characters talking to one another about the world’s problems shows why Sam is the next Captain America.  It doesn’t go in shield first looking to get the job done with no questions being asked.  Both Sam and John are soldiers, but they have a very different view on getting the job done.

This ultimately is going to lead to them finally confronting one another, especially in the shocking cliffhanging scene that is disturbing.  It’s dark and iconic.  But it’s the buildup to that scene that is so interesting.  John isn’t handling the stress and pressure that being Captain America brings.   It’s outmatched and out skilled throughout this episode, which just embarrasses him.  While this has been building for many episodes, he finally snaps, and it’s brutal to watch.

Zemo once again steals any scene he is in. His charisma and on-screen presence are fantastic.  He’s sneaky, but that’s what I like about him.  He’s smart enough to take advantage of any situation and uses people to do what he needs, reminding me of how he was during “Civil War”.

The line between good and bad are very blurry in “The Falcon and the Winter Soldier”.  The heroes aren’t always good, and the villains aren’t always bad. It’s just the perspective and how they handle situations.   Every character in this episode shows how the lines can be blurred, and it makes the show so much more appealing.

Episode 4 is fantastic, and I loved it.  It’s dark and gritty, in a way that the movies couldn’t be.  We are now two-thirds of the way through the series, and it’s proving why these characters deserved their own series to tell this story.   I can’t wait for the next episode!

Roger has been a Disney fan since he was a kid and this interest has grown over the years. He has visited Disney Parks around the globe and has a vast collection of Disney movies and collectibles. He is the owner of What's On Disney Plus & DisKingdom. Email: Roger@WhatsOnDisneyPlus.com Twitter: Twitter.com/RogPalmerUK Facebook: Facebook.com/rogpalmeruk
View all posts
Tags: Marvel, review