Disney has released a new character poster featuring Karli Morgenthau from the Marvel Studios Disney+ series “The Falcon And The Winter Soldier”.

Karli Morgenthauis is the leader of a group called Flag Smashers, who is played by Rogue One’s Erin Kellyman.

The series is directed by Kari Skogland with Malcolm Spellman serving as head writer, the series also stars Daniel Brühl as Zemo, Emily VanCamp as Sharon Carter, and Wyatt Russell as John Walker. 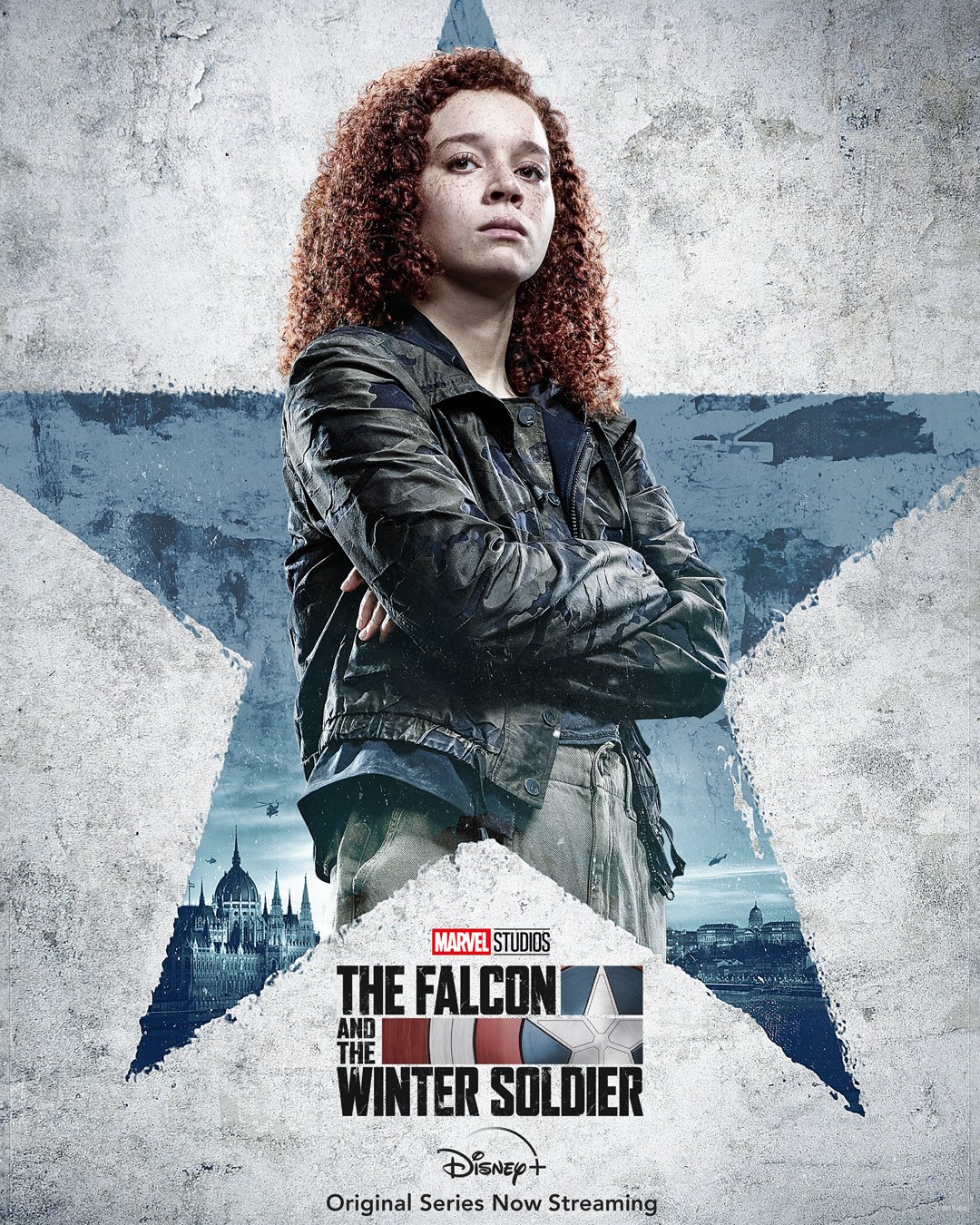 The first three episodes of “The Falcon And The Winter Soldier” are available now on Disney+, with new episodes dropping every Friday in April.

Roger has been a Disney fan since he was a kid and this interest has grown over the years. He has visited Disney Parks around the globe and has a vast collection of Disney movies and collectibles. He is the owner of What's On Disney Plus & DisKingdom. Email: Roger@WhatsOnDisneyPlus.com Twitter: Twitter.com/RogPalmerUK Facebook: Facebook.com/rogpalmeruk
View all posts
Tags: falcon and the winter soldier, Marvel, the falcon and the winter soldier