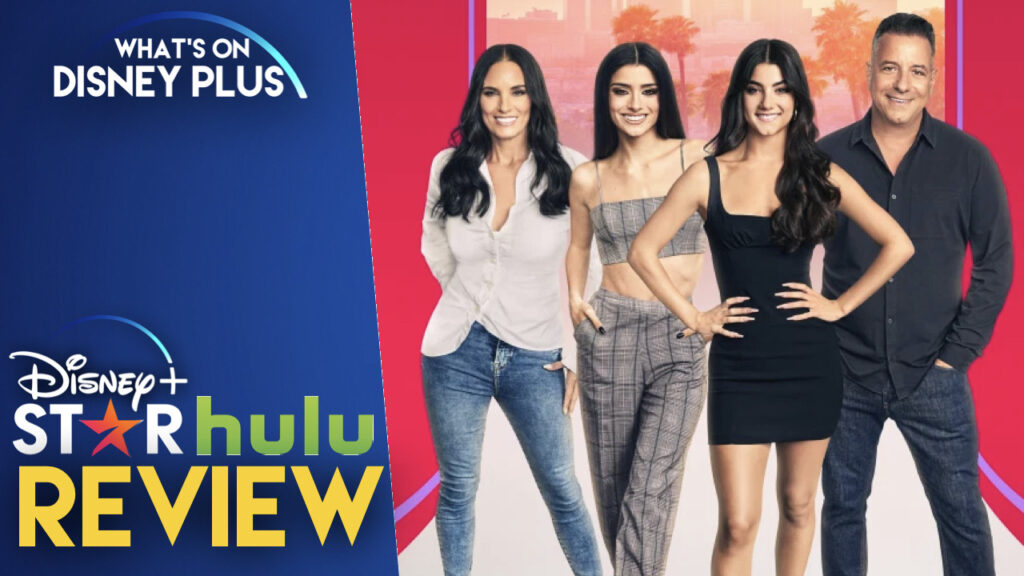 If you’ve checked out the social media platform TikTok over the past two years, you might have seen Charlie or Dixie D’Amelio pop up dancing. And if you’re like me and don’t have a clue who these two teenagers are, don’t worry, the opening episode does recap all of their major moments over the past couple of years as they’ve just exploded on TikTok, gaining over 150 million followers, making them a cultural phenomenon.

This series follows what happens to the family when they head to Los Angeles to follow the opportunities that their sudden burst of fame has given them. It’s an interesting series that showcases the benefits of becoming an influencer, such as millions of dollars, sponsorship deals, collaborations with major brands and much more.

But, this series really dives into the side effects of becoming one of the most known teenagers on the planet, such as becoming isolated because of not knowing who to trust, encase they sell a story or just make things up, or probably the most damaging, dealing with the negative comments that litterrally rip into the heart of every member of the D’Amelio family.

While I had assumed this show was going to be similar to other shows in the genre like “Keeping Up With The Kardashians”, this series is much more grounded. Because while they live a privileged lifestyle that many would want, it isn’t plane sailing for them.

For me, I found the discussion about the side effects of fame and fortune to be refreshing. There are three stories going on throughout the show.

Charlie is the most popular person on TikTok, but she is only 17 years old, and the impact of becoming so well known has had on her and those around her. The stress that has been placed on her shoulders, the brand deals, the appearances and trying to maintain “her” brand, while still growing. I know I certainly changed between 14 and 17, let alone how you would deal with that will hundreds of millions of people watching every minute.

Dixie is a little older than Charlie, but is having to deal with some very different issues to her sister. Her younger sister has put a huge cloud over her, where no matter what she does, she’s always just Charlies older sister. She’s trying to launch her own singing career, but unfortunately, the online comments are driving her crazy. For example, they discuss a “Vogue” video which was a massive disaster for her, with tens of thousands of bad comments and a terrible like to, unlike ratio. Dixie seems to be the one member of the family who is really struggling with the downsides to fame, because people have instantly taken a dislike to her and set the tone that she is untalented, who only is famous because of her sister. 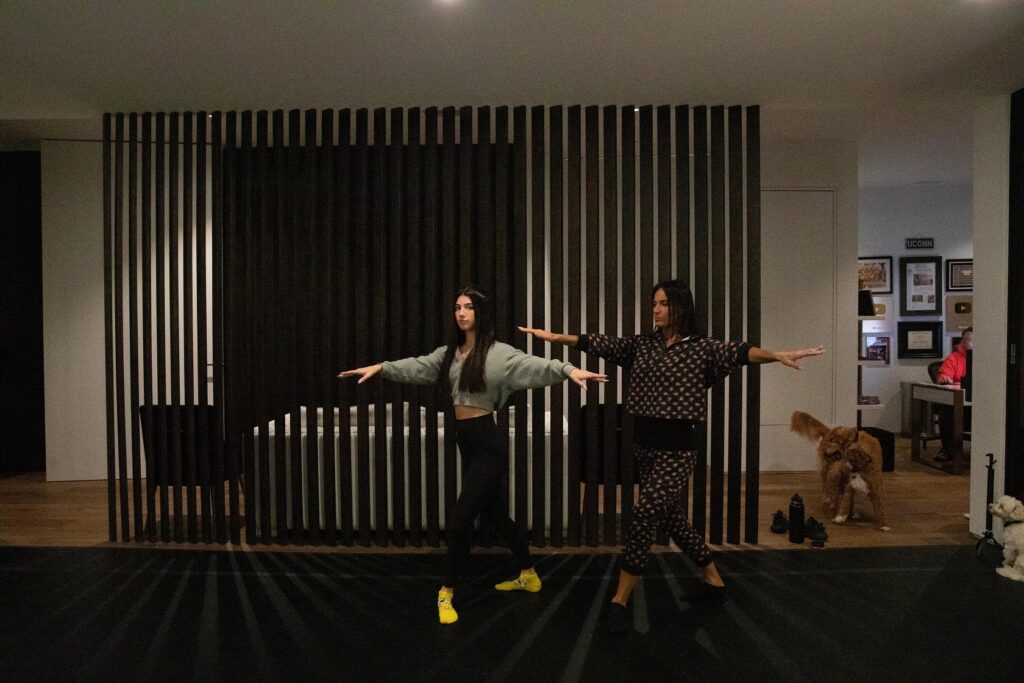 Every now and again, we hear from parents, who are struggling to deal with having two teenagers in the public eye. But in reality, they are very much background characters in this series, as the focus is on Charlie and Dixie. The parents talk about how they hate seeing their daughters getting so upset over the negative comments and backlash, but ultimately, they are unequipped to deal with this unique situation. The parents have completely changed their lives to support their daughters, but I can see why they would come under fire for allowing everything to happen and look to be following the money, as if the girls really can’t handle it, they possibly shouldn’t continue. You can’t spend hours complaining in a TV series about being famous, as the instant reaction from most people-watching is going to be, “well quit”. It’s a fine line that this show is balancing on. Leaning too heavily into the negative will bring out the negative, but too much positive, doesn’t make good television.

Charlie generally seems to be dealing with the fame much easier than her sister, Dixie, because she doesn’t have that “comparison” issue and understands this could all come to an end, because she still doesn’t see herself as famous. She was just in the right place at the right time. 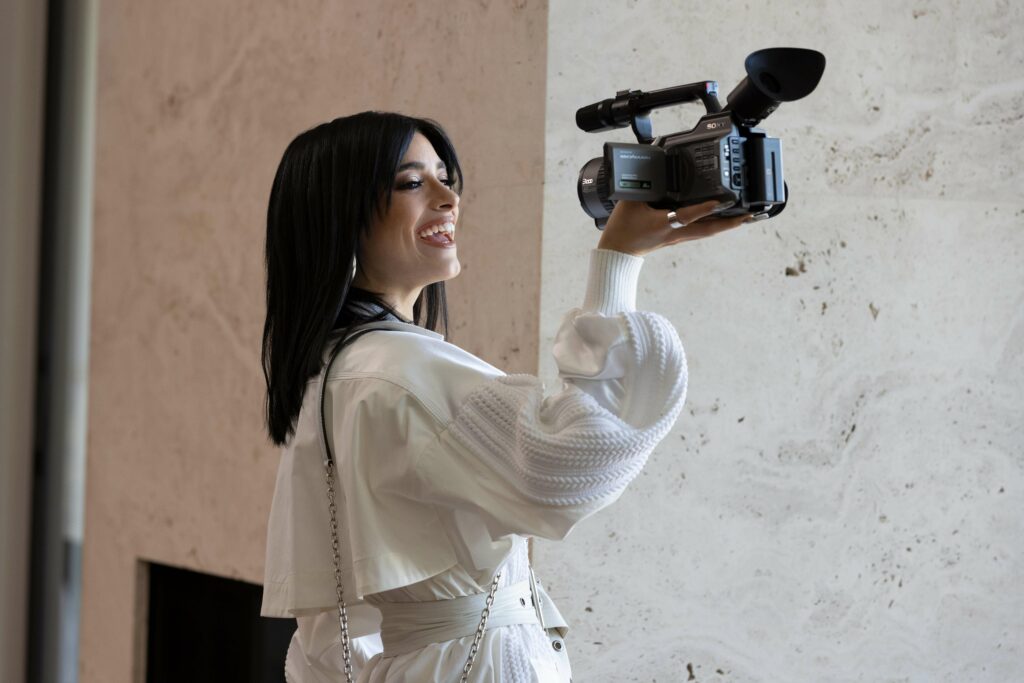 Obviously, doing a show like this, highlighting the family’s issues, will draw criticism. It’s a double-edged sword. If they are all struggling with fame, then stepping away might be an option. But could you withdraw from the world and hide, when you’re earning more money in a year than you could in a lifetime? Charlie seems to be very aware that everything could be over in a second, which is why you can see both her and Dixie trying to build on their passions, dancing and singing.

“The D’Amelio Show” is a fascinating look into the lives of two modern mega influencers. It showcases the best and worst of that lifestyle. I’ve only seen the first five episodes in the season, and I’ve enjoyed watching them, so I will be going to check out the other episodes this weekend, because, while I’m not that interested in the life of Charlie or Dixie, I enjoyed watching the business side of these influencers. It’s not going to be a series for anyone, but for fans of the girls, I’d say check it out. It wasn’t a show I thought I was going to enjoy, but I was proved wrong. The girls and their friends live in a different world, and it’s kinda nice just taking a peek into it.

All eight episodes of “The D’Amelio Show” are coming to Hulu in the US and to Star On Disney+ internationally on Friday, 3rd September.

Roger has been a Disney fan since he was a kid and this interest has grown over the years. He has visited Disney Parks around the globe and has a vast collection of Disney movies and collectibles. He is the owner of What's On Disney Plus & DisKingdom. Email: Roger@WhatsOnDisneyPlus.com Twitter: Twitter.com/RogPalmerUK Facebook: Facebook.com/rogpalmeruk
View all posts
Tags: hulu, review, star, The D’Amelio Show