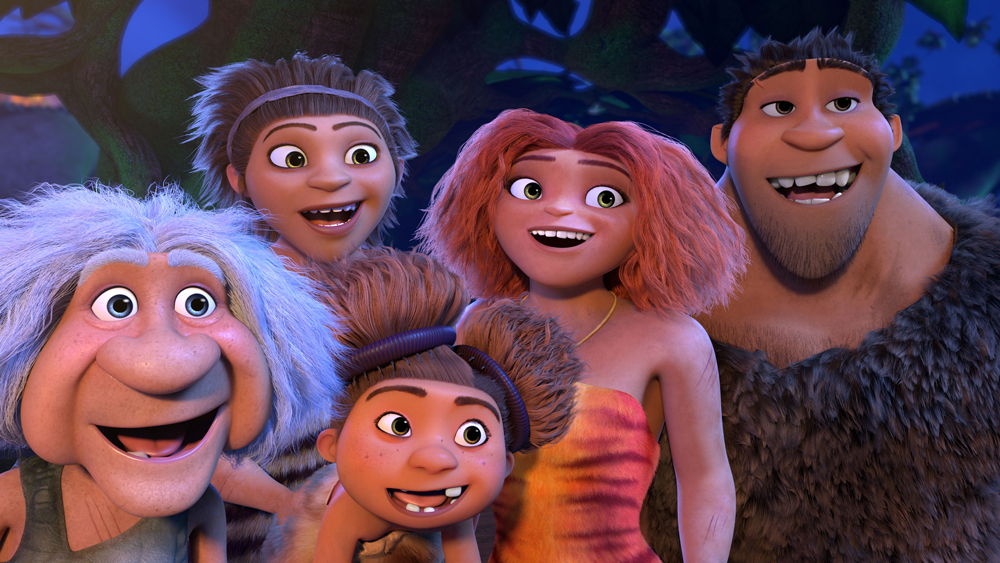 Universal has announced a brand new animated series “The Croods Family Tree”, which is going to be released in the United States on Hulu and Peacock on September 23rd.

The new series has been inspired by the 2020 DreamWorks Animation film “The Croods: A New Age” and follows rivals-turned-friends the Croods and the Betterman’s as they learn to live together on a farm and overcome their differences.

“The Croods Family Tree” will feature the voice talents of Kelly Marie Tran (Raya and the Last Dragon, Star Wars) as Dawn; Amy Landecker (Kipo and the Age of Wonderbeasts) as Ugga; Kiff VandenHeuvel (This is Us) as Grug; Ally Dixon (The Interview) as Eep; AJ Locascio (Voltron Legendary Defender) as Thunk; Artemis Pebdani (Big City Greens) as Gran; Darin Brooks (The Bold and the Beautiful) as Guy; Matthew Waterson (Tales of Arcadia) as Phil; Amy Rosoff (Scandal, Criminal Minds) as Hope.

The series will consist of 6 episodes and continues the unique situation of content being shared between Peacock and Hulu, because Comcast still owns 33% of Hulu.

With this series being created by Universal and Dreamworks, we shouldn’t expect this series to be available on Disney+ in other regions.

Are you looking forward to this new “Croods” animated series?

Roger has been a Disney fan since he was a kid and this interest has grown over the years. He has visited Disney Parks around the globe and has a vast collection of Disney movies and collectibles. He is the owner of What's On Disney Plus & DisKingdom. Email: Roger@WhatsOnDisneyPlus.com Twitter: Twitter.com/RogPalmerUK Facebook: Facebook.com/rogpalmeruk
View all posts
Tags: the croods