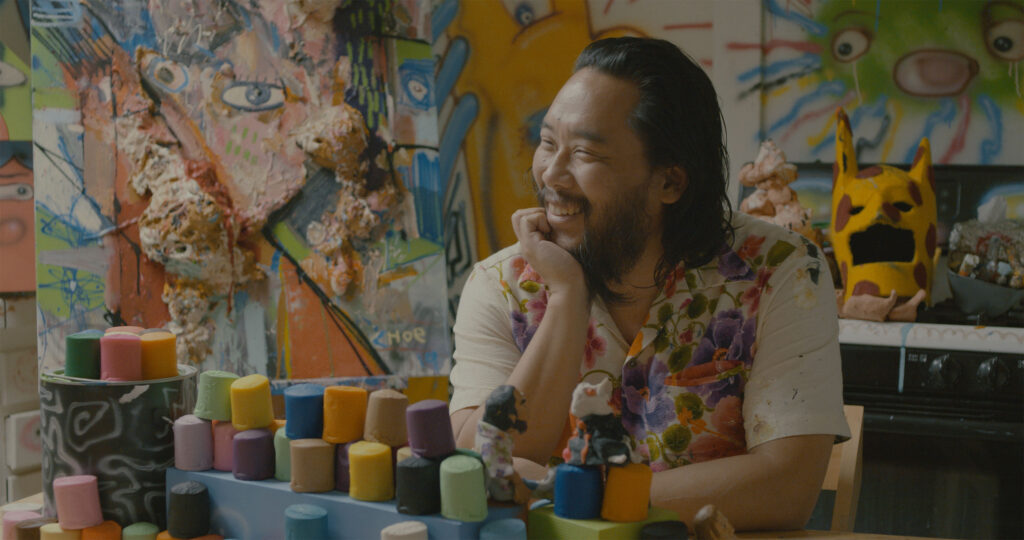 Disney has announced that the FX series “The Choe Show” is coming to Disney+ in the UK and Ireland on Wednesday 29th December 2021.  Originally it had been announced to be coming in November but its been pushed back a month.

The series features world-renowned artist David Choe, who turns his eccentric, compassionate and disruptive worldview into a lens for an audience to experience a kind of radical empathy for others. From the walls of his childhood home, Choe takes his guests on a journey where he is both a motivational interviewer and compassionate listener. While using the acts of art and play, both Choe and his guests depart on a journey of shared emotional experience. It is through their bonded and authentic connection that Choe is able to bring forth an of-the-moment honesty to the portraiture he’s creating.

Created by David Choe, The Choe Show is executive produced by Choe, Matt Revelli and Christopher Chen of Choe Show LLC, plus Hiro Murai and Nate Matteson of Super Frog Entertainment. The series is directed by Paco Raterta.

Choe is an award-winning fine artist whose transition into media through filmmaking has been unique amongst other artists of his caliber.

He has worked on and appeared in high-profile projects such as Jon Favreau’s The Mandalorian (Disney+), both on and off screen, the Netflix Originals Ugly Delicious and LA Originals, as well as appearances on Anthony Bourdain’s Parts Unknown (CNN) and VICE (HBO), both of which won Emmys(R) that year (2014) for Outstanding Informational Series.

Previously, Choe hosted, conceptualized and filmed two of Vice’s most watched programs on their internet streaming platform, The Vice Guide to Travel and Thumbs Up! His media appearances on numerous radio programs such as Howard Stern and The Joe Rogan Experience have also garnered some of the most watched and commented episodes of their respective programs.  He spends his life today living right-sized, present, joyful, grateful and in service.

Are you looking forward to “The Choe Show” arriving on Disney+?

Roger has been a Disney fan since he was a kid and this interest has grown over the years. He has visited Disney Parks around the globe and has a vast collection of Disney movies and collectibles. He is the owner of What's On Disney Plus & DisKingdom. Email: Roger@WhatsOnDisneyPlus.com Twitter: Twitter.com/RogPalmerUK Facebook: Facebook.com/rogpalmeruk
View all posts
Tags: the choe show