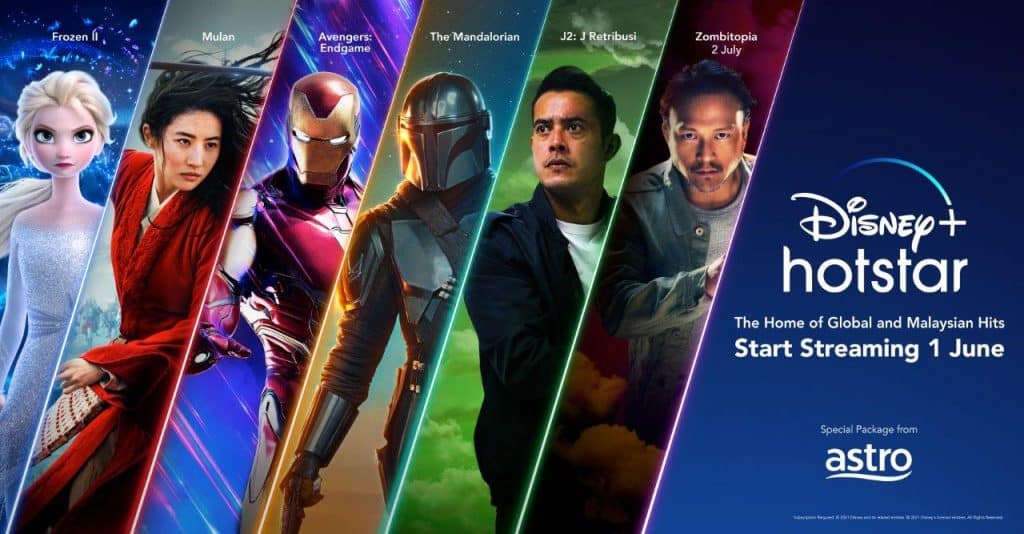 Disney+ HotStar has officially launched in Malaysia, offering over 800 films and 18,000 episodes from a selection of well-loved content from the Disney’s most iconic entertainment brands, including Disney, Pixar, Marvel, Star Wars and National Geographic. Subscribers can sign up on DisneyPlusHotstar.my or download the Disney+ Hotstar app on Android and iOS devices from today to […]

Disney has announced that Disney+ Hotstar, will launch in Malaysia on the 1st of June 2021. Viewers will now have a new way of experiencing the well-loved content from the company’s most iconic entertainment brands, including Disney, Pixar, Marvel, Star Wars, National Geographic as well as a wide array of general entertainment series and films […]

The Walt Disney Company is continuing its international rollout of Disney+ this year, with launches planned for Singapore on February 23rd, 2021, followed by Eastern Europe, Hong Kong, Japan, and South Korea later in 2021. Disney+ Hotstar is already operating in some regions in Asia including Indonesia and India,  In these countries, Disney+ Hotstar has all […]