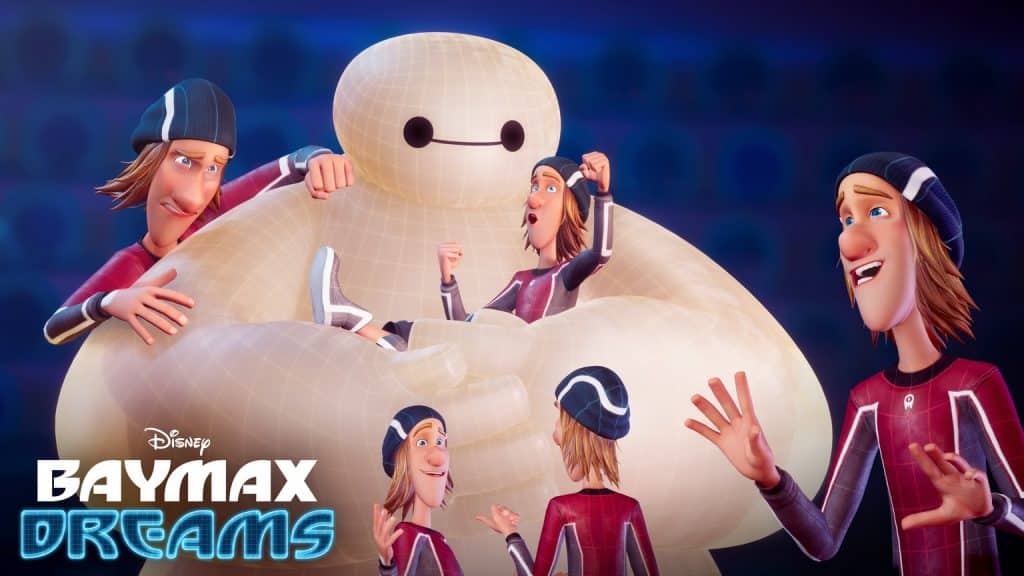 Just ahead of the release of the new original series, “Baymax”, Disney has announced that the first two seasons of “Baymax Dreams” is coming to Disney+ in the United States on Wednesday 8th June 2022. “Baymax Dreams” premiered in 2018 and is a series of three experimental shorts based on the Emmy Award-nominated television series, “Big Hero […]

Disney has announced that the technology team at Disney Media & Entertainment Distribution (DMED), and Disney Television Animation (DTVA) will be debuting a new interactive episode of “Baymax Dreams” using touch input at the virtual 2021 Sundance Festival. which is taking place from January 28th to February 3rd. The new, immersive short experience uses interactive […]