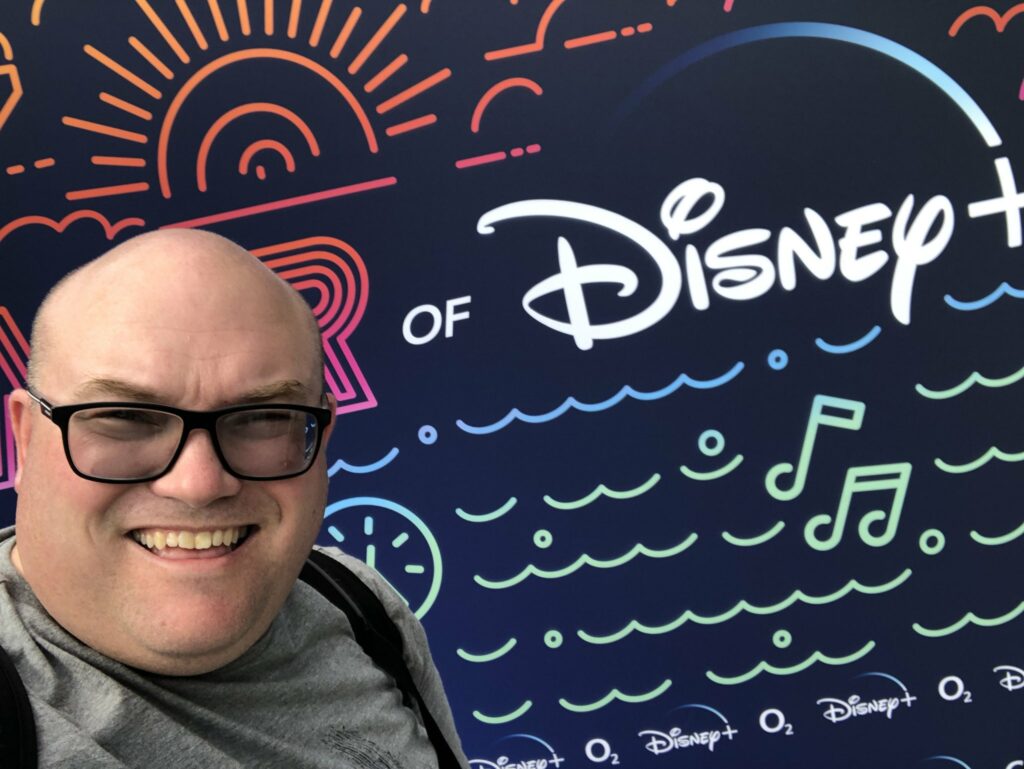 Today, Disney held a special summer rooftop private event for the “Summer of Disney Plus”, to celebrate all the biggest hits from the past year of Disney+ including “Soul”, “Loki”, “Raya and the Last Dragon” and “Luca”.

The UK event was a little different to the US version of the Summer of Disney+ roadshow, which has been touring the US this summer, as those were held publically, but the main goal was the same. To raise awareness of this summers biggest Disney+ Originals.

This was a very relaxed celebration of Disney+ with lots of live music, games, photo opportunities and lots of great food!  There were a number of different areas set up for each Disney+ property, with different activities available for each Disney+ Original. 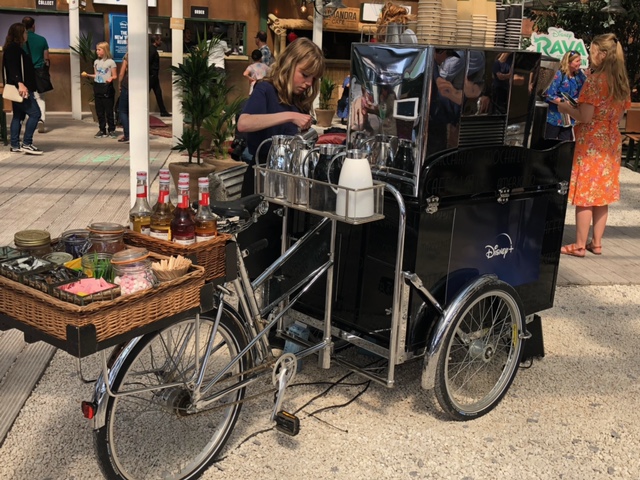 “Soul” was represented by a huge piano on the floor, which guests loved jumping around on, and I did my best not to reenact the infamous scene from Big. 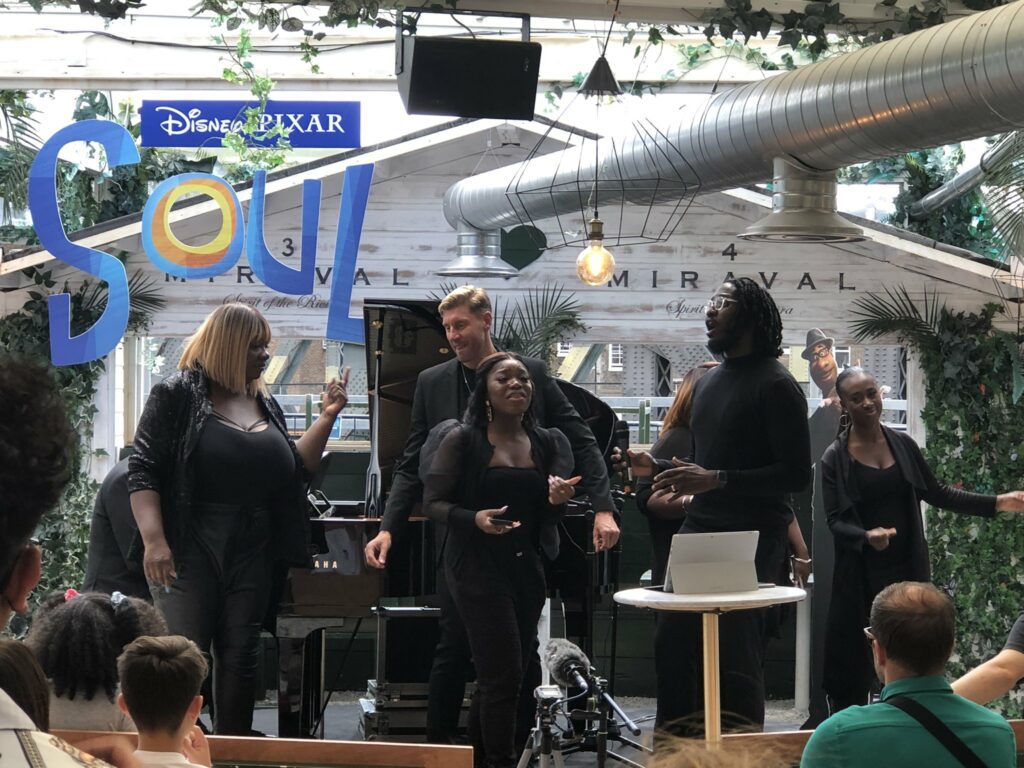 But best of all, Disney brought in the London Community Gospel Choir to sing some songs, which the audience loved.  And a little later the BBC’s Young Jazz Musician of the year, Deschanel Gordon, took to the stage to perform a beautiful 15 minute medley of some of the best tunes from “Soul”. This was fantastic and one of the highlights of the afternoon. 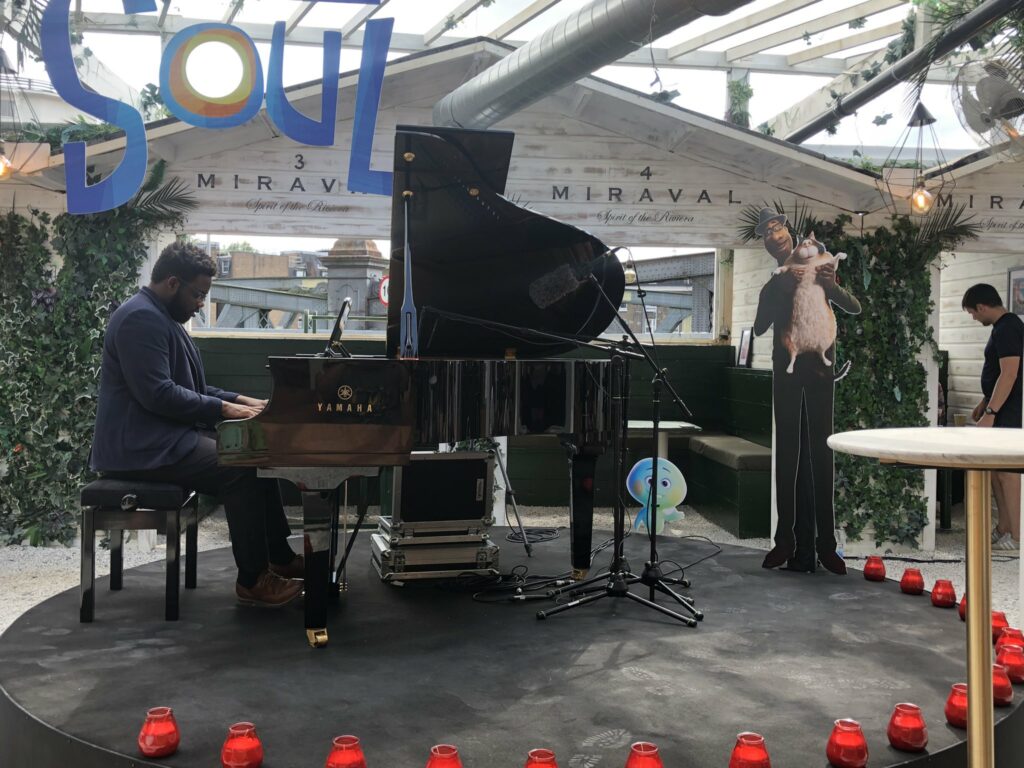 For “Raya and the Last Dragon”, there was a bowling lane, which many of the children enjoyed playing, plus a basket weaving table. Then there was some beautiful South East Asian food by chef John Chantrasak, which was inspired by the film. The sweet chilli vegetable spring roll was delicious. 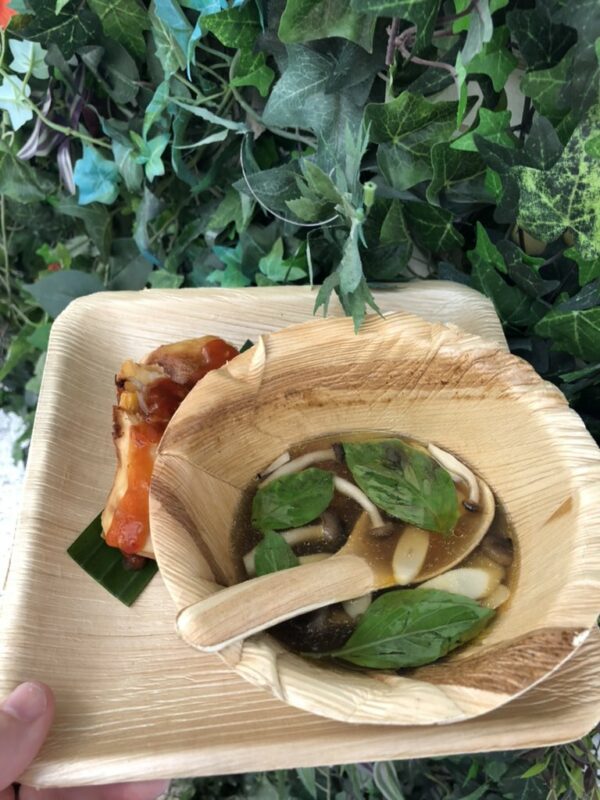 For “Loki”, there was a Miss Minutes area set up with lots of great afternoon tea treats available.  Near the entrance, there was also a huge screen showing highlights from all of the major Disney+ Originals being showcased at this event. 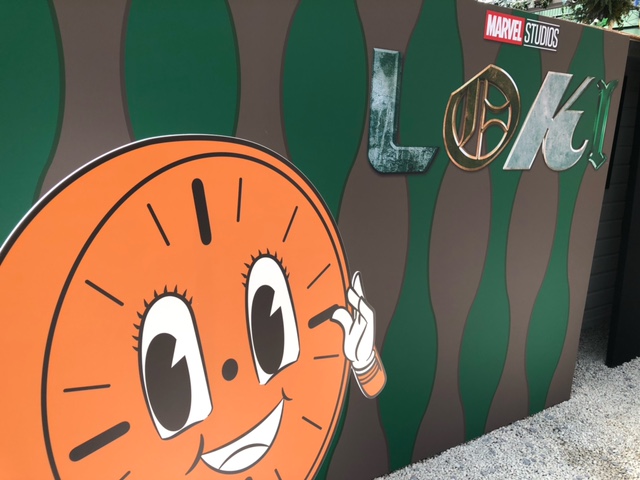 Upstairs, “Luca” had a lovely selection of Gelato available for guests (Cherry was my favourite flavour, so much I went back twice! and I don’t think I was the only one!), plus there were a number of photo opportunities, including being able to take a photo on a Vespa and much more. 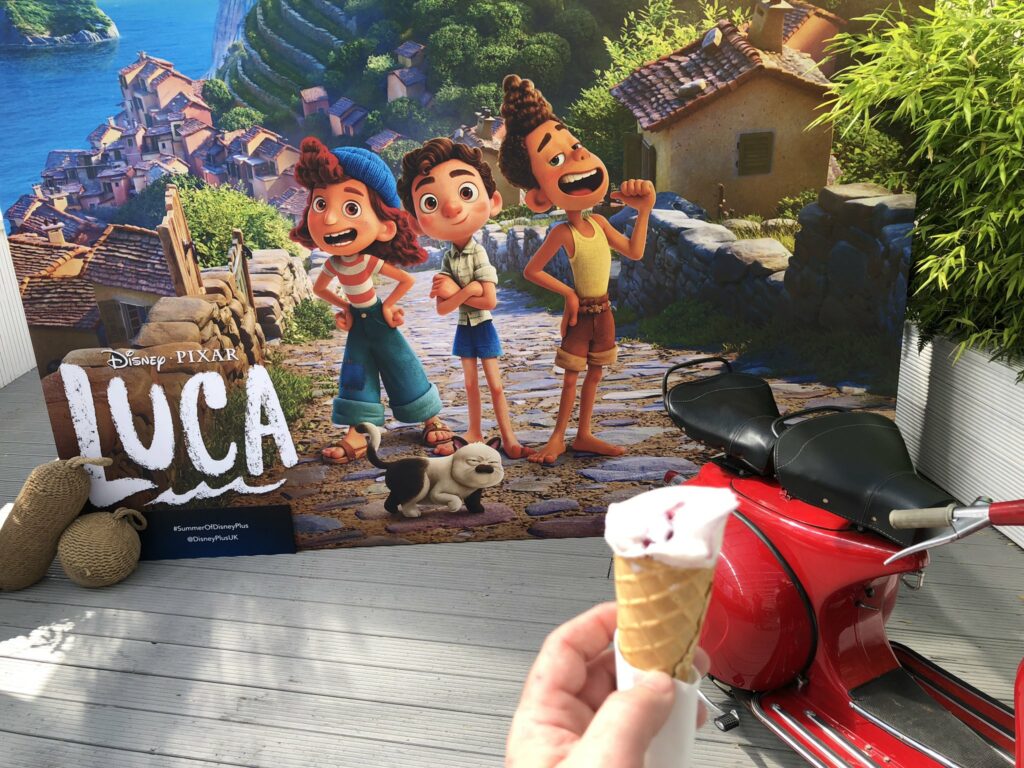 There were a number of podiums set up with tablets running Disney+, which seem to be extremely popular with the children guests, who loved playing with the app and watching their favourite shows or films. 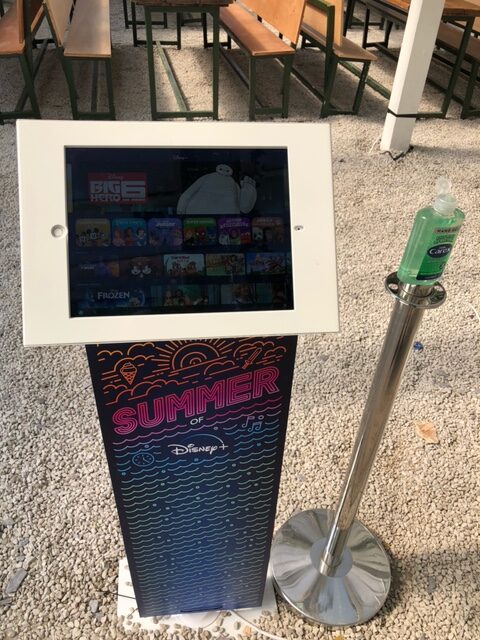 The whole event was bustling with energy and excitement, with Disney music blasting across the speakers, people enjoying lovely food and drink. This is one of the first events Disney+ has held since it launched, as the pandemic forced all of these plans to be cancelled or postponed.

I had a lovely time at this event. It was full of fun and was a great reason to get out of the office, mingle with people, have some lovely snacks and most importantly, celebrate Disney+.