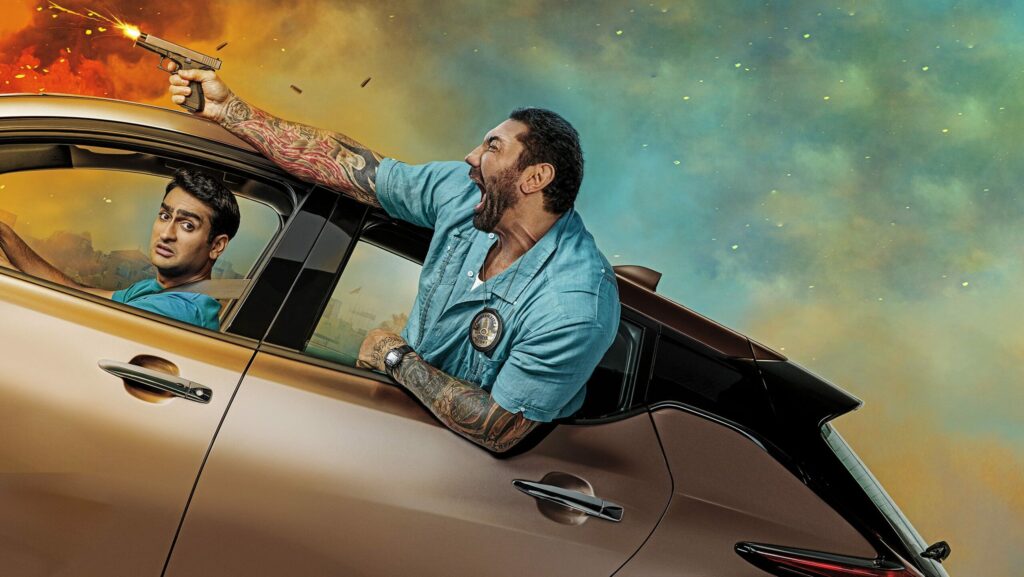 Disney has announced the 20th Century Studios film “Stuber” will be coming to Disney+ in the United Kingdom and Ireland on Friday 13th August.

Get ready for the ride of your life in this high-speed buddy comedy fueled by huge laughs and nonstop action! When a mild-mannered driver named Stu (Kumail Nanjiani) picks up a passenger (Dave Bautista) who turns out to be a cop hot on the trail of a brutal killer, Stu is thrust into a harrowing ordeal in which he desperately tries to hold onto his wits, his life and his five-star rating.

The film was originally released in July 2019 and was one of the first few films released by Disney following the purchase of 20th Century Fox.   “Stuber” is already available on Disney+ in some countries including Australia and New Zealand.

Are you looking forward to watching “Stuber” on Disney+?

Roger has been a Disney fan since he was a kid and this interest has grown over the years. He has visited Disney Parks around the globe and has a vast collection of Disney movies and collectibles. He is the owner of What's On Disney Plus & DisKingdom. Email: Roger@WhatsOnDisneyPlus.com Twitter: Twitter.com/RogPalmerUK Facebook: Facebook.com/rogpalmeruk
View all posts
Tags: stuber