The fourth episode of the Mandalorian, sees Mando and the Child head to a quiet planet to hide for a few months after the events of the last chapter.  Instantly upon arrival, Mando has an encounter with former Imperial Shocktrooper and Rebel warrior, Cara Dune, before eventually coming together to help a small village deal with a bandit problem.

This episode has a much smaller feel to it than previous episodes, which is part of the charm, it’s supposed to be a small little village and the location does a good job in adding to this atmosphere. I especially enjoyed the opening village scene of having the village raided by bandits, giving time to set the tone and threat level.

There is a epic battle scene, which sees the local village rise up against the bandits and watching both Cara Dune and Mando take down the AT-ST is fun to watch.  Which is a fascinating idea of how the destruction of the Empire, as left large amounts of weapons around for others to capitalise on.  Which is one thing I’m enjoying with the series as it’s removed itself from the traditional Rebels vs Empire storyline, while still keeping the Good vs Evil elements, it’s just a bit more blurry. 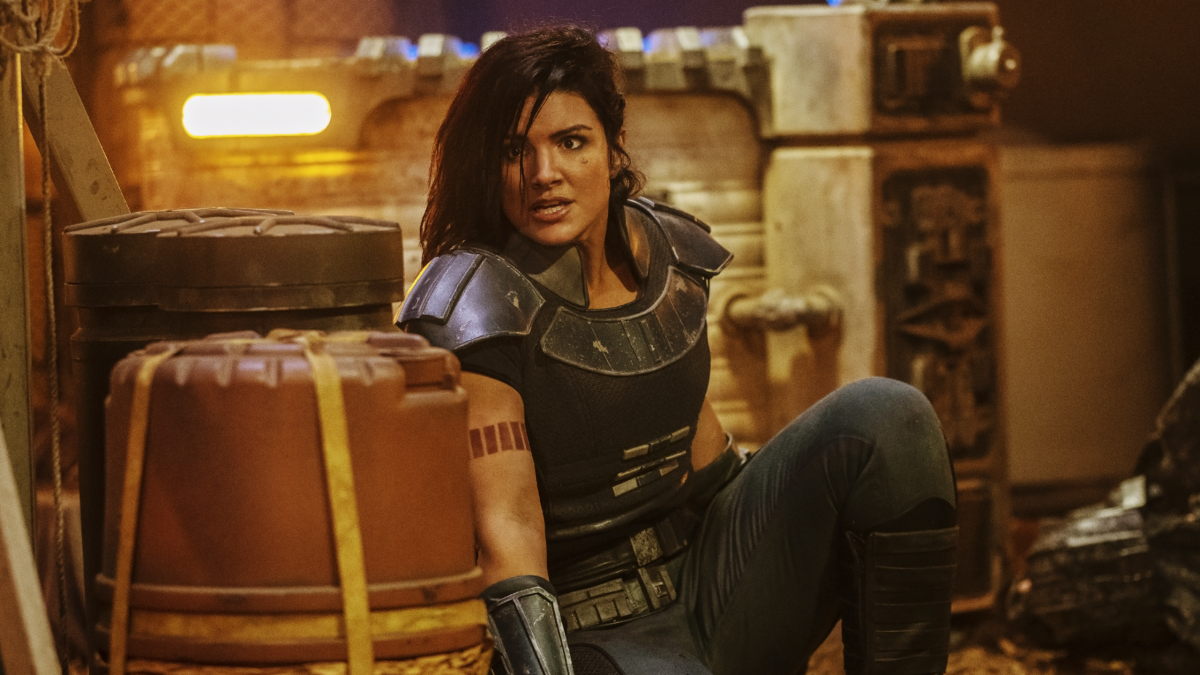 The addition of Cara Dune as an ally was great, as she is shown to be a extremely strong and powerful warrior, which the actress is, due to her mixed martial arts background.  As you know she could take out the bandits in real life.  I was hoping she might be a regular, but it looks like the creators are avoiding the cliché of building a crew of strays.

I also enjoyed the slower pace of the show, such as showing how Mando wants to enjoy the quiet life, while “The Child” gets to play with the local kids, setting up a more humanised view of Mando, as he wants a good home for “The Child”.  We also learn a little more about the Mandalorian culture with some reflection on how the helmet is respected.

This episode is much more grounded in reality and felt more like a TV show than the movies, but we never would have had this amount of time dedicated to a single village.  Usually something like this would be flashed over in a few minutes in the movies.  Which is why the series is delivering something fresh to the Star Wars universe.