Disney has announced that the first episode of the next live-action Star Wars series “Book Of Boba Fett” is going to be coming to Disney+ on Wednesday 29th December.

“The Book of Boba Fett” is going to be a thrilling Star Wars adventure, finds legendary bounty hunter Boba Fett and mercenary Fennec Shand navigating the Galaxy’s underworld when they return to the sands of Tatooine to stake their claim on the territory once ruled by Jabba the Hutt and his crime syndicate.

Disney has also released a new poster for the series, featuring Boba Fett. 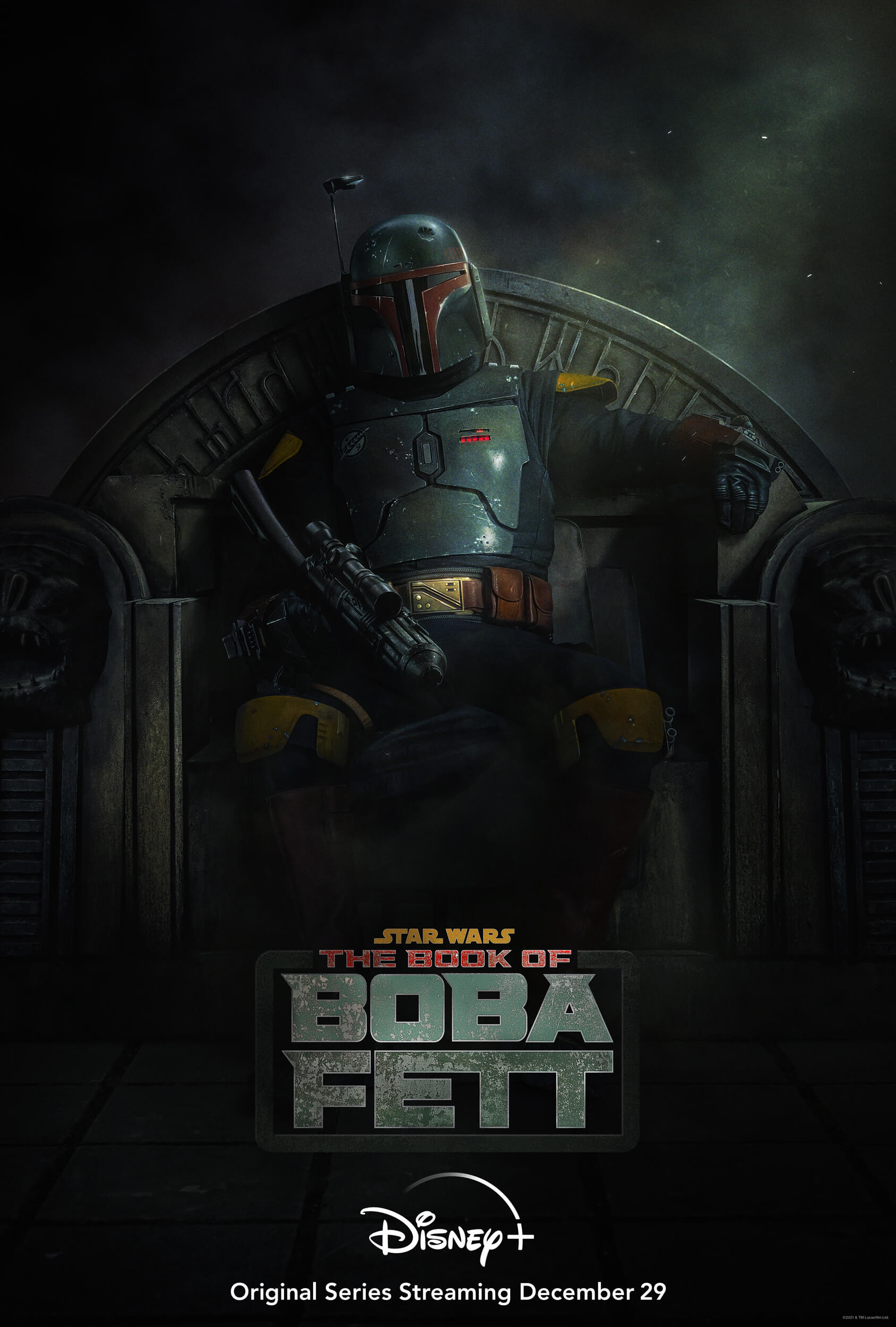 The series was announced last year during the post-credits scene of the second season of “The Mandalorian”.  With a release window of December 2021, which they’ve just managed to hit.

Are you looking forward to the return of “Boba Fett?