Disney has released a new character poster from the latest episode of the hit animated series “Star Wars: The Bad Batch”, featuring Cid.

Cid is a Trandoshan, who is voiced with a comical world-wariness by the great Rhea Perlman (Cheers). 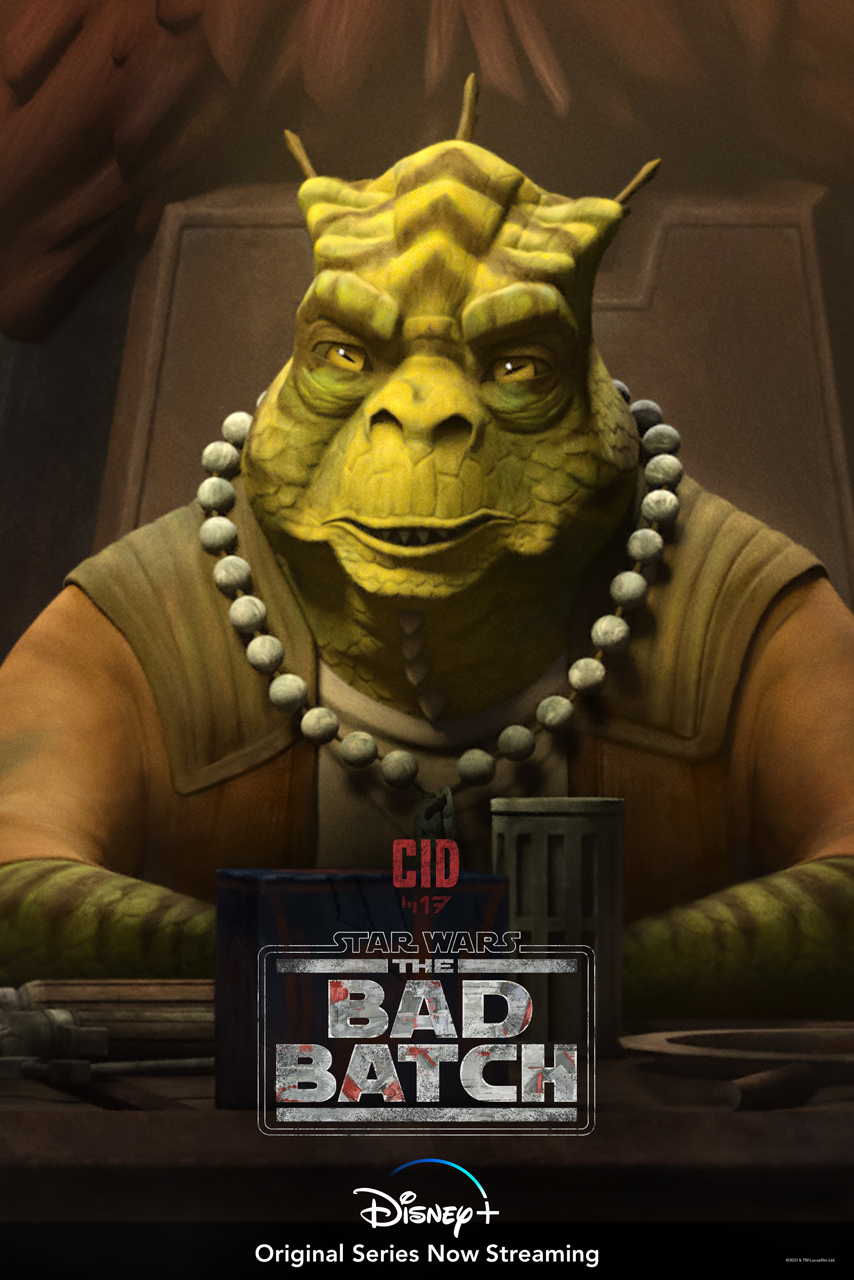 Are you enjoying “Star Wars: The Bad Batch”?