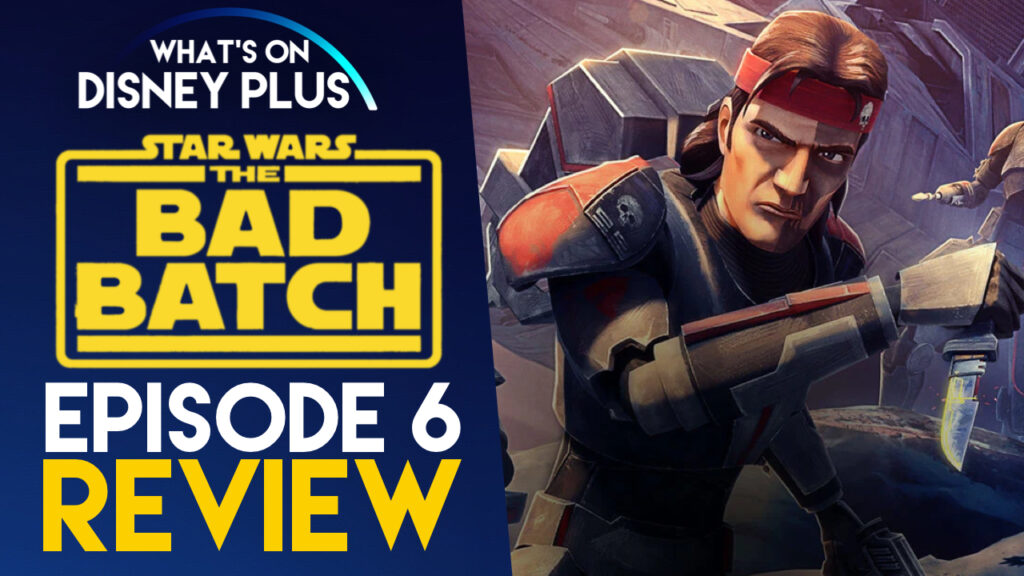 The sixth episode of “Star Wars: The Bad Batch” has arrived on Disney+ today and sees the gang head out on another mercenary mission for Sid, to capture a Separatist tactical droid from a scrapyard to obtain details on how to defeat Clone Troopers.

While on their mission to a robot controlled scrapyard, the Bad Batch runs into Trace and Rafa, who were the set of Rebel twins that were introduced in the final season of “The Clones Wars”.  So this episode does nicely bring together some of the Clone Wars’ newest characters, which is a great way of continuing their stories and developing those characters.

The twins are also after the same tactical droid for the same reasons as the Bad Batch, but want it for someone secret, who we only get to see briefly on a holocomm, teasing that reveal for a later episode.

This means the Bad Batch and the twins have to work together to escape the scrapyard, filled will police droids, who are protecting the melting down of the Separatist armies robots.  I’m really enjoying how this series is helping fill in the gaps between the two trilogies because with so many droids in action during the “Clone Wars”, where’d they all go?  Melting them down for scrap metal seems logical, and having this episode confirm that, does make sense.

There is plenty of action in this episode to keep Star Wars fans happy, and with it taking place within a disassembling droid factory, there are some flashbacks to the prequel movies.   I also liked the little humour from the droids, which, again, helps blend everything together.

Once again, this episode continues to build on that transition period between the Republic becoming the Galatic Empire. While some are wary of the new rulership, many haven’t felt what the Empire is doing.   It’s also refreshing to see the show isn’t going straight into the Bad Batch taking on the Empire, because as of right now, they are staying off the radar and haven’t done much to warrant them being chased down, which I suspect will be coming in later episodes, as they slowly release what’s going on with the Empire.

Overall – Episode 6 is another solid episode of “The Bad Batch” and has plenty of action to keep us entertained, while slowly unveiling the bigger story arc.    The animation on this series is top-notch, with some fantastic backgrounds and plenty of detail on the characters. The development of the characters is a little slower than I’d like, but overall, I enjoyed it, but wasn’t necessarily blown away with it.

Roger has been a Disney fan since he was a kid and this interest has grown over the years. He has visited Disney Parks around the globe and has a vast collection of Disney movies and collectibles. He is the owner of What's On Disney Plus & DisKingdom. Email: Roger@WhatsOnDisneyPlus.com Twitter: Twitter.com/RogPalmerUK Facebook: Facebook.com/rogpalmeruk
View all posts
Tags: bad batch, review, star wars