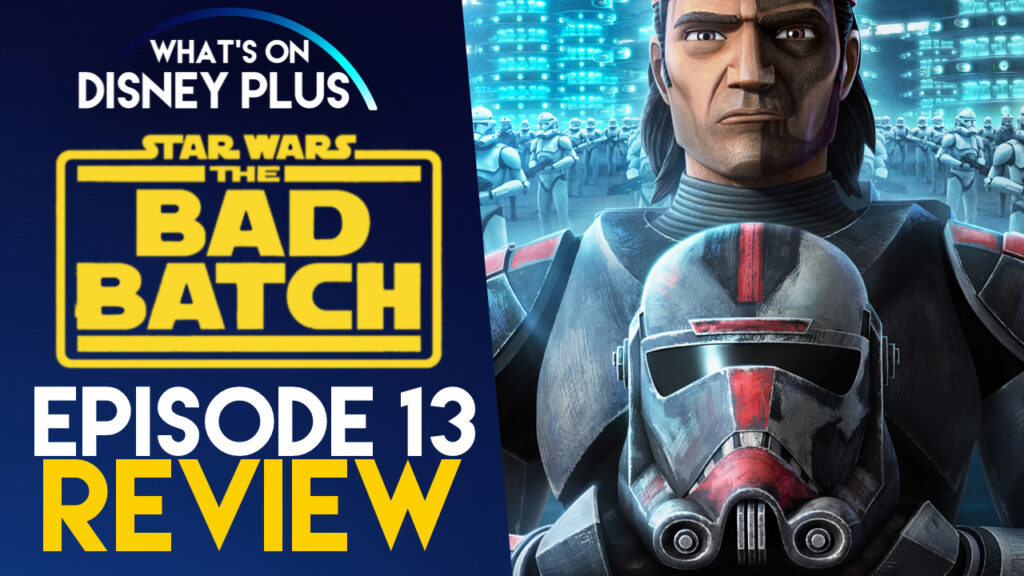 It’s that time of the week again, and The Bad Batch is back with a new episode so let’s talk about the newest episode, “Infested.”

The episode opens up with The Bad Batch landing on Ord Mantell and discuss how Cid needs to pay them more for the mission they did.

The Bad Batch walk into Cid’s Parlor and realise how populated the parlor is compared to usual, which is when they discover Cid had her parlor taken from her by Roland, a former client and up and coming crime boss who made a deal with the Pykes (viewers will recognise the Pykes from a Star Wars Clone Wars arc about Darth Maul).

After leaving the parlor and heading back to the ship, Omega tells the others they need to find Cid and help her when they notice Cid in the doorway of their ship/

After figuring out a plan to get Cid’s parlor back which involves the squad sneaking through the mining tunnels under Cid’s office and stealing Roland’s supply of spice which he intends to pay the Pykes with.

After stealing the spice however The Bad Batch lose it in the tunnels escaping. When they return to reclaim the parlor, they run into the Pykes, who demand they return the spice to them or they will all be killed.  The group agrees, but they’re told they just leave Omega with the Pykes.

Cid agrees but assures Hunter that she got Omega into the mess and promises to help her. After returning the spice to the Pykes, they return Omega to them before cutting off one of Roland’s horns. As a thank you Cid tells the rest of the group “The first round is on me” to which Wrecker remarks “You’re going to owe us more than that” to which Cid tells him “Don’t push it”

Overall, “Infested” is another decent episode. It feels more rushed than the previous episode as within twenty-eight minutes, they finish find out Cid lost her parlor, then steals Roland’s spice, then returns it all, really quickly. Star Wars The Bad Batch is a good series and a fun continuation of The Clone Wars, but episodes like “Infested” hurt the series as they feel rushed.