Disney has released a new poster featuring all of the characters introduced in the first season of “Star Wars: The Bad Batch” including Cad Bane, Hera and Fennec Shand. 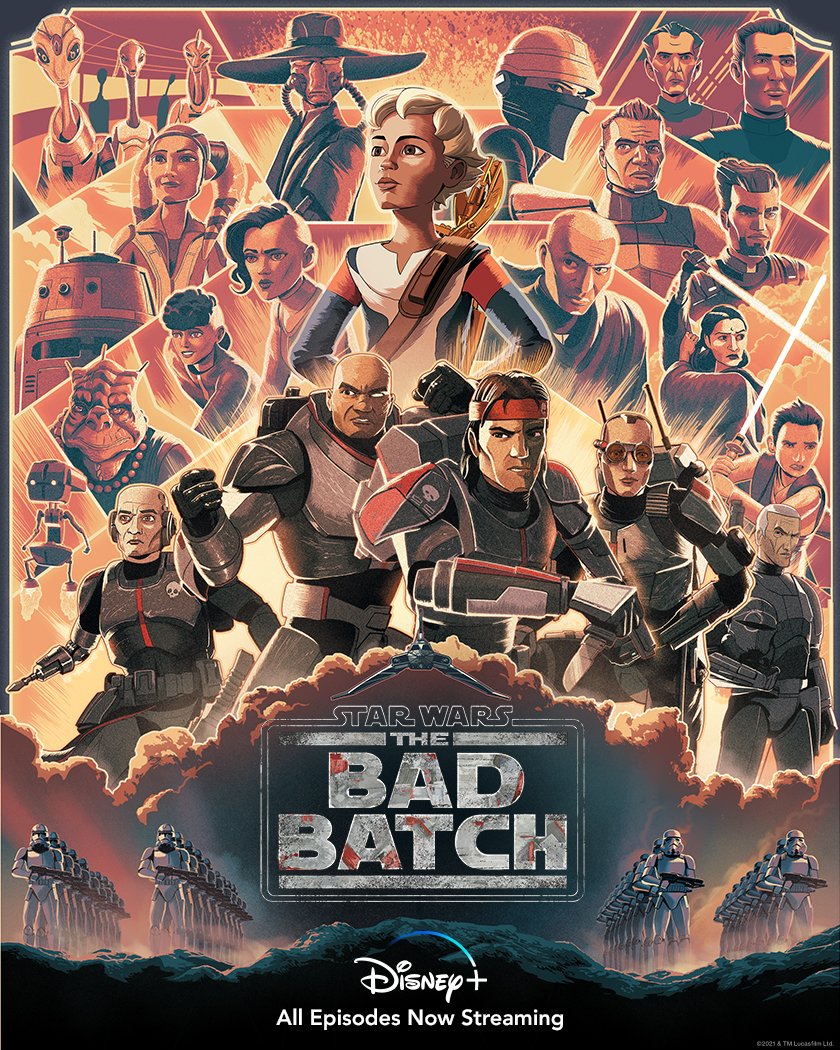 The entire first season of “Star Wars: The Bad Batch” is available to watch on Disney+ now.

Did you enjoy the second season of “The Bad Batch”?