The merry band of rebels work to free Lothal from the clutches of the Empire and, in doing so, seem to serve as an inspiration for the rest of the Rebel Alliance moving forward in the final season of “Star Wars: Rebels.” The final season features pain, sacrifice, loss, joy, victory and personal growth for Ezra, Hera, Kanan, Zeb, Sabine and Chopper. And, for my money, this is the best animated series “Star Wars” has made so far.

Ezra’s journey here is amazing. He was a homeless thief who was adopted by a band of rebels because of his force sensitivity. He became a Jedi padawan and grew into a key figure in the rebellion. Now, he’s a military leader who is taking the reins from his master after Kanan sacrifices himself to save Ezra and Hera. This series does a great job of showing the growth of a Jedi not directly connected to the Skywalker legacy, while still connecting it to the prequels, “The Clone Wars” and the original trilogy.

The most emotional moments are the ones of self-sacrifice. And, this is where Dave Filoni’s writing and direction came through in spades. That moment where Kanan gives up his life is gut-wrenching and heartbreaking. It’s simultaneously the best and worst moment of the season and perhaps the entire series. On top of that, Ezra learns his most important lesson from this sacrifices. First, he saves Ahsoka, but doesn’t save Kanan, ensuring that Ezra will be around to fight Grand Admiral Thrawn and ensuring someone will be able to help Sabine come look for him when he has his moment of sacrifice. Ezra travels with the purgill to ensure Thrawn is defeated and can’t continue his siege on Lothal. There’s a beautiful irony in the fact that Ezra saves his home world but doesn’t get to experience its freedom. 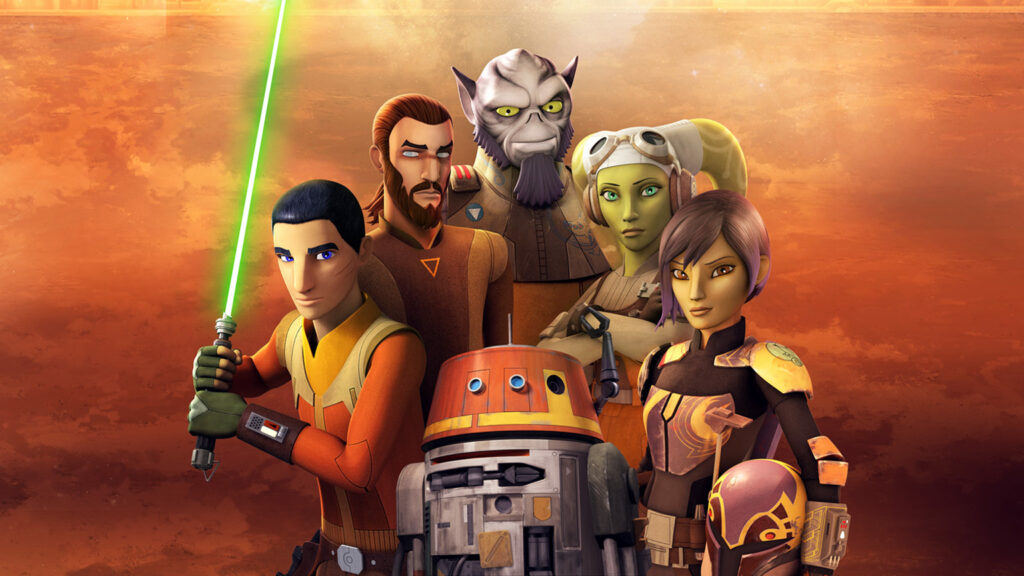 While Ezra sacrifices everything he’s fought for, almost everyone else gets their happy ending. Hera and Rex fight in the Battle of Endor and help finally overthrow the Empire. Hera has welcomed her son and it’s hinted strongly that he’s Kanan’s son, as well. Zeb and Kallas strike up a friendship and Zeb reveals to Kallas that he didn’t wipe out all of the Lasats, helping to clear Kallas’ conscience. And, Sabine has spent her time continuing to protect Lothal, but as the series ends, she’s headed out with Ahsoka to find Ezra.

With Disney+ unveiling many future “Star Wars” shows, I hope for a return by many of the characters featured in this series. We got the voice of Kanan speaking to Rey in “Star Wars: Rise of Skywalker.” No matter your opinion on that film, that moment was cool. The Ghost was also seen in the final battle of that film. It was another nice throwback to this series. And, Ahsoka appears in “The Mandalorian.” Even though the majority of her story is told in “The Clone Wars,” she is still a character in “Rebels” and the episode in which she appears reveals that Thrawn is still alive somewhere. We should see him again, and hopefully that means we see Ezra as well.

Happy Star Wars Day! May the Fourth be with you.

Jeremy has been a big Disney fan since he was a kid growing up during the Disney Renaissance. One day he hopes to go to every Disney Park in the world.
View all posts
Tags: disney, disney xd, rebels, retro review, review, star wars