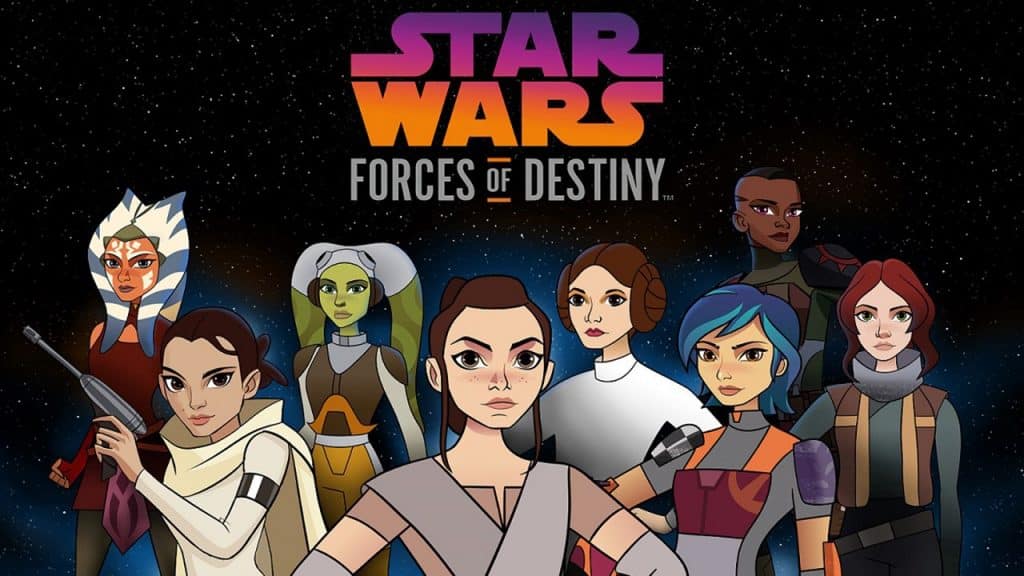 Disney has announced that all four volumes of the animated short series “Star Wars: Forces Of Destiny”, will be coming to Disney+ in the US, Canada, Australia and New Zealand.

Rey, Ahsoka Tano, Jyn Erso, Princess Leia, Sabine Wren, and other icons of a galaxy far, far away take center stage in Star Wars Forces of Destiny — a animated micro-series and initiative celebrating some of Star Wars‘ most beloved and inspirational characters.

Developed by Lucasfilm Animation, Star Wars Forces of Destiny will remain true to the Star Wars canon, showing how choices both big and small ultimately shape the destinies of beloved characters.

“Star Wars Forces of Destiny is for anyone who has been inspired by Leia’s heroism, Rey’s courage, or Ahsoka’s tenacity,” said Kathleen Kennedy, president of Lucasfilm. “We’re thrilled that so many of the original actors are reprising their roles in these shorts which capture the small moments and everyday decisions that shape who these characters are. It is a fun new way for people to experience Star Wars.”

These four volumes contain the original shorts from the mini series plus extra segments in between them.

Are you looking forward to seeing “Star Wars: Forces Of Destiny” on Disney+?

Roger has been a Disney fan since he was a kid and this interest has grown over the years. He has visited Disney Parks around the globe and has a vast collection of Disney movies and collectibles. He is the owner of What's On Disney Plus & DisKingdom. Email: Roger@WhatsOnDisneyPlus.com Twitter: Twitter.com/RogPalmerUK Facebook: Facebook.com/rogpalmeruk
View all posts
Tags: forces of Destiny, star wars