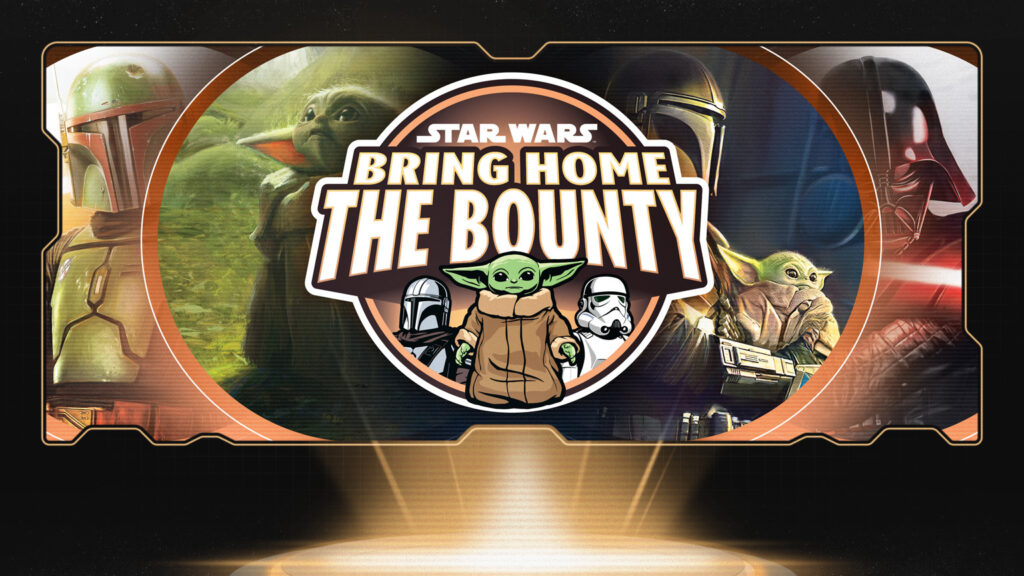 Disney and Lucasfilm have launched a brand new campaign called “Bring Home the Bounty,” which is a global promotion to advertise new “Star Wars” themed consumer products, games and publishing.  Every Tuesday from now through December 28th, new merchandise will be revealed, to help fans find the perfect bounty for their family, friends and themselves this holiday season. Which will build up excitement for the upcoming series “Star Wars: The Book Of Boba Fett”, which is being released on Disney+ on Wednesday 29th December. 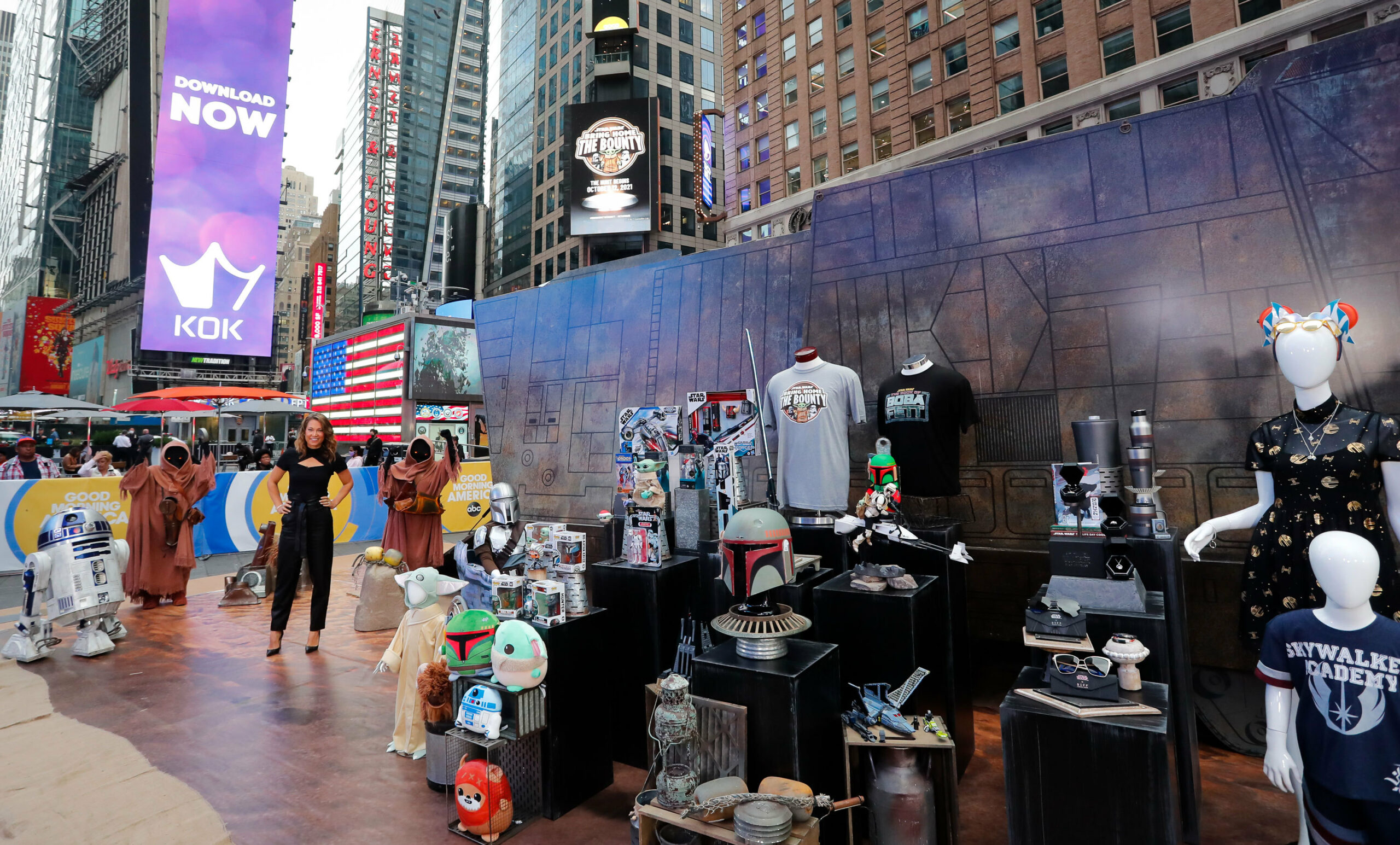 The 12-week program will include reveals of items inspired by the expansive Star Wars portfolio including Lucasfilm series like “The Mandalorian” and “The Book of Boba Fett,” classic content like the Skywalker saga films, new animated works like “Star Wars: The Bad Batch” and “Star Wars: Visions,” and much more. Each Tuesday, new goods across toys, apparel, action figures, accessories, books, comics, games content and more will debut on BringHomeTheBounty.com, as well as with retailers globally, helping fans to round out their holiday wish lists. 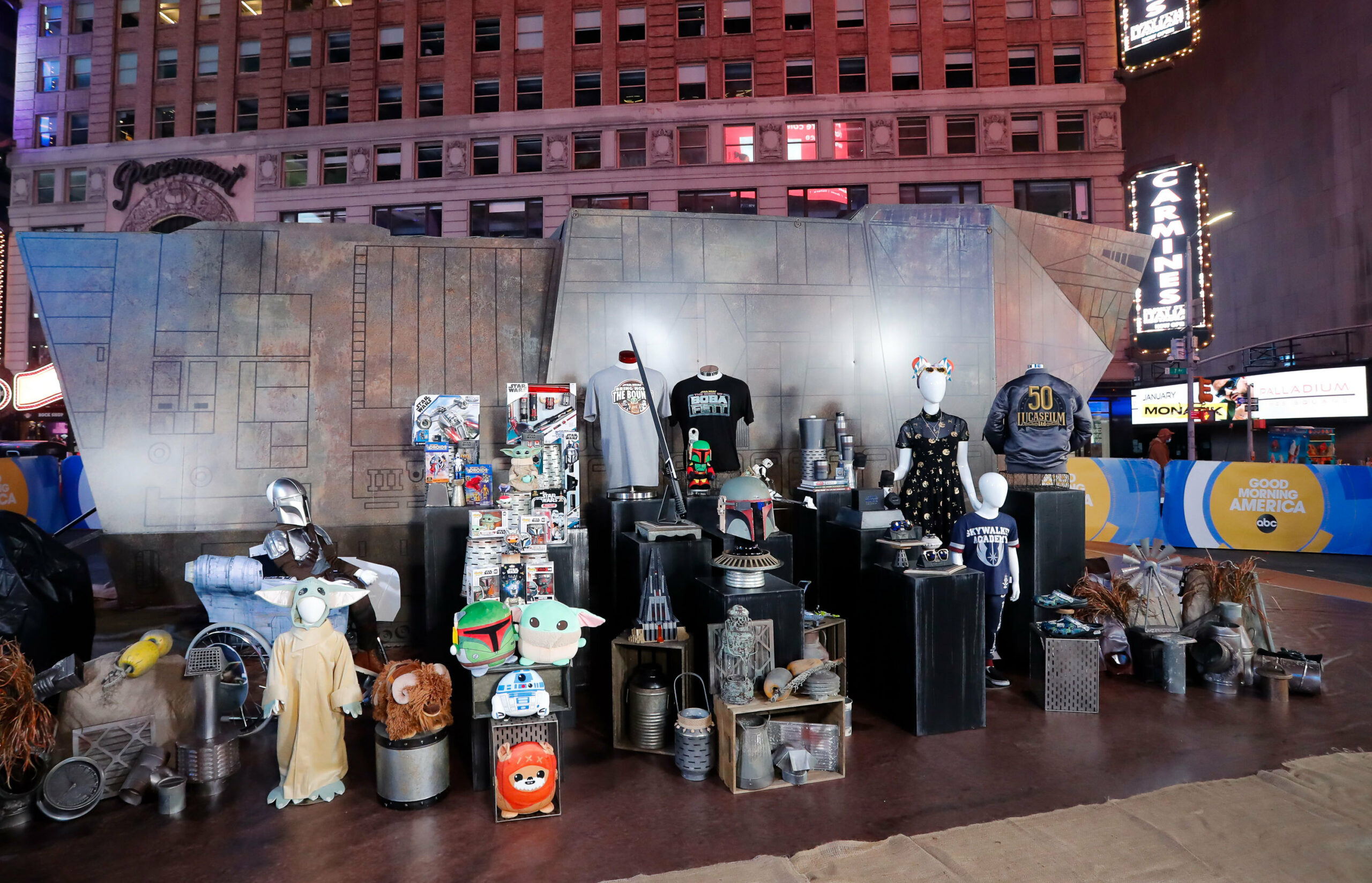 “With the Lucasfilm 50th anniversary coming to a close this year, we wanted to find a way to celebrate all of our beloved characters and stories from the classic to the new and everything in-between,” said Paul Southern, Senior Vice President, Franchise & Licensing, Lucasfilm and National Geographic, Disney Consumer Products, Games and Publishing. “There will be something to excite every Star Wars fan this year with such a wide assortment of items to enjoy and engage with, whether fans are adding to their own collections or scouring for the perfect gift.” 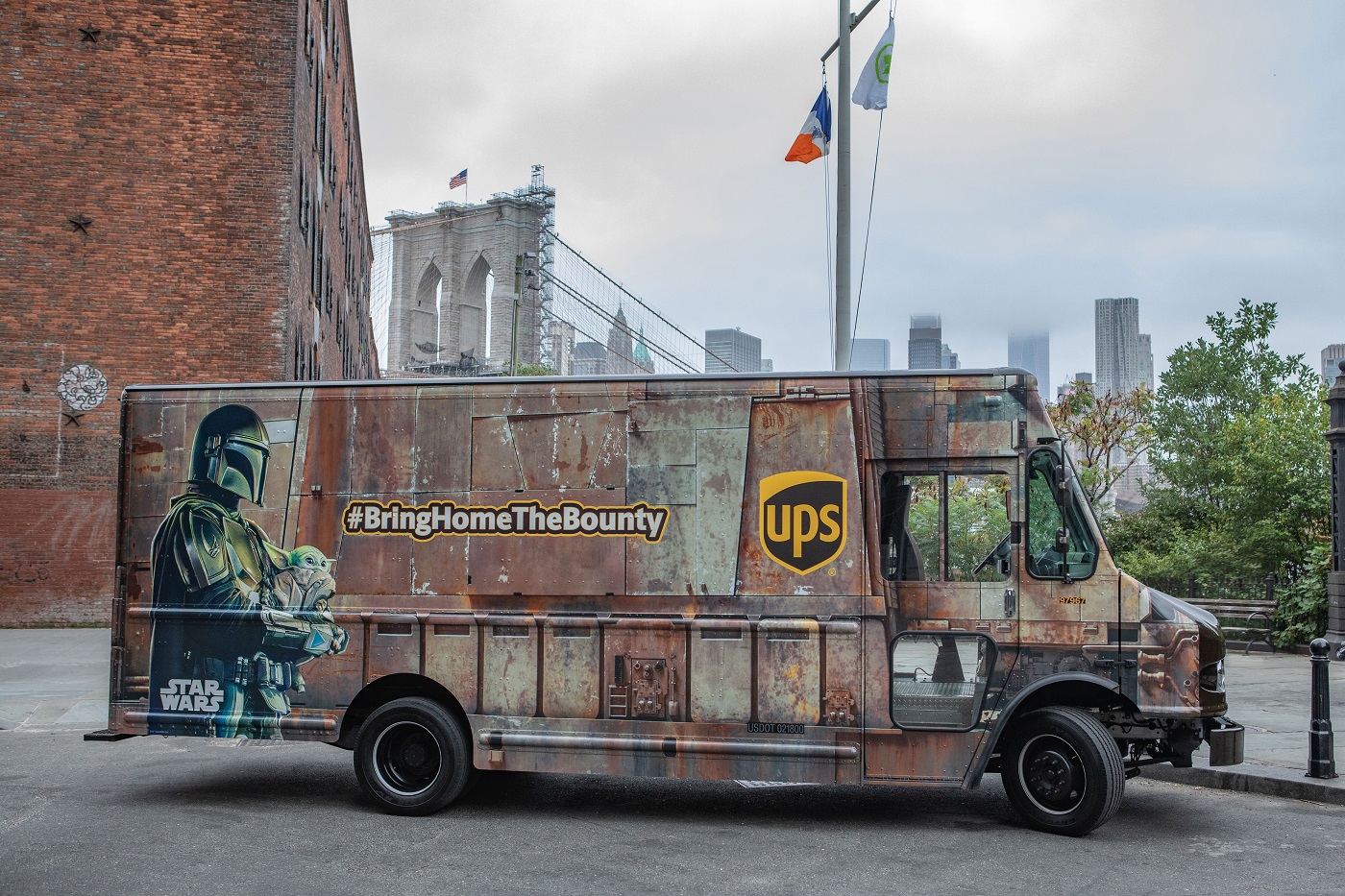 New products and content across consumer products, games and publishing, including items from Hasbro, The LEGO Group, Funko, Mattel and many more, will be revealed each Tuesday at 6:00 a.m. PDT / 9:00 a.m. EDT, with select pre-orders starting Wednesdays at 10:00 a.m. PDT / 1:00 p.m. EDT. Products can be found at top retailers globally, including shopDisney.

Additionally, for this week only, as part of a collaboration with Disney and Lucasfilm, UPS will use vehicles for select delivery routes in both the New York City and Los Angeles metro areas that will be specially wrapped to resemble a Jawa sandcrawler – the huge treaded fortresses used by Jawas as transportation and shelter in the Star Wars galaxy. The collaboration will help build excitement and anticipation for the many bounties to be delivered this holiday season. To further engage fans, audiences will be invited to enter the Star Wars Spot the Sandcrawler Sweepstakes on the Disney Products Instagram page for their chance to win Star Wars prize packs from shopDisney.com.

What new piece of Star Wars merchandise are you looking forward to getting this Christmas? 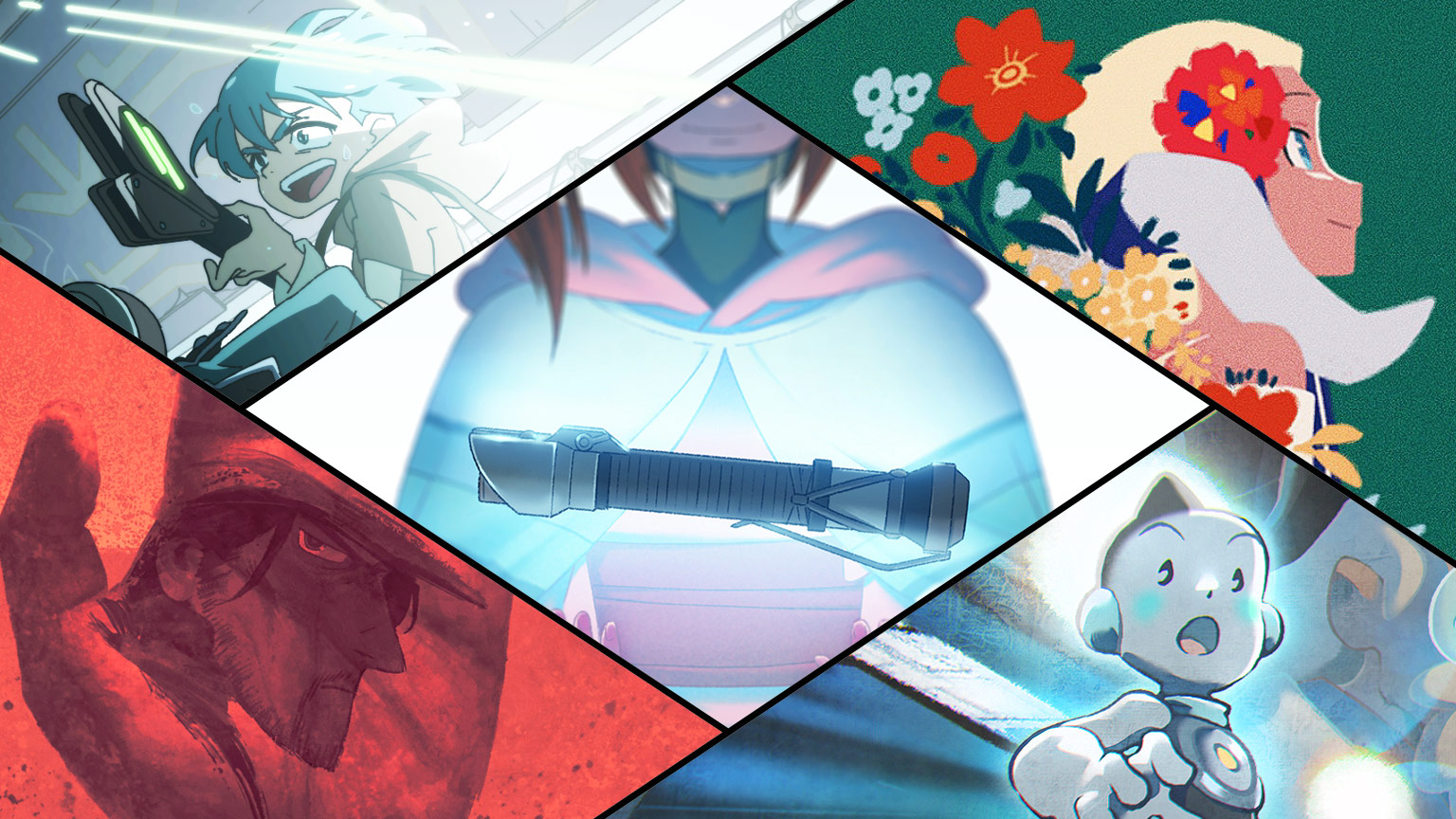