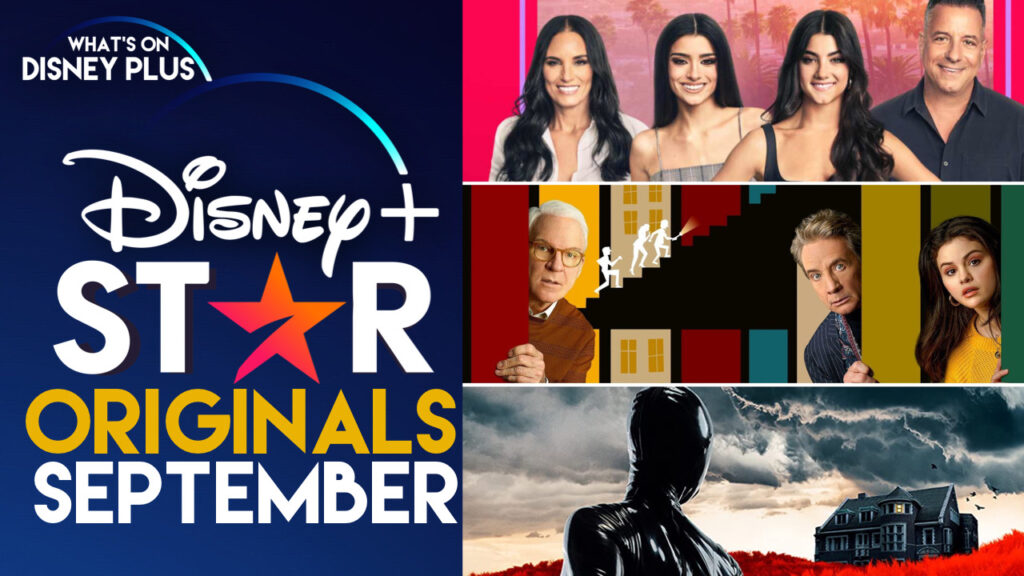 There are lots of great new Star Originals coming to Disney+ in September which include new episodes of “American Horror Stories” and “Only Murders In The Building”.

Unlike Disney+ Originals, the availability of Star Originals can vary between countries due to pre-existing streaming contracts.  These are also usually available on Hulu in the United States and will be coming to Star+ in Latin America.

Here’s a look at some of the “Star Originals” coming in September:

New episodes are released every Tuesday on Disney+ in many countries including the UK, Australia, Canada, Ireland, New Zealand and many others.

All 8 episodes will be released at once on Friday 3rd September on Disney+ in the majority of countries with Star.

New episodes of Reservation Dogs are being released every Wednesday on Disney+ in Canada.

New episodes will be released every Wednesday throughout September in Canada, with the first episode arriving in the UK and some other European countries on Wednesday 8th, with new episodes coming every week afterwards.

That One Word: Feyenoord (UK/Australia)

New episodes will be released on Disney+ in many countries including the UK and Australia every Wednesday throughout September.

What Star Original are you looking forward to the most?