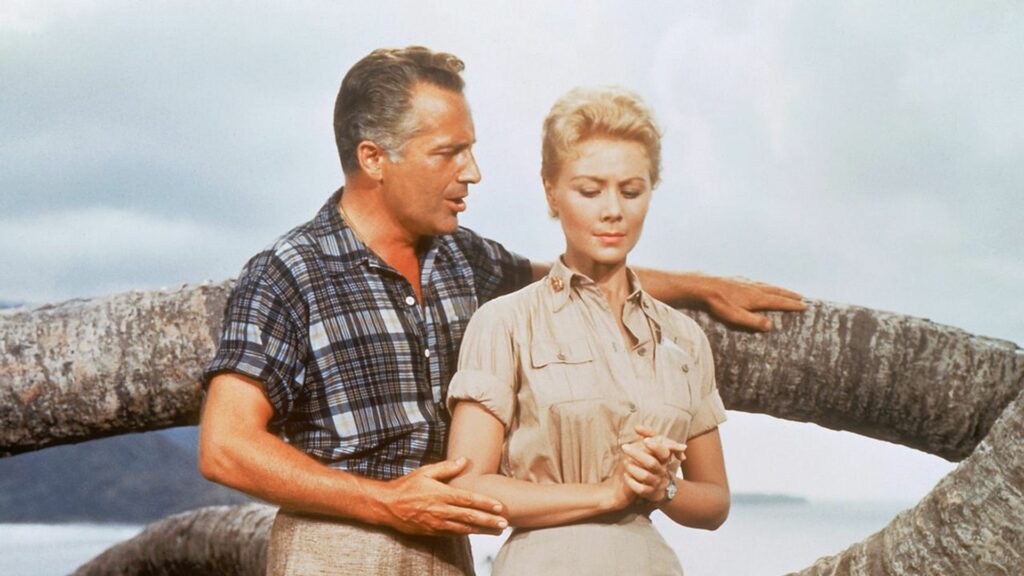 Disney has announced that the classic 20th Century Studios film “South Pacific” will be coming to Disney+ on Friday 30th April in Canada, Australia and New Zealand.

A young American nurse from Little Rock (Gaynor) meets the handsome and mysterious French planter (Brazzi) on a South Pacific island during World War II. Seeking respite from the battles around them, they find refuge in each other as their romance blooms in the lush tropical paradise. The natural beauty of the islands, the hijnks of the sailors, the danger of war, the passion of young love and the strength of true love are joined by a sensational Rodgers & Hammerstein score.

Filmed on location on the beautiful Hawaiian island of Kaua’i, South Pacific is the only theatrical film adaptation of a Rodgers and Hammerstein stage musical to feature all its original songs, including such renowned classics as “Bali Ha’i,” “Some Enchanted Evening” and “Happy Talk.”

Are you looking forward to seeing “South Pacific” on Disney+?

Roger has been a Disney fan since he was a kid and this interest has grown over the years. He has visited Disney Parks around the globe and has a vast collection of Disney movies and collectibles. He is the owner of What's On Disney Plus & DisKingdom. Email: Roger@WhatsOnDisneyPlus.com Twitter: Twitter.com/RogPalmerUK Facebook: Facebook.com/rogpalmeruk
View all posts
Tags: south pacific