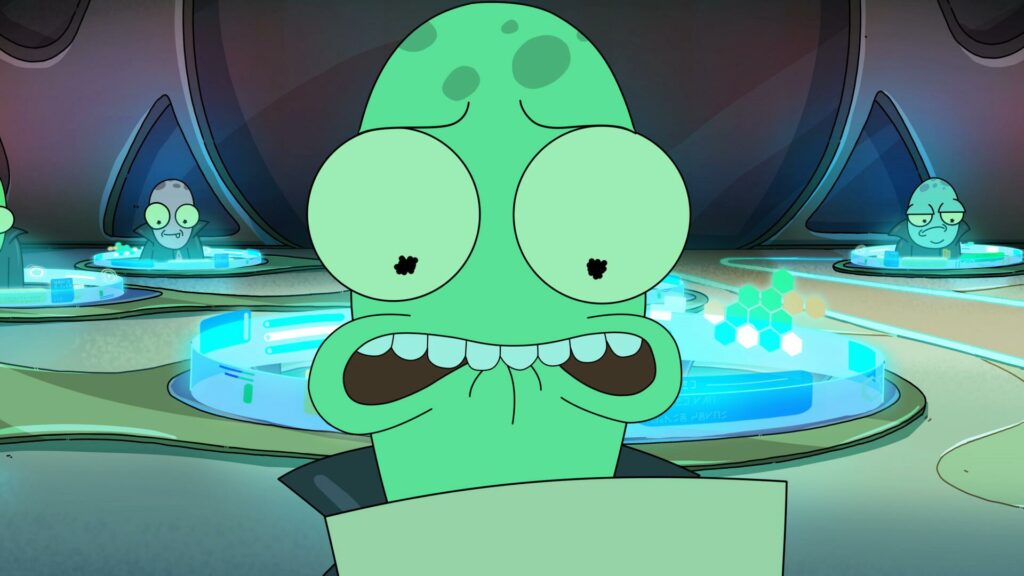 Much like most episodes of “Solar Opposites”, there are two main stories going on and trying to explain one of the these isn’t the easiest things to do, because this series has some of the most bizarre and crazy ideas I’ve seen in a while.

The main story involving Terry and Korvo, who has a post box which can send letters into the past, unfortunately Korvo gets too carried away in trying to change Terry’s annoying habits, Terry ends up becoming an insane psychopath and wants to kill everyone. As you might expect, this all ends badly, with some very bloody and violent scenes. Plus a scene almost ripped right out of Pixar’s Up, that hits hard. It’s bonkers, it’s crazy and totally in-keeping with this adult comedy. 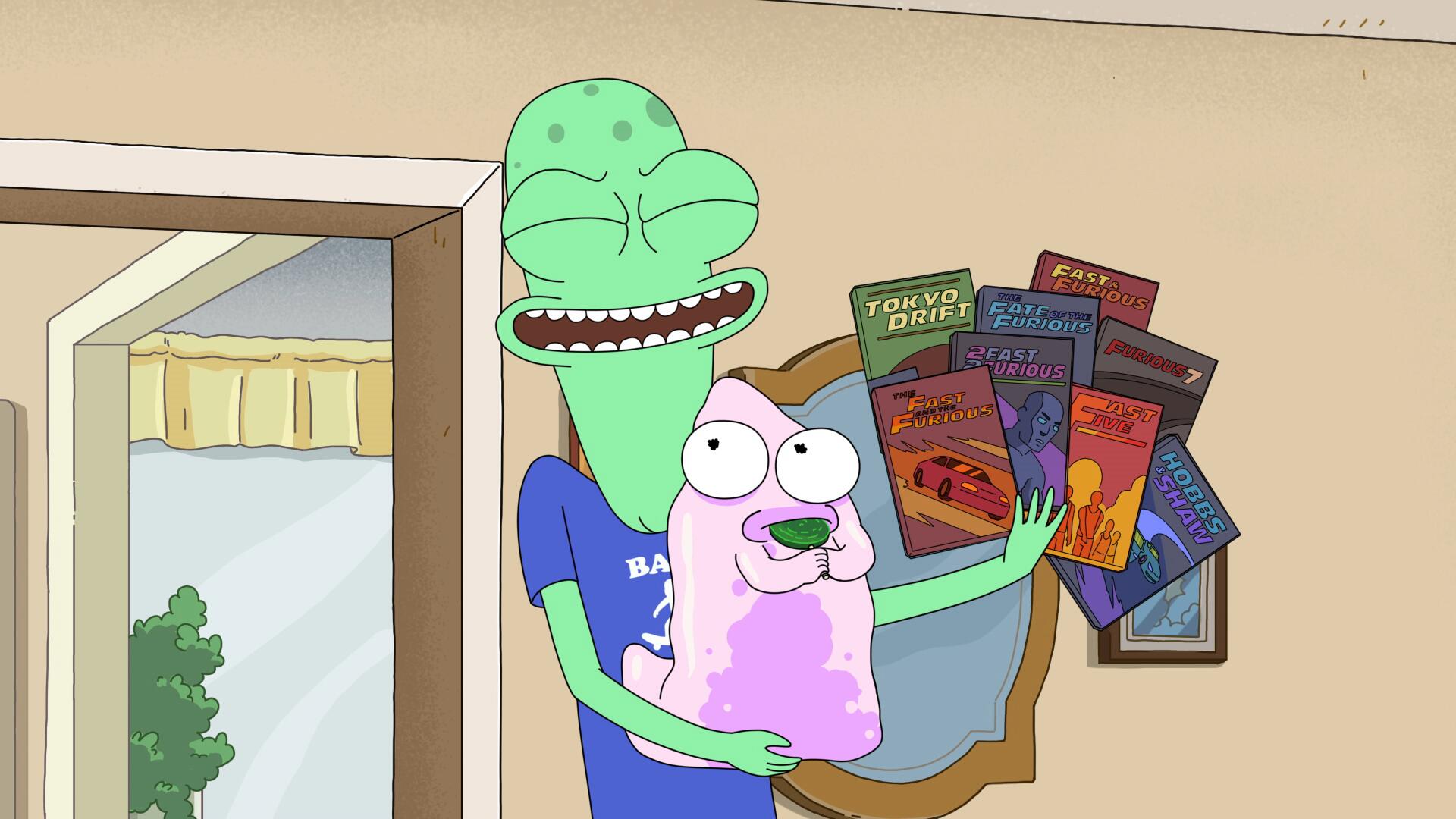 Then we have Yumyulack’s story, where he is fed up with being bullied and works out that the only way to stop it, is by using their advanced alien technology to grow a huge dick. This leads him to discovering a secret club of members that control that power. But Yumyulack becomes too power-hungry, and this ends badly. It’s an insane idea and is completely bonkers, but I love it.

I did have many laugh out loud moments in this episode, and I’m completely hooked on this series. It’s a highlight of the new originals to hit Disney+ internationally and this episode didn’t disappoint.

Solar Opposites season 2 episode 3 is available on Disney+ in many countries, including the Canada, Australia and the U.K.