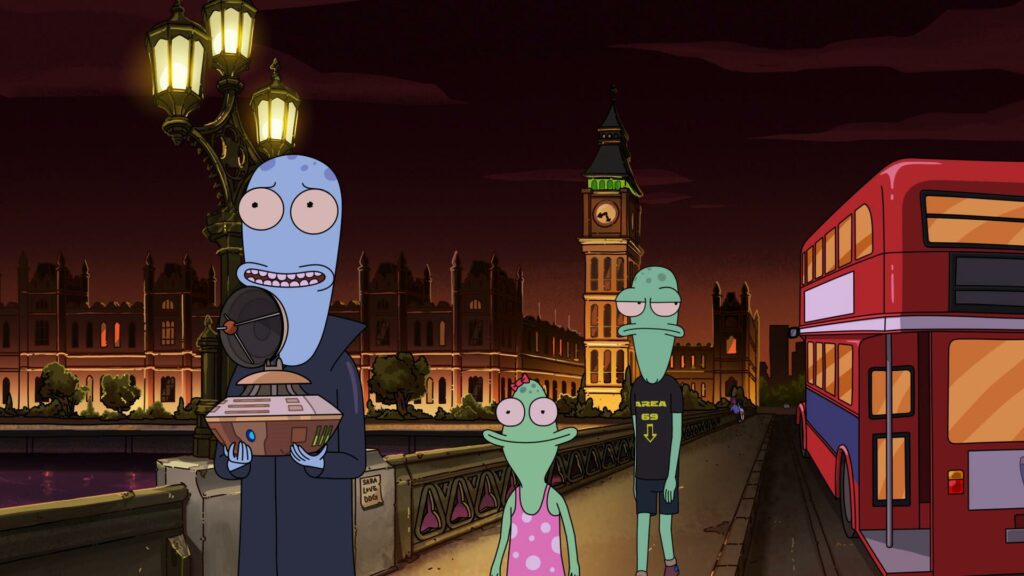 Just a week after the first season came to an end, Disney has released the first episode from the second season, with new episodes dropping every Friday on Disney+ in the U.K, Ireland, Canada, Australia, New Zealand and other regions with Star.

The second season kicks off with the “Solar Opposites” getting ready to leave Earth, even if Terry and Jesse aren’t happy about leaving their new home.  However, this doesn’t go to plan, and they are stuck on Earth for a little longer.

This leads to the main storyline for this episode, where Korvo picks up a distress signal from another spaceship on Earth, so the “Solar Opposites” head to London, England.  As you might expect, this results in many stereotypical British gags, which work perfectly.

It’s here that they meet another crew, who live in the sewers and only come out at night to collect food from rubbish bins.   They haven’t integrated with living on Earth, and Korvo loves the idea of that, though he soon realises he’s missing Terry and the kids. 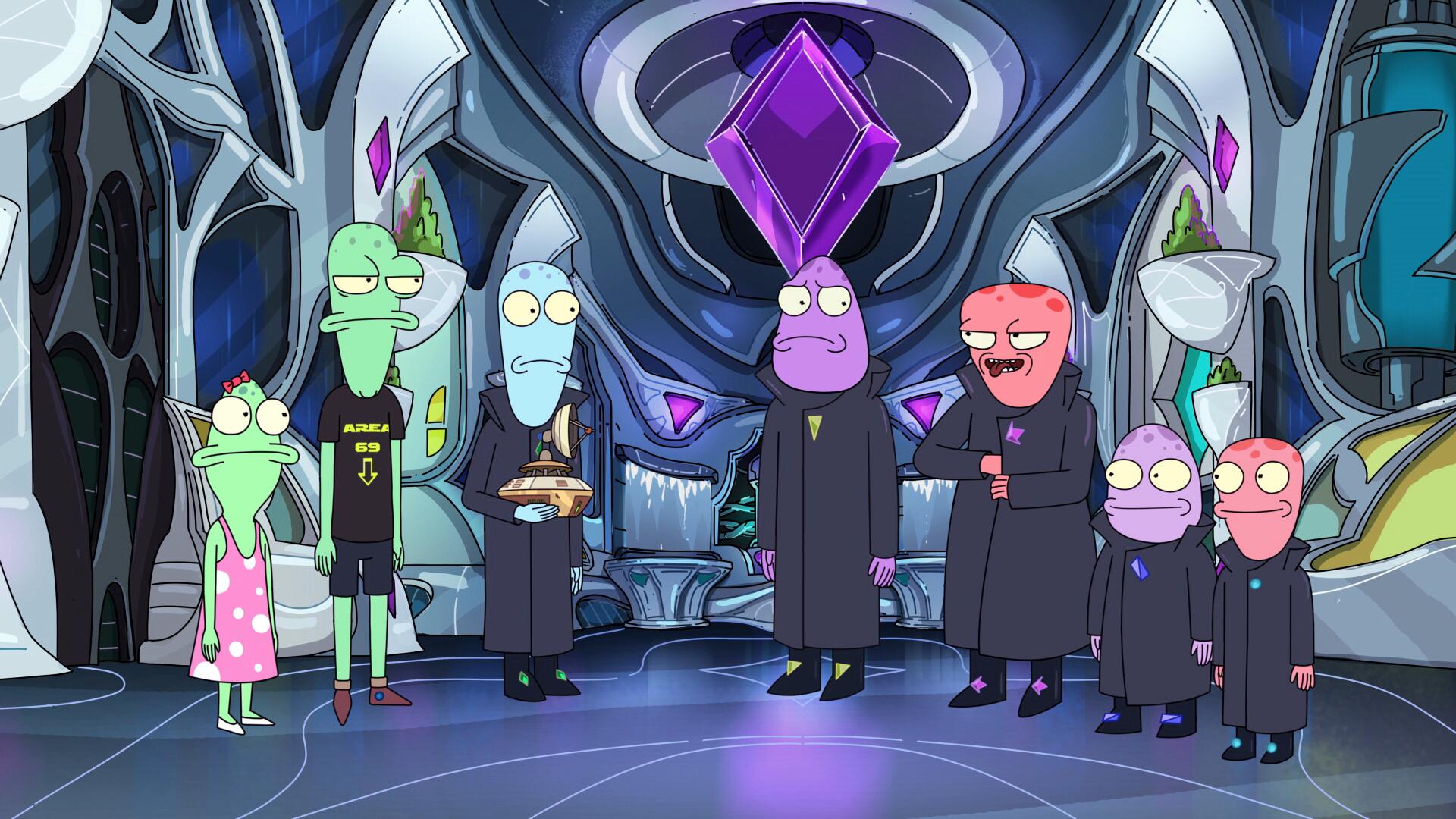 They are also struggling without Korvo keeping them in check, but when Korvo decides to head back to his family, the other crew decided they’ll just take the Pupa they need to terraform the planet.  This leads to a massive $1 million sci-fi epic finale that only this show can deliver.

”Solar Opposites” kicks off its second season with a fun episode that continues the craziness that this show delivers.  It’s got plenty of laughs and is utterly bonkers, but I really enjoyed it, and it’s certainly one of the highlights of the week for new Disney+ shows.   If you love adult animated series like “Family Guy” or “American Dad”, this is a show you should check out.

The first episode of the second season of Solar Opposites arrives on Disney+ as a Star Original on Friday 9th April.