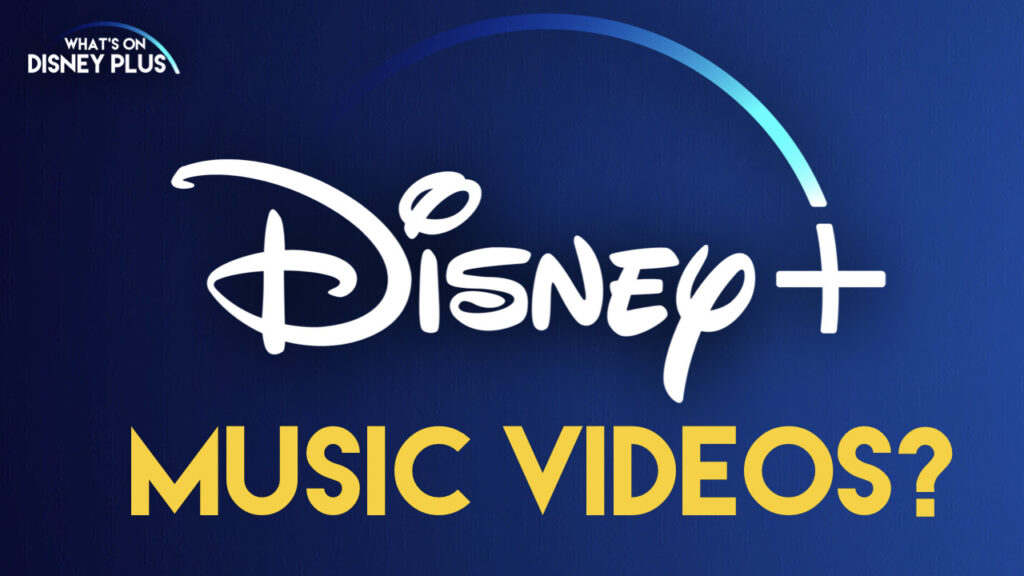 Disney+ has a mountain of movies packed with amazing songs such as “Frozen” and “The Lion King” as well as many series that feature original songs, which include “Phineas and Ferb” and “The Simpsons”. Plus, so many of the Disney Channel Original Movies and series feature music performed by some of the biggest stars.

So with Disney uploading, actual music videos to Disney+, is this the start of a trend? Or are these videos just one-offs? Now the latter option seems more likely since “Calling All The Monsters” wasn’t added to the US, but let me explain why this could be something Disney+ implements as a new form of content.

This will be a counterargument to what I’m saying, so I’m going to address this now, the fact that the music videos are available for free on YouTube doesn’t mean Disney can’t offer them in some way on Disney+.

If Disney added videos like “Man or Muppet”, which is a music video from the 2011 movie “The Muppets”, it would fit nicely into the “Extras” tab on Disney+. It would be a way for Disney+ subscribers to be able to listen to the song without having to go through the movie and without having to leave the Disney+ app.

The only issue could be that Disney is making more money on advertising from these music videos being available on YouTube, especially since music videos are often watched repeatedly.

Disney’s music videos have generated billions of views on YouTube, but this could also be a great way of bringing audiences back into Disney+. 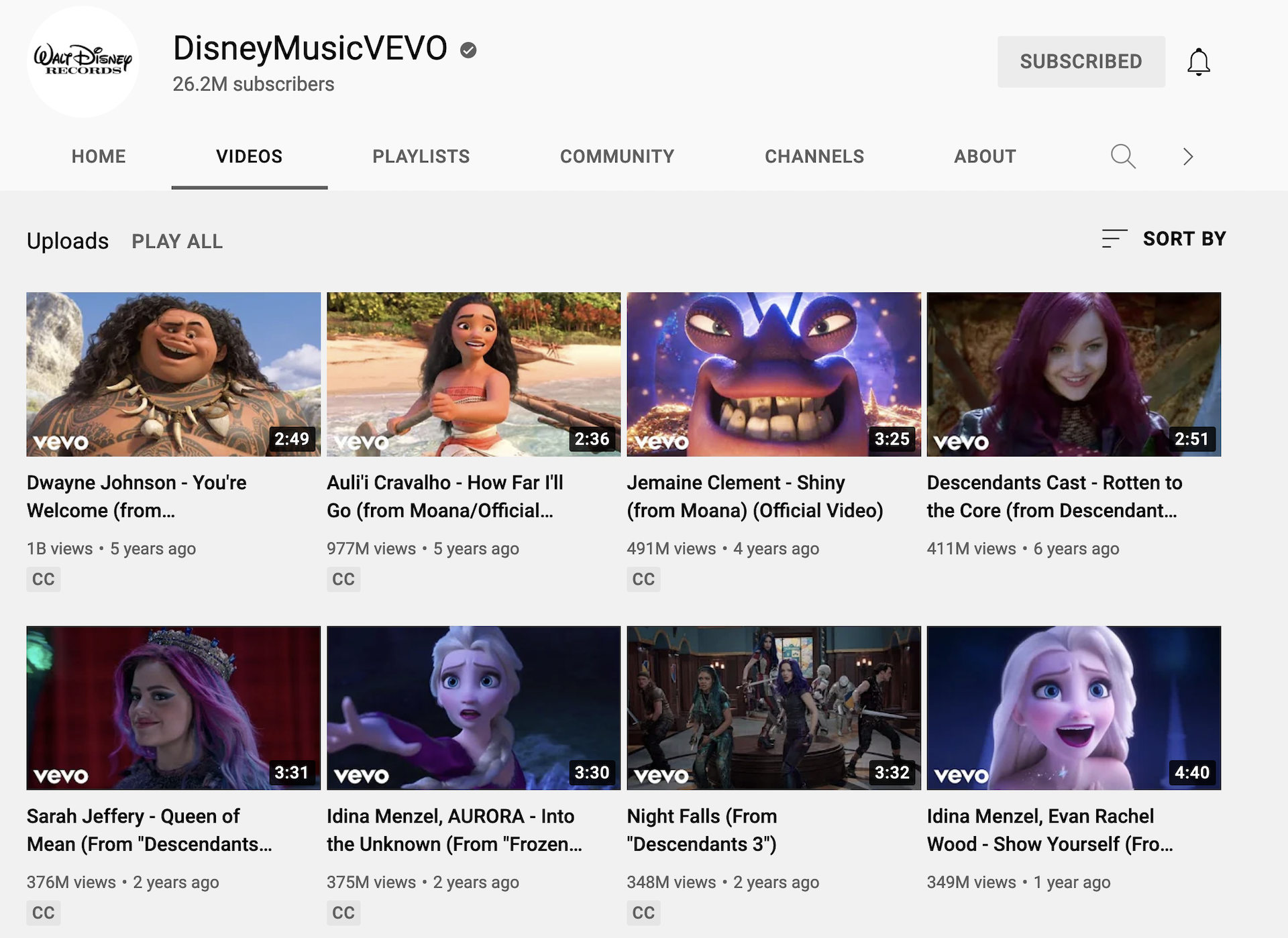 DisneyLife Had A Similar Feature:

Now I don’t want to dwell on the past too much. Still, DisneyLife, Disney’s original streaming service in the UK, Ireland and Philippines, had the music videos available on the service, in addition to offering the entire album.

So why not utilise the fact that these are beloved songs and offer music videos, or even just upload the music tracks in the same way Disney uploads videos onto their YouTube channels.

Adding music videos of some of the biggest Disney films like “Frozen”, “Moana”, “Sound Of Music”, “The Greatest Showman”, and modern movies like “Encanto” and “West Side Story”, would generate millions of views within the Disney+ app.

Keeping users engaged within the Disney+ is vital because they are never more a click away from moving onto something else on YouTube.

Most Movies Have “Extras” Tabs

Another option, which also makes sense, is that most of the movies, on Disney+ have an “Extras” tab in between the “Suggested” and the “Details” tabs. For a large number of the film, if they have the “Extras” tab, they might have a few clips from the movie as well as a trailer. However, there are a few exceptions, with the likes of the 2020 “Mulan” remake having several of its songs listed under the “Extras” tab.

“Mulan” (2020) isn’t the only example of a film that has some of its songs listed under the Disney+ “Extras” tab as the film “Into The Woods” is in the same metaphorical boat as it has a song listed under the tab. Personally, I think Disney should be using the “Extras” tab to highlight music within the movies on Disney+, especially the ones which are given actual music videos like “Let It Go” from “Frozen” did.

Alternatively, they could be listed separately, in a collection, making it easy to play them one after another, or just to repeat the tracks over.

The Rare Case Of “Do The Bartman”

Since “The Simpsons” is a massive draw for Disney+, surely they’d want to have Bart Simpson’s 90s single “Do The Bartman” preserved on Disney+, right? Well, it’s complicated. “Do The Bartman” was included on the album, “The Simpsons Sing The Blues”, which is available on Spotify. The song is somewhat controversial because it was co-produced and co-written by Micheal Jackson, but Jackson also provided backup vocals to the song. Why this is controversial is due to the 2018 documentary “Leaving Neverland”, which accused Jackson of inappropriate interactions with minors before his death in 2009, this documentary also led “The Simpsons” creators to pull the season 3 episode “Stark Raving Dad” from airing on television or being available on Disney+.

“Do The Bartman” is in an odd spot as the song is still available to stream on Spotify, and the accusations against Jackson are almost impossible to prove as he has been dead for over a decade and can’t defend himself. “Do The Bartman” would be an excellent addition and the song is already on Spotify. Still, I doubt Disney will ever upload the music video onto Disney+ for the same reason the show’s creators pulled “Stark Raving Dad” from circulation.

Spot the similarities here, “Black Is King”, “Folklore: The Long Pond Studio Sessions”, “Happier Than Ever: A Love Letter To Los Angeles” and “The Beatles: Get Back” are all documentaries about music and all of them besides “The Beatles: Get Back” are concert films. Disney has made a habit of uploading “Concert Films” onto Disney+, including ones that initially aired on Disney Channel, including “The Jonas Brothers: Concert Experience”.

The addition of “Puppy For Hanukkah” in a large number of countries and “Calling All The Monsters” in the UK means that Disney is looking at filling up Disney+ with whatever they have, and music has been a core part of many Disney movies for almost a century. If Disney is willing to utilise specific music videos from the Disney Channels, there is no reason they couldn’t add more to the Disney+ catalogue.

Disney should add more of their music to Disney+ as a way to lock people into the Disney ecosystem. They’ve already done it with the fact that Disney+ has so many popular franchises and IP. I know Disney has its songs on music services like Spotify and Apple Music. Still, if Disney wanted to get the analytics directly, they could upload the music tracks and videos to Disney+ and watch how much they’re played by each Disney+ subscriber, which would help Disney improve their music for future content.

But those are just my thoughts, what do you think? Should Disney+ Add Music Videos?

Ethan "Neil" Holloway is a huge Marvel, Star Wars and Pixar fan who grew up with Disney movies like Iron Man and The Lion King. Ethan has always been fascinated by movies especially ones that give a fair representation to those of disabled backgrounds and hopes to one day publish a novel with Disney Publishing Worldwide. You can call Ethan the "Disney Anime Guy" if you want.
View all posts
Tags: Disney Music 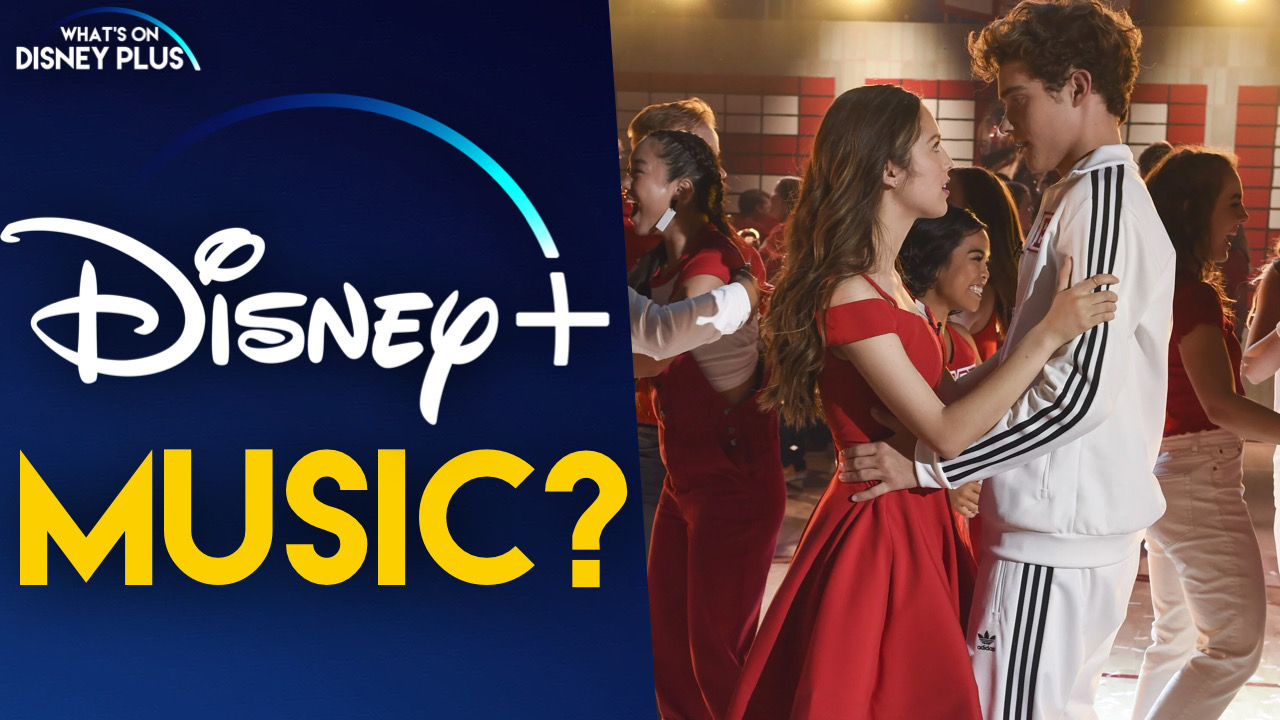