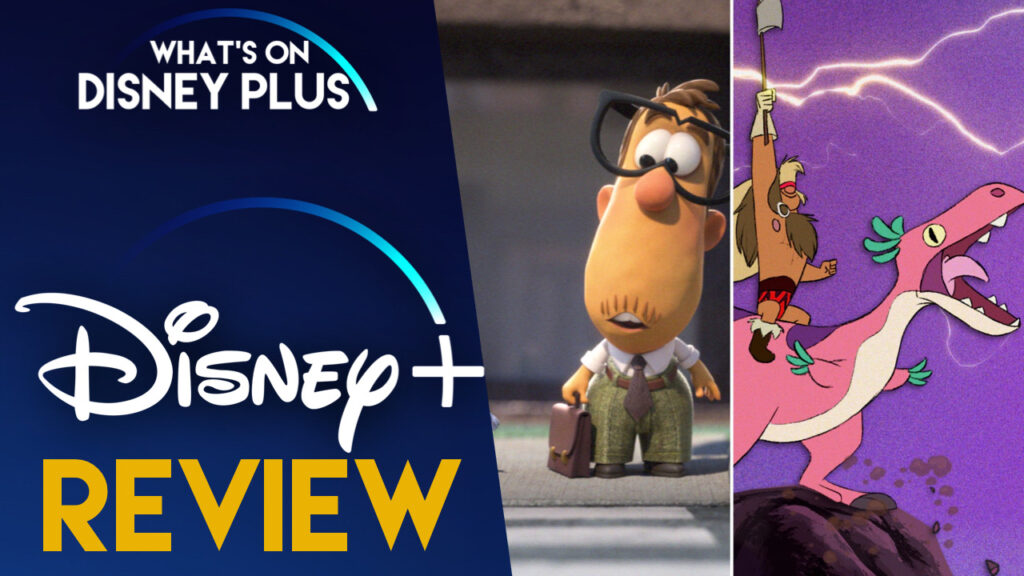 Walt Disney Animation is releasing five new shorts on Disney+ on Wednesday 4th August, as part of the second batch of “Short Circuit” innovative and experimental short film program where anyone at the Studio can pitch an idea and potentially be selected to create their own short, marks the fifth anniversary of the program’s inception.

One of the things I’m really enjoying about Disney+ is its commitment to give new talent a chance to step up, as there are three different short programs going on right now, (Short Circuit, Launchpad & SparkShorts).  All of which are giving us a great opportunity to experience something fresh and now.

I think it’s so important that new talent is given an opportunity, as any one of these five shorts could spark something that could lead into the next big franchise for Disney.  Without these shorts, Disney is less likely to take a risk on someone different.

Regardless of the potential, these shorts still have to stand up on their own and while each short is only a couple of minutes long, they are still able to tell a story and also, more importantly, invoke emotion from the viewer.

Each short also includes a brief introduction from the director, which provides some additional information about what the short is about and some background on how they came up with the concept.  I personally would have preferred the introductions were after the short, since I’m sure younger viewers will just want to get straight into the action and I also prefer watching the shorts for the first time without an explanation.  But that’s a minor issue I have with these shorts, I’m still glad the introductions are included.

Here are my thoughts on the five shorts:

What’s interesting about this short is that it’s basically a spoof of 1980’s cult cartoon intro, a full montage of all the best bits of the Dinosaur Barbarian, with a catchy tune and as a kid from the 80s, who grew up on “Masters Of The Universe”, “Transformers” and “Thundercats”, this was a lot of fun.  Since that was often the best bit of the episodes!   I thought this was funny and unique.   I love the 80s hand-drawn art style, because that’s what I grew up on, so feels completely normal to me still.

Wow, this short hit me pretty hard.  I even teared up when it reached the end, I expect that from Pixar, but wasn’t expecting it from this set of shorts.   For younger viewers, the message of this short will probably be lost, but for older viewers, it hits the nail on the head so well.  That feeling of seeing the place you grew up changing every time you head home, be it just a new coffee shop taking over a new location, a tree that’s been there for decades suddenly being cut down and just how everything looks similar but things have slowly changed.  But that’s not what got me, it was the scene with him walking down the garden path that really hit home.  With my parents getting older and with all my grandparents now sadly passed away, this scene is a reminder, they won’t be there forever.  And it’s the same with your family pets.  It’s so sad and honestly, it’s making me tear up just thinking about it all now while writing this.    This is the power of great storytelling, getting that emotion and making a connection, I can’t recommend this short enough.

This is such a funny little short that doesn’t translate as well internationally, since for example, here in the UK, you can cross the street anytime you want, but it did remind me of being in New York with my wife and mum, trying to explain the concept of Jaywalking (which just feels odd to us).   “Crosswalk” is a really fun short and seeing the little guy just “Hulking” out through rage was great.   In a world where we’re constantly having new rules telling us what we have to do, that internal feeling of not wanting to follow them when there isn’t any risk around you, did make me think a little about why listening to rules isn’t always the right thing to do.

This is a beautiful short, the visual effects of these two animals using sounds to outdo one another is very impressive.  I’d have liked a few more seconds of seeing them coming together to deal with the other threat, but it’s still a very interesting short, especially as it pushes the boundaries on not just how short looks, but how it uses sounds.   This was my least favourite out of the five shorts in this batch.  However, I’ve got to say, the quality of this batch of shorts is extremely good.

This was such a lovely little short and being a British short, I was able to relate so well to this.  Because travelling on public transport in the UK is also rather grim and everyone is doing their best to avoid any contact with one another.  Having the girl just trying to share a smile with people, but getting very little response, until she makes a baby laugh, which just relaxes everyone on the bus.  It’s a touching moment and having experienced this on the bus many times myself.

Roger has been a Disney fan since he was a kid and this interest has grown over the years. He has visited Disney Parks around the globe and has a vast collection of Disney movies and collectibles. He is the owner of What's On Disney Plus & DisKingdom. Email: Roger@WhatsOnDisneyPlus.com Twitter: Twitter.com/RogPalmerUK Facebook: Facebook.com/rogpalmeruk
View all posts
Tags: review, short circuit