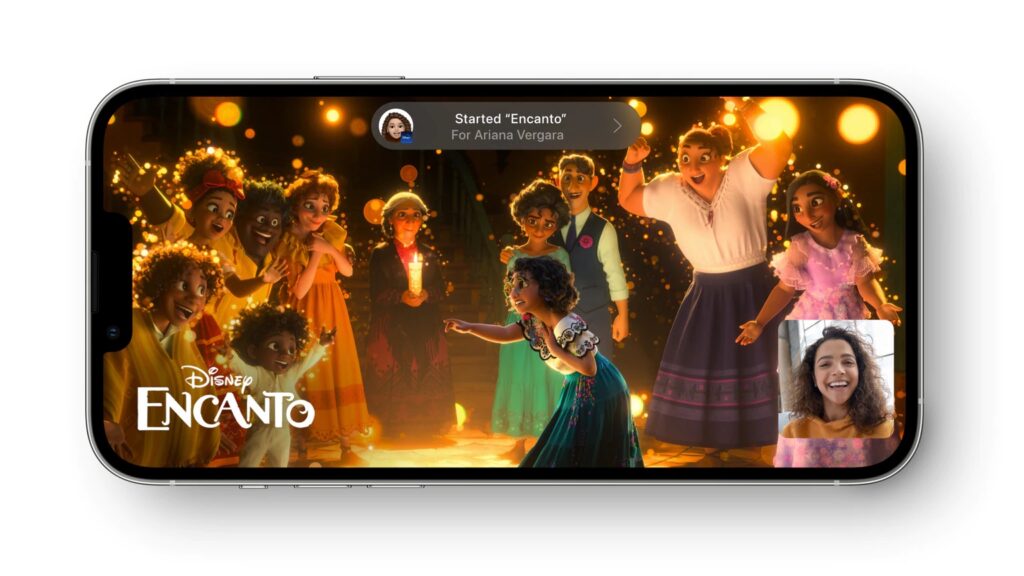 Just in time for Christmas, a new update to the Disney+ app on iPhone, iPad, or Apple TV, has given subscribers access to SharePlay,  which is a great way to come together with personal friends and family by viewing Disney+ content completely in sync while on a FaceTime call.

“We’re very excited to launch SharePlay on Disney+ for Apple users in time for the holidays and ahead of several highly-anticipated premieres.  With thousands of movies and shows and a growing content catalog of new titles and originals, SharePlay provides another opportunity for personal friends and family around the world to come together and create new memories with their favorite stories on Disney+.”

SharePlay sessions can host up to 32 people and offer each participant in the FaceTime call the flexibility of choosing audio and subtitles in the language of their choice. Viewers who prefer a bigger screen can also enjoy the synchronized content on their Apple TV while still sharing the moment with personal friends and family over FaceTime through their iPhone or iPad.

SharePlay on Disney+ is accessible to Apple TV, iPhone, and iPad users wherever Disney+ is available. All users in the session must be a Disney+ subscriber and have devices running tvOS 15.1, iOS 15.1 or iPadOS 15.1 or later in order to use the feature. GroupWatch, Disney+’s native in-app co-viewing feature, will continue to be available globally to subscribers in the same country across all compatible devices and operating systems.

Will you be using this new feature?