Disney is currently filming the upcoming Marvel Studios Disney+ series “Ms Marvel” in Atlanta, Georgia and Just Jared has shared some photos from the set, which show Iman Vellani in her superhero costume for the first time. 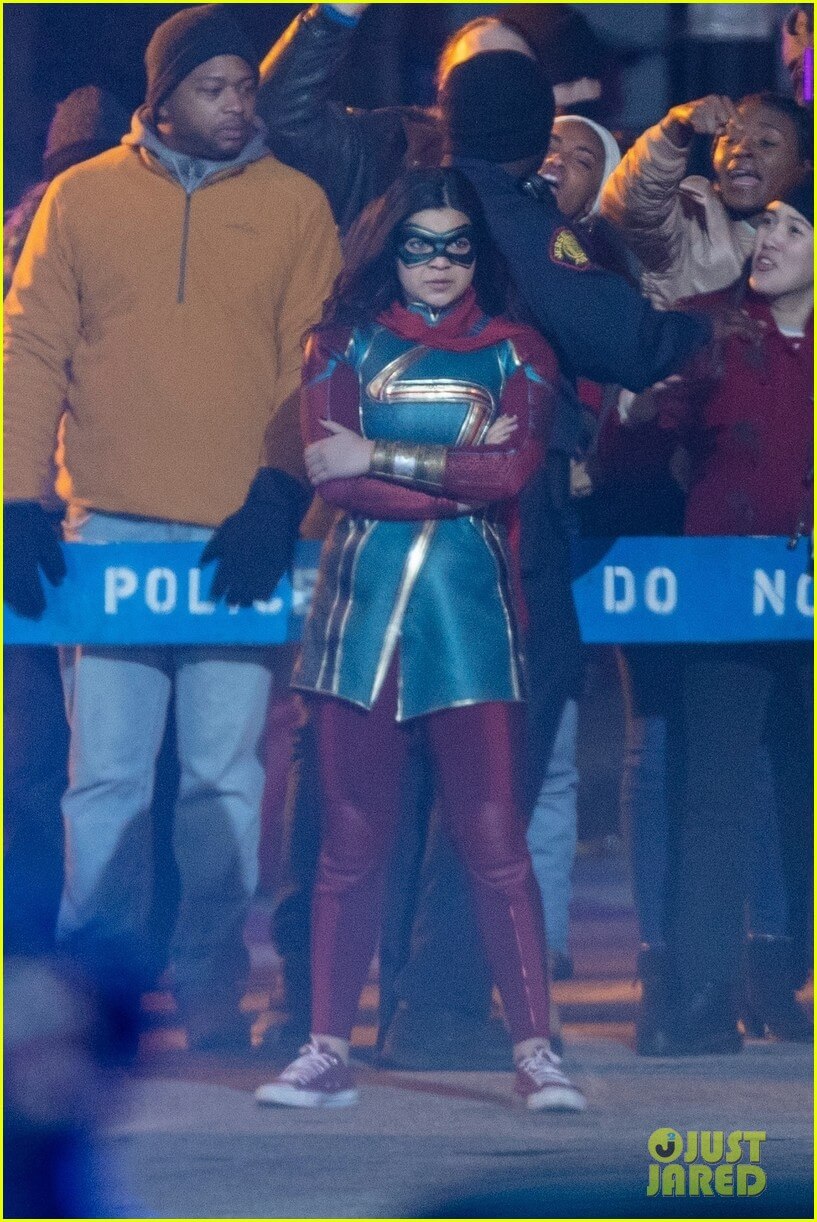 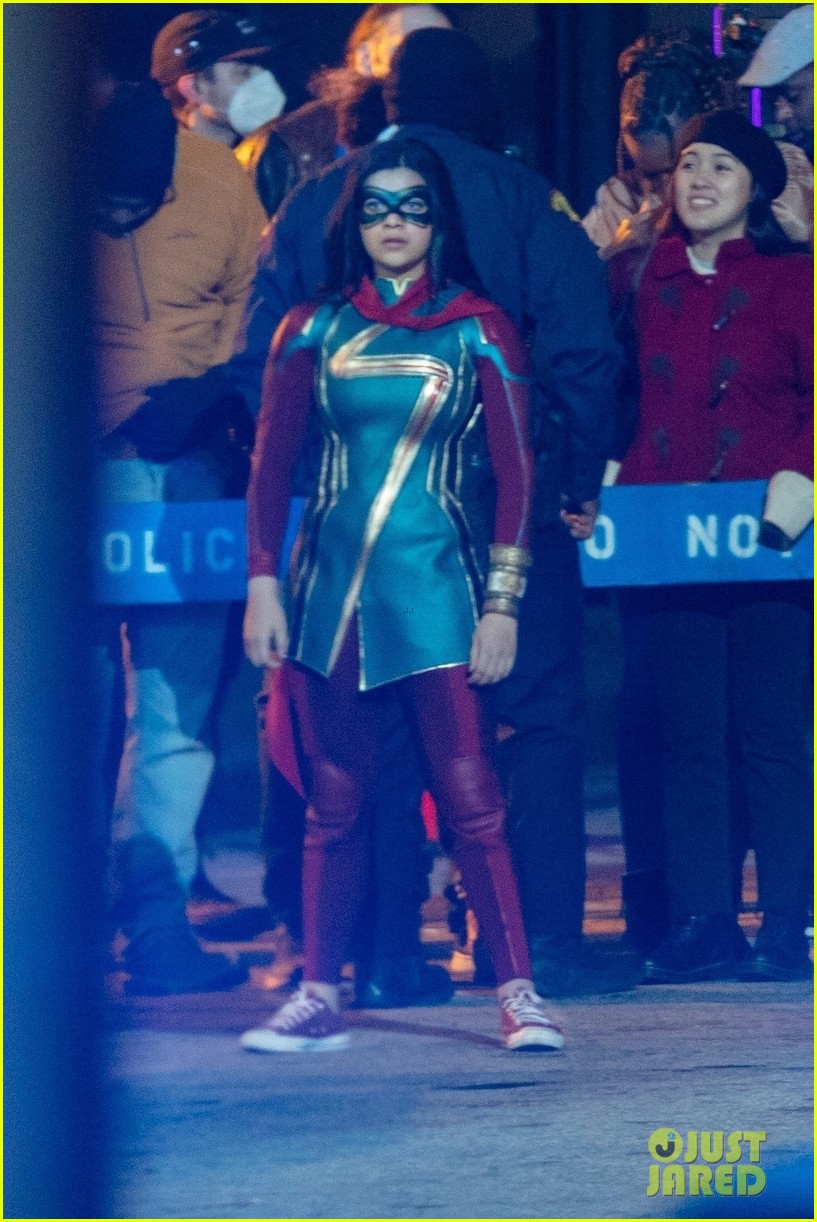 It’s also important to note that Marvel does sometimes tweak superhero costumes with CGI after they’ve been filmed, this has been revealed in both episodes of “Assembled: The Making Of”, which shared a look at the making of “WandaVision” and “The Falcon and the Winter Soldier”.  So her outfit might look a little different when it’s on our screens.

Ms Marvel is a Pakistani-American teenager that is based in New Jersey and gains superhuman abilities to stretch and make herself bigger. Ms Marvel will become Marvel Studios’ first onscreen Muslim hero. She will also be making an appearance in other Marvel movies, including Captain Marvel 2.

No plot details on the upcoming Ms Marvel series have yet been announced, with the show being written by Bisha K. Ali, with the show featuring multiple directors including Adil El Arbi and Bilall Fallah, Sharmeen Obaid-Chinoy and Meera Menon.

Check out the Ms Marvel Sizzle Reel that was released last year:

“Ms Marvel” is due to arrive on Disney+ later this year.

Are you looking forward to seeing “Ms Marvel” on Disney+?