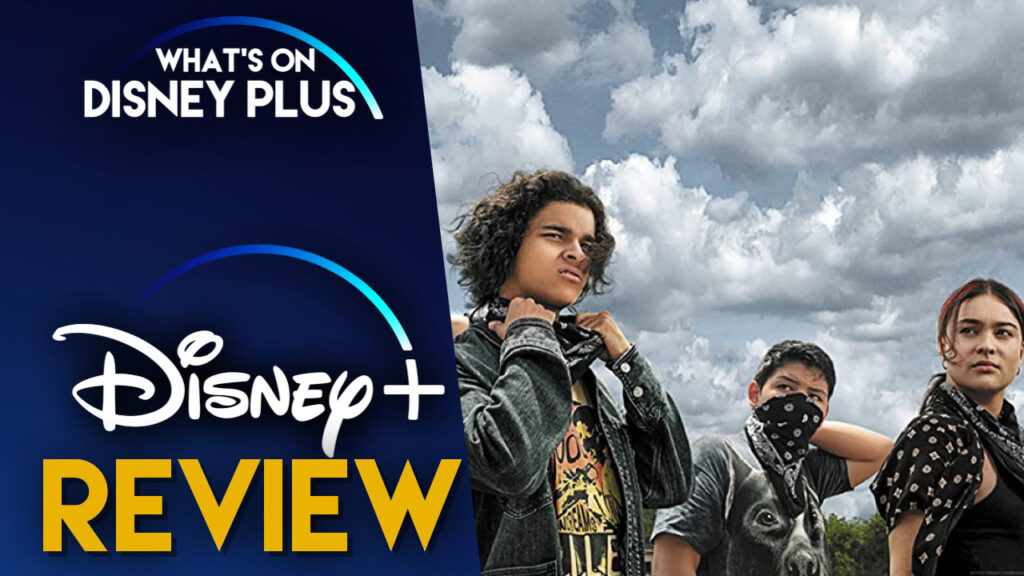 “Reservation Dogs” is the latest new original series to be released on Disney+ worldwide as a Star Original and tells the story of four Native teenagers in rural Oklahoma, who spend their days committing crime… and fighting it.

The show kicks off with the gang stealing a truck full of potato chips, so they can make enough money to leave town. They hate the community they live in. They hate everything about where they are and blame the town for the death of their best friend. But after a run-in with a new local gang, the main character, Bear, is visited by an imaginary Native American, who isn’t as well known as “Sitting Bull” or “Crazy Horse”. He’s a fun character, who instantly reminds me I’m watching something created by Taika Waititi. It’s a bit out there, and I like it. This sets Bear in a new direction, where he wants to protect the town from the new gang.

This is a very different kind of show. It’s incredibly refreshing, since it’s rare that we see such an honest and modern look into the world of an indigenous community within the US. It does take a little time to warm up to the characters, but I found these characters quickly became very relatable. Being in a small town, where everyone knows you, I can completely relate to that, even being thousands of miles away. That feeling of wanting to get away and start afresh, while also still loving where you’re from.

“Reservation Dogs” isn’t going to be for everyone, but it has a unique feel to it, that will hopefully win you over. These characters aren’t angels, but they have a good heart, which is why you end up caring for them. If you’ve ever watched the UK show “Brassic”, it gives me those same vibes, as they both follow some lovable rogues in a rural community, getting in above their head and dodging the police. Even the local police officer is a fun character, who is always watching, looks incompetent, but has his own way of keeping the town and its people safe. 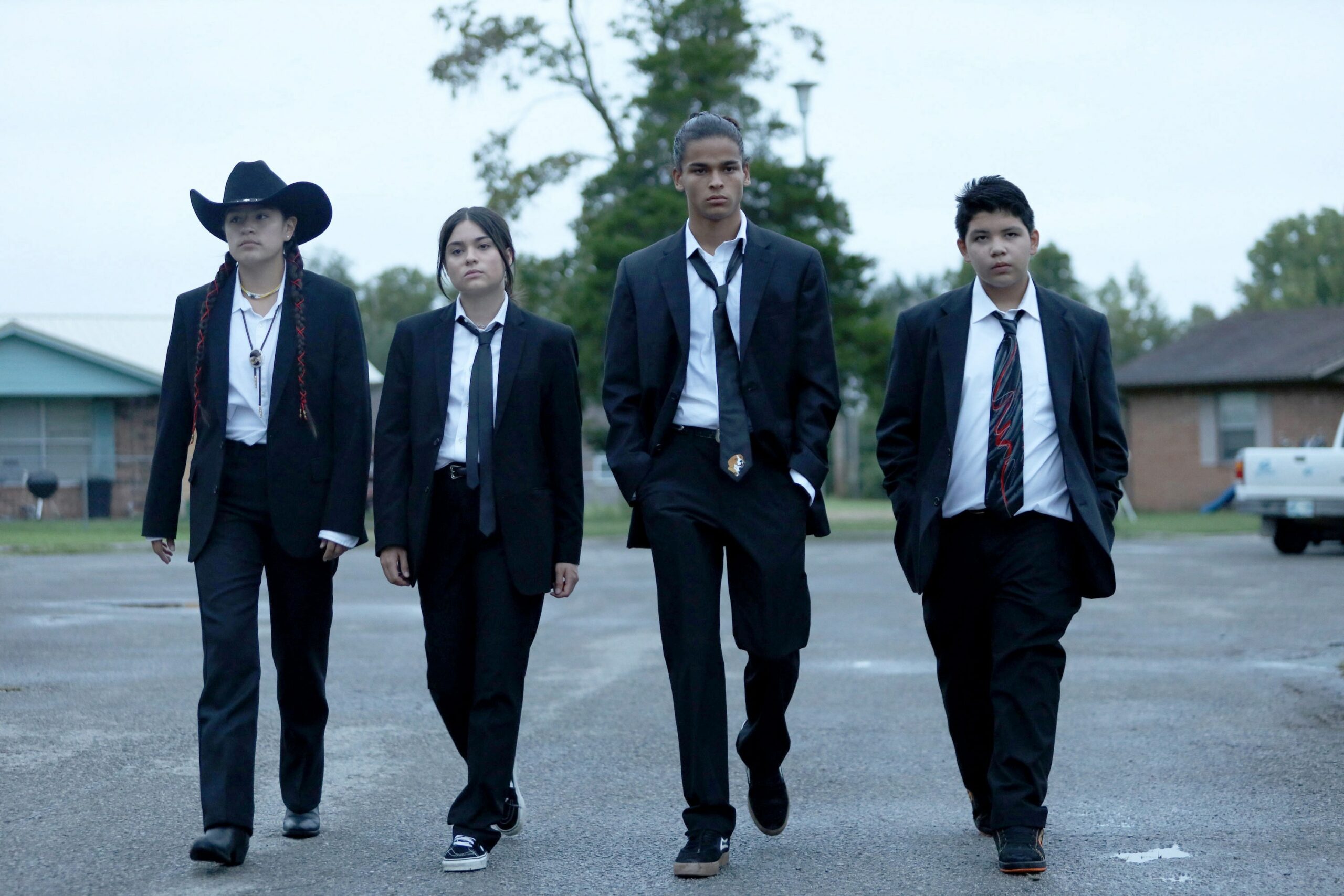 This series also has two fantastic additions in LilMike and FunnyBone, who are two local actors and rappers, who just randomly appear on their BMX bikes and bring some more life into this comedy. Just adding to this rather strange but amusing show. The setting of Oklahoma is also an interesting choice, since it’s extremely rural and adds more texture to the show.

Each episode is about 30 minutes long, which feels about right, as there isn’t a central plot going on, since most of the scenes are just the group hanging out together, since there really isn’t much else to do. Everything is pretty low-key, with a slow method of building up the characters.  Even watching them in a hospital waiting room or sitting outside trying to sell meat pies, they aren’t doing anything exciting, but its shows the reality of being in a small town, where it’s the people that make it.

Overall, “Reservation Dogs” is an odd-ball of a comedy series. It’s quirky and wildly different, which I love. It feels completely fresh and unlike anything else being released right now. I’d easily recommend that people watch the first couple of episodes to get a good feel for the characters. This series shines a big spotlight on what it’s like for young people living in an indigenous community. It’s quirky, it’s got lots of heart, and I really enjoyed watching it. I’ve watched the first few episodes, and I’m certainly going to be coming back each week for new episodes and knowing there is already a second season in the works, makes me very happy.

The first two episodes of “Reservation Dogs” are coming to Disney+ in the UK and Ireland on Wednesday 13th October, with new episodes dropping every Wednesday. The series is already available on Disney+ in Canada and New Zealand, with the series also being available on Hulu in the United States.

Roger has been a Disney fan since he was a kid and this interest has grown over the years. He has visited Disney Parks around the globe and has a vast collection of Disney movies and collectibles. He is the owner of What's On Disney Plus & DisKingdom. Email: Roger@WhatsOnDisneyPlus.com Twitter: Twitter.com/RogPalmerUK Facebook: Facebook.com/rogpalmeruk
View all posts
Tags: reservation dogs, review