Just over a week after the release of “Raya and the Last Dragon” on Disney+ Premier Access and in cinemas, Disney has announced details on the home video release of the film on all major digital platforms beginning April 2nd, and on 4K Ultra HD, Blu-ray and DVD in the US on May 18th.

Long ago, in the fantasy world of Kumandra, humans and dragons lived together in harmony. But when sinister monsters known as the Druun threatened the land, the dragons sacrificed themselves to save humanity. Now, 500 years later, those same monsters have returned and it’s up to a lone warrior, Raya, to track down the last dragon in order to finally stop the Druun for good. However, along her journey, she’ll learn that it’ll take more than dragon magic to save the world—it’s going to take trust as well. From directors Don Hall and Carlos López Estrada, co-directors Paul Briggs and John Ripa, producers Osnat Shurer and Peter Del Vecho, the film features the voices of Kelly Marie Tran as Raya and Awkwafina as Sisu. 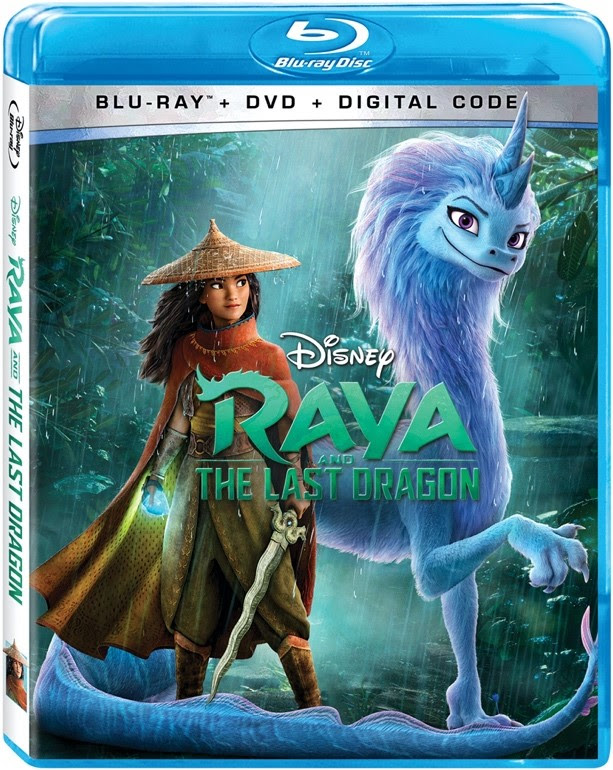 Disney did release “Mulan” on digital platforms about a month after the film was released on Disney+ Premier Access. Still, there can be little doubt that Disney has drastically speeded up how quickly films are going through the release windows during the pandemic to increase how much money they can pull in as quickly as possible with cinema releases still not delivering the results they want and possibly showing Disney+ Premier Access isn’t working as well as they would like.

Will you be picking up “Raya and the Last Dragon” on home video or will you be waiting until it arrives on Disney+ on June 4th?